On Saturday evening in Cremartin, Scotstown won the Monaghan U15 Football Championship title with a one-point victory over Castleblayney.

"I've watched them from a young age, and you can see they're a special group of players," the 2018 All-Star told Jerome Quinn.

"They're a tight-knit group, they hang out with each other outside of football.

"I remember coaching them in the school, in my old job, and seeing the love and passion they have for Gaelic football. They watch all the senior games. They're always down the pitch in their spare time.

"Beforehand, they were looking at photos in the complex and picking out old players, and saying 'There's Darren Hughes when he was younger. There's Mark McDevitt, one of our management team'. They're so clued into it. It's not just that they play football, they know football really well too."

This weekend, the Monaghan SFC semi-finals as they aim to retain the Mick Duffy Cup and win their 21st county title.

"They've been well-coached previously coming into this team. We were lucky to get the role with the lads this year. I knew that this achievement was doable for them.

"Any bit of advice, or special coaches that came in for us this year, they really took onboard what we were trying to do. You could see today that it came to fruition with big scores. That period just after the water break, when we hit seven unanswered, I just knew at that stage we weren't going to be caught." 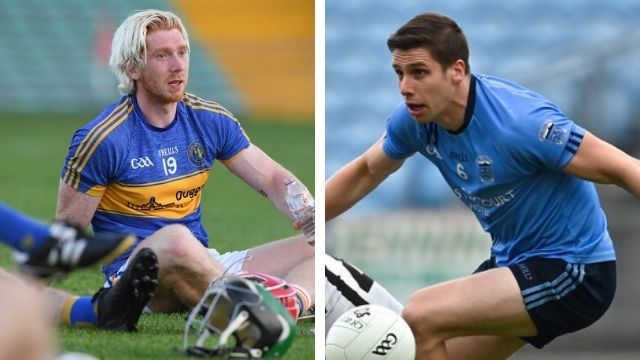