Two years ago, Ryan Burns announced his arrival on the senior inter-county scene.

Aged just 17, he was named in the Louth panel to face Westmeath in the opening round of the Leinster Championship.

The Hunterstown player came off the bench after 58 minutes and with his first touch grabbed a goal for Louth.

Louth's provincial campaign would come to an end in the next game against Kildare. In the qualifiers, despite a heavy loss to Tyrone, Burns made his mark by scoring three points.

This year has already been one of note for Burns. He scored four points against Antrim as Louth won promotion and the National League Division 4 title last month. 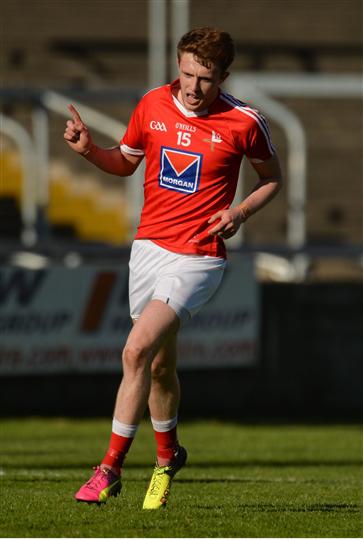 On Saturday, at O'Moore Park, Louth played their opening game of this year's Leinster Championship.

Against Carlow, they notched up an impressive 2-24 in a ten point victory.

His goal arrived late in the match, a superb finish.