On Saturday evening, Ryan O'Donoghue stepped into the biggest boots in Mayo football. With Cillian O'Connor out for the season due to an Achilles tendon injury, O'Donoghue assumed the free-taking duties for Mayo's Connacht Championship opener against Sligo.

The young forward went into the game with some words of advice from O'Connor.

"Cillian sent me a voice note on Saturday morning, wishing me well and telling me to stick with my routine, that nothing changes, and it's the same if you're practising or in a championship game," says O'Donoghue.

"Cillian the man is even better than Cillian the footballer. He's a gentleman.

"But Cillian has been brilliant for the likes of me and the younger lads to look up to.

"From the first day I walked in, he's been the exact same to everyone. He sees the game a lot better than most players and he'll always come over and give you words of advice." 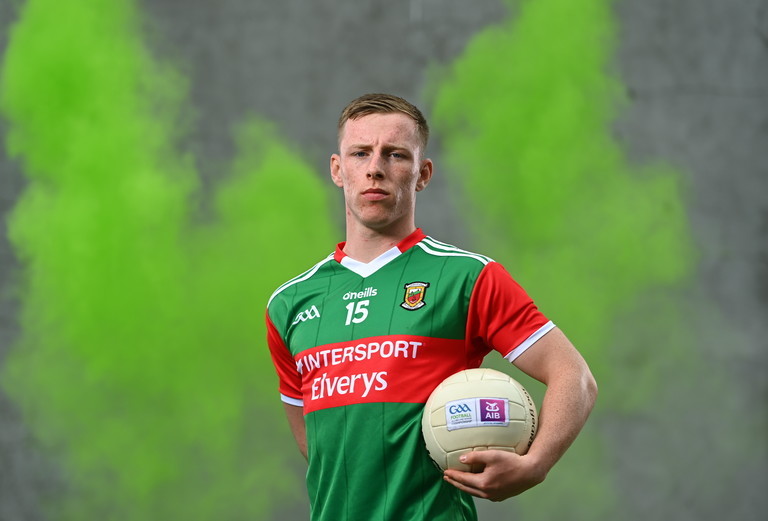 Mayo hit 3-23 in Saturday's 20-point victory at Markievicz Park. O'Donoghue scored five of those points, with four coming from frees.

"I've done it for my club Belmullet and I did it for the minors in 2016," he says about the free-taking role, "it's something I'm comfortable with and happy to take on the responsibility if I can keep proving to [Mayo manager] James (Horan) that I'm well able to do it.

"In sport, injuries are going to happen. I was always mentally prepared that someday I might have to take them. I've always been ready.

"When I get that added responsibility, I love the pressure of it and it lights that fire in my belly. I don't always need it to play well, but I definitely don't shy away from it, and I'm well comfortable with it."

O'Donoghue, who was part of the Mayo U20 team which lost the 2018 All-Ireland final, only made his championship debut last October against Leitrim. He went on to start December's All-Ireland final defeat to Dublin and be nominated for an All-Star.

"A lot of us have made the step-up, myself Oisín (Mullen), Tommy (Conroy), Jordan (Flynn)," he says.

"It's a credit to the dressing room from the older lads, because they let us voice our opinions and lead us. Going into it, I was thinking it would be hard to be a leader in that dressing room with all the older lads. But they were so open and welcoming and wanted us to be leaders.

"And I think that kind of showed last year with seven or eight of us making our championship debut against Leitrim and the majority of us got playing for the rest of the season. That was a credit to the older lads. It showed that we were able to be leaders and they let us be leaders.

"Chrissy Barrett, a former clubmate of mine, always said that leaders come in different shapes and sizes. Someone who's just roaring all the time in the dressing room, [that] doesn't necessarily mean he's a leader. Chrissy wouldn't be a man of many words but when he spoke, everyone listened and it was always the correct thing.

"The physical demands are the biggest step-up from that [U20] level. James has made our transition a lot easier.

"He's given us the chance but we had to earn that chance. It's not about what age you are or who you are, it's if you're putting in the work and playing well. Us, the younger lads, we earned our chance and we took it.

"We've just gone from there really and haven't looked back. That was one of my goals for the season, I didn't want to just be a one-season wonder. I wanted to push on this year and so far I've done that."

O'Donoghue was in attendance at the launch alongside Pádraig Faulkner, Kingscourt Stars and Cavan, Conor Sweeney, Ballyporeen and Tipperary, Daniel Flynn, Johnstownbridge and Kildare, and Paul Donaghy, Dungannon Thomas Clarkes and Tyrone, as AIB celebrated the return of summer football and the reignition of county rivalries nationwide ahead of some of #TheToughest games of the year. 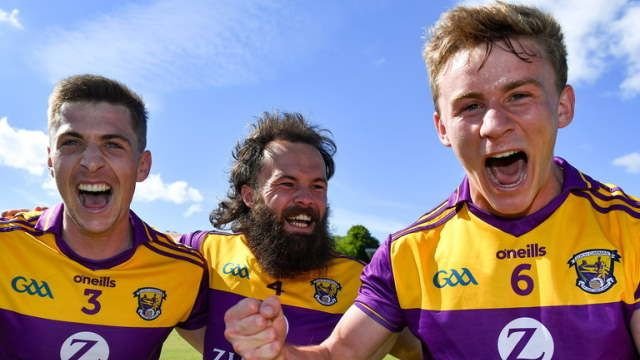