'I Didn't Even See The Punch Coming. I Fractured My Skull, Broke My Jaw'

In late October 2015, while standing outside a nightclub in Birmingham, Ryan O'Dwyer was the victim of an unprovoked assault which caused him serious brain trauma along with other injuries.

The Dublin hurler was in England, along with teammate Maurice O'Brien, for the Rugby World Cup. O'Brien had gone to the chipper while O'Dwyer sought entry to the nightclub.

"I started chatting to the bouncer, and he said 'We're sorting out an incident inside. Wait on a few minutes and I'll sort you out and look after you for the night'," says O'Dwyer, the subject of the latest episode of TG4's Laochra Gael series.

"I thought, 'Brilliant. Sorted'. That's more or less the last thing I remember.

"I didn't even see the punch coming, I got hit in the side of the head. I fractured my skull, broke my jaw. There was a cut in the back of my head as well from when I hit the ground."

When O'Brien rang O'Dwyer's phone, a woman answered and told him his friend had been knocked out. It was explained to him that O'Dwyer had been the first in the firing line for people who'd been kicked out of the nightclub.

O'Dwyer spent a week in West Bromich hospital and returned home with the help of the Dublin county board. There followed some tough times for him and his wife Cliodhna.

"The hardest thing around that time was the recovery," says O'Dwyer.

"I became aggressive, very irritable. I was a horrible person to Cliodhna. I never physically abused her, and I never would, but emotionally I abused Cliodhna.

"I vaguely remember there were times when I'd get angry with her and I'd be in her face, giving out. I didn't know what I was doing. A lot of it, I can't even remember. It was a tough time for Cliodhna."

Cliodhna says Ryan was constantly agitated, but she still saw flashes of the man she loved.

"He would be really critical of myself," she says.

"Really critical of our son Oisín. Critical of everything and anything. He had a really short fuse. Every time we went to see the neurologist, and they said he still couldn't drive for six months, he was annoyed because he wanted to be six months down the line already.

"We were due to get married the following year and I was thinking, 'Oh my God, what's going to happen here?'

"There were still glimmers of him there. 'In sickness and in health...' I wasn't going to leave him in his hour of need. I love him, obviously, and I wanted to see him through that."

O'Dwyer did recover, both mentally and physically. Eight months after the assault, he once again lined out for Dublin.

"It's now that I appreciate Cliodhna," he says.

"It's now that I appreciate everything that she's done for me; how much of herself she's given to me, to the kids, to our relationship - she has sacrificed her happiness for mine for so long, and now it's my time to hopefully repay it back."

"Not a week goes by that I don't think of that"

"And what could have been" 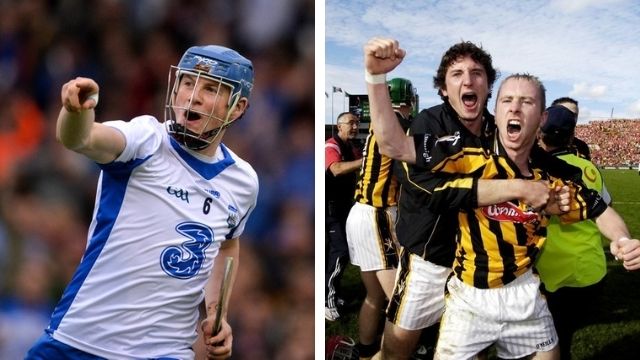 GAA
12 hours ago
By Gary Connaughton
Jackie Tyrrell Calls Out The 'Double Standard' Holding Back Kerry Hurlers
GAA
14 hours ago
By PJ Browne
'I'm In The Heart of Limerick City. You Can See Them Coming A Mile Away'
GAA
2 days ago
By PJ Browne
Five Football Games To Watch Live On Television This Weekend
Previous Next