Since the beginning of 2019, Galway have now won two All-Ireland camogie titles and three Littlewoods Ireland National Leagues, meaning that of all the top tier national honours on offer in that time, the only prize that they’ve missed out on was the 2020 All-Ireland, when Denise Gaule’s late penalty snatched a surprise win for Kilkenny.

It’s a great time to be involved with the team, and goalkeeper Sarah Healy is certainly not taking it for granted.

“Everybody says that when you’re playing, you want to win as much as you can when you have the opportunity,” says Healy.

“Next year you don’t know what’s going to happen. It’s a cliché, but we really do just take it one game at a time and savour each one.”

Amy O’Connor’s goal for Cork in Saturday night’s final at Croke Park was just the second green flag that was waved in front of Healy’s posts during the county’s five league games this year.

The St Thomas’ netminder pays tribute to her defence, where proven stars like team captain Sarah Dervan have helped to blend younger players like Róisín Black and Rachael Hanniffy into the set-up. 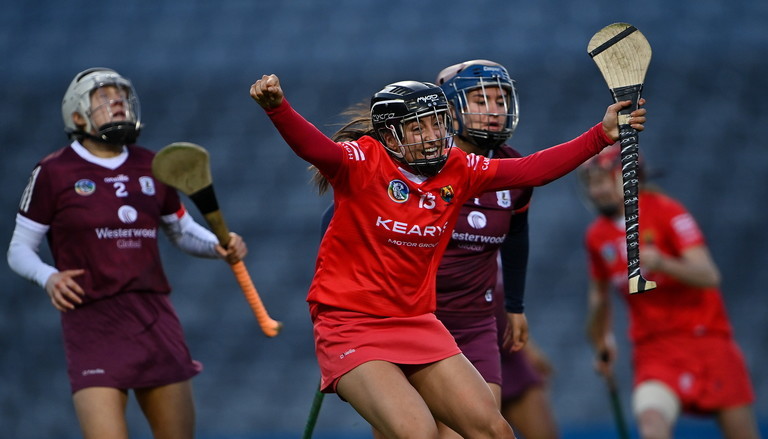 “I’m delighted with that record, but that probably shows the calibre of our backs rather than me, I don’t think I had many shots to actually save. So that really shows how good our six backs are, and the players that come off the bench.

“I think (our comeback) really shows our character development over the last couple of years. They got a goal to go up by six and we didn’t panic, we kept tipping over the points and we knew if we kept working hard and taking our chances, the goals would come. So it was just a case of don’t panic, take the points, and it earned the victory in the end.”

Being able to call on a host of ravenous forwards who were eager to earn a starting place for the championship was a huge asset to the Galway management on Saturday night. Carrie Dolan scored 1-4 after coming on with nearly two thirds of the game gone, while Catherine Finnerty and Sabina Rabbitte also fired crucial scores.

“That really just shows the depth in our panel” Healy notes.

“At training there’s fierce competition and no one could pick the team. As players we didn’t have a clue what the team was until they named it, anyone could be on it, which is a great thing to have because you need that in a panel. You need people coming off the bench to drive things on.”

Some sort of drive was certainly needed after half-time on Saturday, as Cork gradually took control of the game before O’Connor’s strike put the Rebels six points up. However, Galway’s recent history shows that they invariably find a way to work themselves back into contention.

“We were three points down at half-time and we talked about how if they got the first one or two they’d be up by five, but that we couldn’t panic. Then they came out and got the goal and we didn’t panic, we stayed working hard and we drove on and it shows what we’re about as team.

“A game like that is probably worth about five training sessions when you think about it. Competitive games where everyone is fighting to win, that’s what brings you on loads.

“We were really tested out there and everyone involved worked hard to make sure we came through it, and hopefully we’ll be able to keep doing that.” 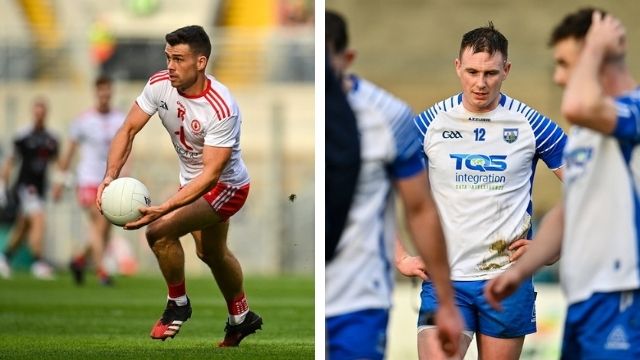