Tipperary's Seamus Callanan loves a goal. That much is obvious. The full-forward hit his seventh of this Championship within minutes of the throw-in for the All-Ireland semi-final at Croke Park.

The 30-year-old's first-time strike ensures he is now the fourth-most prolific goal scorer in the history of championship hurling. He passes out DJ Carey and Christy Ring's total of 33. It was his 34th championship goal and a shot worthy of the achievement.

His effort was a sensational piece of skill, striking the ball first time to fire a rocket past Mark Fanning. The first chance offered to him in the game and he took it.

While it will be near impossible to overtake Nicky Rackard's remarkable total of 59 Callanan's total ensures he will be considered amongst elite company. However, third-placed Eddie Keher's total of 35 is well within reach. He may even look as high as Wexford's Tony Doran in second on 40.

For Callanan, it is just the latest in a long list of impressive feats. The Drom-Inch club man has collected three All-Stars, two All-Irelands, scored a total of 55-462 and counting. 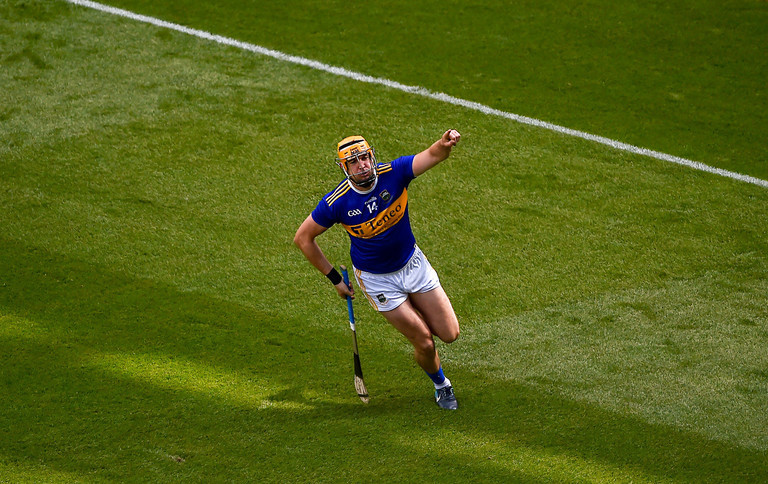 What's all the more impressive is the era he did it in. The modern game's best forwards continue to gravitate out the field. Think of Joe Canning, Walter Walsh, Cathal Mannion.

That's just the by-product of a game in the midst of a golden era. Star forwards, like Patrick Horgan and TJ Reid, continue to thrive. All-time greats. With a gorgeous goal in the GAA's HQ, Callanan consolidated his place amongst them.

Hurling
6 months ago
By Michael McCarthy
Quiz: Do You Remember The 2019 Intercounty Football And Hurling Championships?
GAA
1 year ago
By Balls Team
The Balls.ie Selection For The Hurling PwC All-Stars
35

Hurling
6 months ago
By Michael McCarthy
Quiz: Do You Remember The 2019 Intercounty Football And Hurling Championships?
GAA
1 year ago
By Balls Team
The Balls.ie Selection For The Hurling PwC All-Stars
GAA
1 year ago
By Mark Farrelly
Nominations For PwC Hurling All-Stars And Player Of The Year Revealed
Popular on Balls
Rugby
16 hours ago
By Eoin Harrington
Mike Brown's 16-Year Harlequins Career Is Over After Stamping Ban Issued
Other Sports
17 hours ago
By Balls Team
12 Of The Most Cringeworthy Moments In Sporting History
The Rewind
13 hours ago
By Balls Team
The 5 Best Irish Accents By Foreigners In Cinema History
The Rewind
13 hours ago
By Donny Mahoney
The Best And Worst British Media Coverage Of The Ballymurphy Verdict