'One Week From The Biggest Game Of Our Lives, We're Heading For Scotland'

A new documentary about legendary Meath football manager Seán Boylan will air on RTÉ One on Thursday, August 6th at 10.10pm.

In 1991, Meath defeated Dublin in the first round of the Leinster Championship following a famous four-game saga. Prior to the fourth and decisive game, the Meath county board asked Boylan if he thought a weekend away would be beneficial for the team.

"Most of the lads were married and I said to the wives, 'Listen, would you mind if I took the lads away for a couple of days?' [They said], 'Seanie, anything to beat the Dubs!' That's the way it was," Boylan says in 'Seán' which was directed and produced by Alan Bradley.

Many of Boylan's players, including Colm O'Rourke, Colm Coyle, Mick Lyons and Gerry McEntee also feature in the programme.

"We were one week from the biggest game of our lives," says O'Rourke.

Next thing we were told, 'Get ready, on Friday evening, we're heading for Scotland'. Wives, girlfriends, the whole lot.

It definitely was the biggest drinking session I was ever involved in. The craic was fantastic on the Friday night. It got to the point at five or six in the morning where there was no drink left in the hotel.

We went out the next day and tried to train and weren't really able to train very well. We came back on Sunday totally refreshed.

Boylan says that trip broke a tension which was building in the group. They defeated Dublin by a point in the third replay and went on to beat Laois in the Leinster final. 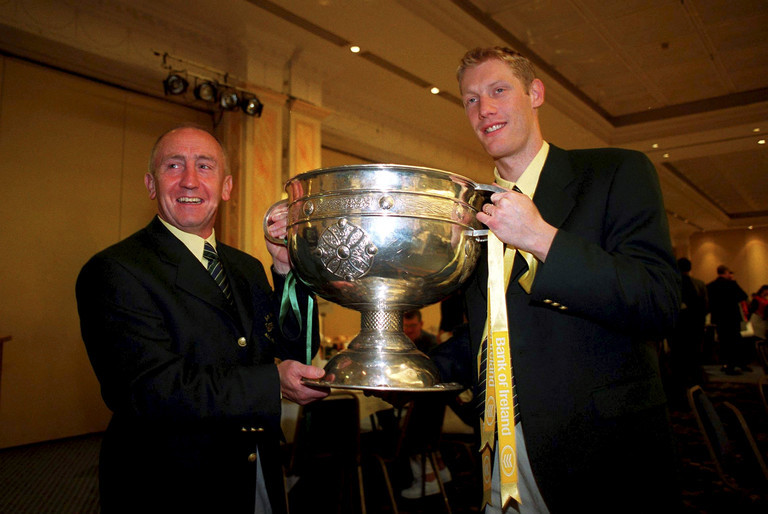 In the build-up to the 1991 campaign, Boylan utilised innovative training methods. Many of the Meath team were in the 30s and beginning to creak with injuries.

Boylan read about 1984 Olympic marathon champion Joan Benoit and how, due to an injury, she had trained mainly in a swimming pool to prepare for those Games.

"We headed to Gormanstown College and in the college there was this great swimming pool. We go in, put on the buoyancy aids and the lads do training in water. Up to three weeks before we played the first round against Dublin, the training with me was all done in water.

"I remember after the training session, we were in the car and we were driving out the gates of Gormanstown College. Gerry [McEntee] turned to me and said, 'Do you mind me asking you something? How are you going to face the people of Meath next June when you're beaten in the first round of Leinster and people say, 'How did the training go?' [and the answer is] 'We were swimming'.'

Meath ultimately lost that year's All-Ireland final to Down.