Sean Boylan Had A Powerful Appearance On Last Night's Underdogs

Meath football legend Sean Boylan made a powerful appearance on TG4's Underdogs on Thursday night - and his Kerry counterpart Mickey Ned O'Sullivan praised him as "the most inspiring" player he has ever come across in Gaelic football.

TG4's GAA series Underdogs is in the midst of its first ever season centred on ladies' football. The team leaders - Mickey Ned O'Sullivan, Kevin Cassidy, and Michelle Ryan - are assembling an all-star team of players who have never represented their county or won an All-Ireland to take on this year's senior champions Meath.

The latest season of Underdogs has had some amazing moments so far, including one emotional story from the very first episode that had Mickey Ned O'Sullivan in tears.

The team is now assembled and preparing for the big clash with Meath and, to prepare them for the clash, Mickey Ned brought in a true legend of the Royal County, Sean Boylan, to say a few words to the team.

Boylan immediately captivated the room, with some outstanding advice to the team. He said that the unique way that the team has been brought together is something that they can use to their advantage, saying that Meath will know what Meath can do - but not what the Underdogs can do.

"The most inspiring man I ever met in football" - Mickey Ned ag caint faoi Seán Boylan.

When asked for his favourite memory from his playing career, Boylan had no hesitation in telling an emotive story about his father.

My dad saw me playing three times in Croke Park. One of the days coming off the pitch, he was there. He had Parkinsons and he put his arms around me.

I was just so moved, because it's family. Sport is family. Really, it had an amazing effect on me. He was actually born in 1880, isn't that hard to believe?

Sean Boylan's story of the emotion that a simple hug from his father brought to him is a measure of the power of sport. Mickey Ned said as much, when he thanked Boylan for his words by saying:

I said to you before that Sean was the most inspiring person I ever met in Gaelic football. You now know why.

The crunch match with Meath takes place on Saturday December 11th, and we will be on tenterhooks to see how the Underdogs side get on against the All-Ireland champions. 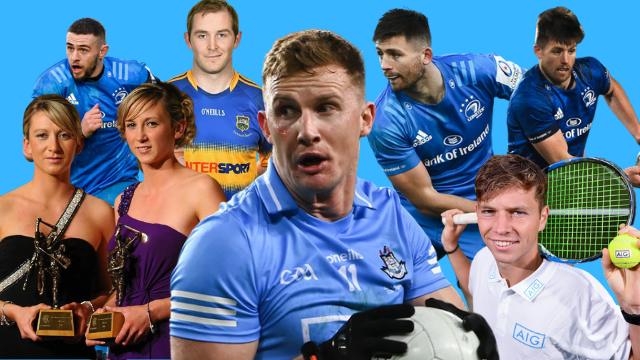 GAA
2 years ago
By Maurice Brosnan
Who Should Be The Next Kerry Captain And Why Does It Matter?
GAA
2 years ago
By Maurice Brosnan
'Going To Football Is What We Do' - A Common Goal For Croke Park's Congregation
GAA
7 years ago
By Conor Neville
Balls Remembers... Kerry: The Lost Years 1987 - 1996
Popular on Balls
Rugby
11 minutes ago
By Jonathan Byrne
'People Can Say What They Want' Jack O'Donoghue On Munster Criticism
Football
48 minutes ago
By Jonathan Byrne
Roy Keane Enjoyed Dig At Harry Kane For Referee Bias Being 'England Captain'
GAA
1 hour ago
By Eanna O'Reilly
Lorraine O’Shea Goal Crucial As Mullinahone Reach All-Ireland Final
GAA
2 hours ago
By PJ Browne
Insane Drama As Late TJ Reid Goal Sends Ballyhale Into All-Ireland Final