Cork put up a bit of a fight in their Munster semi-final loss to Kerry, although the 12-point gap between the sides at the final whistle was a fair reflection of where both teams are at the moment.

The Rebels are well off the pace at the moment, certainly in comparison to their Munster rivals. They are a bottom half Division 2 team at best and it will take quite a bit of development before they can challenge at the top level once again.

The team were praised by some for their effort in the game, although Sean Cavanagh said that should be a minimum requirement for this side.

Speaking on The Sunday Game, the former Tyrone star said that Cork perhaps would have been better served if they were not going into the Tailteann Cup for the remainder of the summer and not the qualifiers.

"Maybe for a young team, a Tailteann Cup would be a better place to develop. I wouldn't give them massive hope going in the back door." - Seán Cavanagh does not subscribe to the theory that Cork can take confidence from their display against Kerry. #GAA pic.twitter.com/oMAR3ce6GM

I don't really buy into this whole morale boosting 'they put in effort'. They've lost by 12 points to their biggest rival.

They made a bit hullabaloo about bringing the game to Pairc Uí Rinn in the first place because they knew they would get destroyed in a wide open Killarney. Effort should be the minimum standard for Cork going into a game of that magnitude. Really and truly, I thought Kerry kept them in the game with some soft frees and whatnot.

I'm just not sure where Cork are going at the moment. I watched them celebrate after beating Offaly in the league to stay in the All-Ireland championship, but I'm not totally sure if that's the right place for them.

For a young team, maybe the Tailteann Cup is a better place to develop. Looking at yesterday's performance, I wouldn't give them massive hope going into the back door.

Cork retained their status in Division 2 with that final day victory over Offaly, ensuring they would be competing for Sam Maguire this summer.

However, it seems unlikely that they will be making any sort of deep run in that competition in the weeks ahead.

SEE ALSO: Pundits Split On If Aaron Gillane Should Have Seen Red 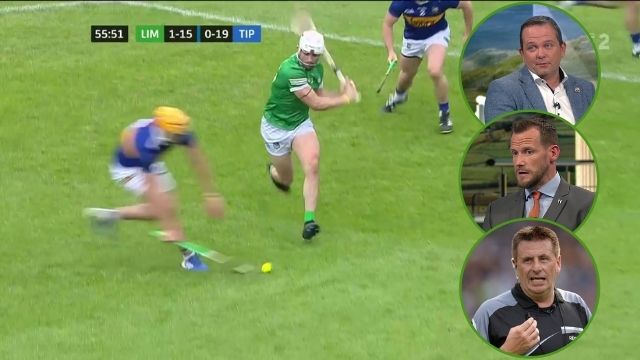