On RTÉ following their 2001 All-Ireland minor semi-final victory over Mayo, the Tyrone players' chances of making the step up to senior level were dismissed by Joe Brolly.

Tyrone won the game by three points but had shot 15 wides and had several goal chances saved by Mayo's David Clarke.

The Irish Independent reported that Brolly said the Tyrone performance "was bad enough to make dogs eat their Grannies".

Joint Tyrone manager Liam Donnelly admitted his players were "hurt" by Brolly's comments and that they would be using them as an incentive in the final against Dublin. Tyrone defeated the Dubs by 11 points in the decider.

In the Tyrone team that year was Sean Cavanagh.

"He said, 'Yeah, well, no one that plays for Tyrone there will ever play senior level'. I've just reached the pinnacle of my entire footballing career and apparently I'm not going to play senior for Tyrone," says Cavanagh in his episode of Laochra Gael which airs at 9:30pm, April 22nd on TG4.

Cavanagh made his senior championship debut the following year, scoring 1-2 in a Man of the Match performance against Armagh. He would go on to be a key player in all three of Tyrone's noughties All-Ireland victories, and be named 2008 Footballer of the Year.

"Any negative criticism that came his way, it nearly drove him on," says Sean's brother Colm, also a Tyrone teammate.

"Someone who was coming at him with negative stuff, he was able to channel that into 'You know what? I'll show you'."

Brolly's 2013 suggestion that "you can forget about Sean Cavanagh as a man" for hauling down Monaghan's Conor McManus in the All-Ireland quarter-final is also raised in the Laochra Gael episode.

"Joe had a great way of making things about him almost," says Cavanagh.

"Within the rules at that point in time, you could drag a player and accept a yellow card. It was difficult how Joe failed to see that. Anyone I spoke with around that time, including Conor McManus - just moments after that game, he'd said to me, 'Yeah, I would have done exactly the same thing if it had been the other way around'.

"I remember getting a phone call from a business that I worked with. They wouldn't have followed Gaelic football. I remember the guy saying to me, 'Sean, what did you do? There's all this stuff that I'm reading here about you cheating. Did you really hurt somebody?'" 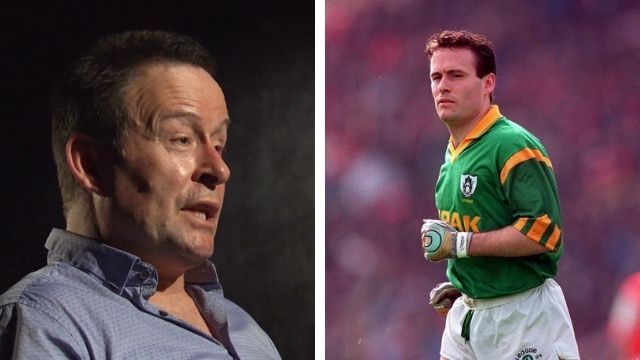