For the first time in a decade, it feels as though Dublin may not be favourites for the All-Ireland this summer.

Their questionable performances in Leinster thus far, coupled with Kerry's strong displays in Munster, mean many bookies now have Peter Keane's side as the shortest odds to life the Sam Maguire in August.

Of course, there is a long way to go yet.

Kerry were fairly pedestrian in the first half of their Munster final against Cork yesterday. However, the second period was an altogether different affair.

They absolutely blitzed their rivals, eventually running out as massive 22-point victors. It is the largest Munster final winning margin in over a century.

Their scoring prowess probably shouldn't be a surprise when you look at their forward line. David Clifford, Sean O'Shea, and Paul Geaney have been amongst the best forwards in the country for a quite a few years between them, while the addition of Paudie Clifford has now also added further dimension to their play.

In all, it seems tough to see how any team could live with them when that quartet are firing.

Speaking on The Sunday Game last night, both Kevin McStay and Sean Cavanagh said they were hugely impressed with what they have seen up front from Kerry in 2021.

Are Kerry All-Ireland favourites now? The panel assess Kerry after their brutal demolition of Cork in the Munster final #rtegaa #TheSundayGame pic.twitter.com/jceCFSDpsw

McStay: They're assaulting teams in this championship. Bar Dublin in the league, they are just taking out every team they are meeting.

They just trotted through Munster and gave a display that will have the bookies putting them into the favourites category, obviously Dublin have a game more to play.

Cavanagh: I think they're the most eye-catching team anyway.

Every time we watch them in full flow, we seen it against Tyrone and Galway in the league, once they kick into gear they can destroy a team in ten or 15 minutes.

It's a bit like Dublin in that sometimes they're that good that sometimes you zone out, then you look at the score and they're all of a sudden seven or eight points better off and the game is over.

If you throw in the individual brilliance of [David] Clifford, now you have Paudie [Clifford], Sean O'Shea is still at it, [Paul] Geaney is a perdator.

James O'Donoghue has left, but they have a ridiculous wealth of talent in attack. As someone who just wants to see brilliant, entertaining Gaelic football, you want to see them going at someone.

That's them in full flow, I don't think there's anyone better at it in the business.

It will be interesting to see if this dominance carries over to the All-Ireland series, with a semi-final against either Tyrone or Monaghan on the horizon. 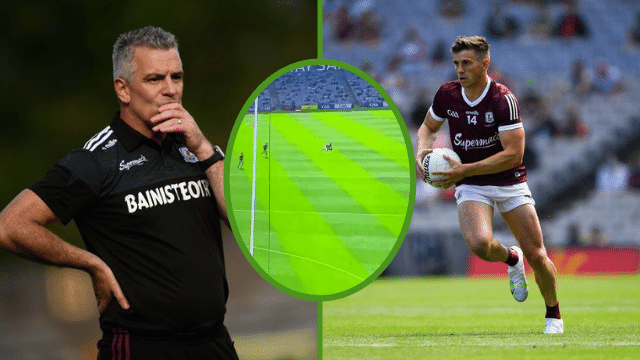