In a game as close as the one fought between Moy and An Ghaeltacht in Thurles on Saturday afternoon, the events of the 40th minute were vital to the outcome.

An Ghaeltacht's Eanna O Conchúir was sent off by referee John Hickey for an off the ball incident not captured by the cameras.

Moments before Hickey produced the red card, Moy's Sean Cavanagh began to inquire if the officials had spotted the incident. His query sparked a row with Marc Ó Sé.

Speaking at Croke Park on Monday ahead of this weekend's AIB All-Ireland Intermediate Club Championship final against Roscommon's Michael Glaveys, Cavanagh explained what happened between him and the Kerry great.

"I was quite close to the incident where their 14 [Eanna O Conchúir] had struck out at one of our lads," said Cavanagh.

"I was only a couple of feet away from it. I obviously saw it happen and I wasn't sure whether anyone else had seen it. I wanted to go over and I think it was David Gough on the line. I went over and the exact words I said to David were,'Did you see that?' He said, 'No, I didn't see it'. I said, 'Well, can you go and ask the umpires and linesmen because there was a strike there'. He said they were all wired up.

Marc didn't take it too well that I was bringing it to his attention. Probably, I suspected, because I was there and he was marking me, he saw what happened and knew the dangers if I highlighted it more than he wanted it to be highlighted.

Cavanagh and Ó Sé have plenty of history together on the pitch, both as adversaries - most notably in the 2005 and 2008 All-Ireland finals - and as teammates for Ireland in International Rules.

He can understand why Ó Sé was so annoyed. "He was protecting his own and I was at the opposite end of the piece. So, yeah, completely and I would probably have done the same if I was him." 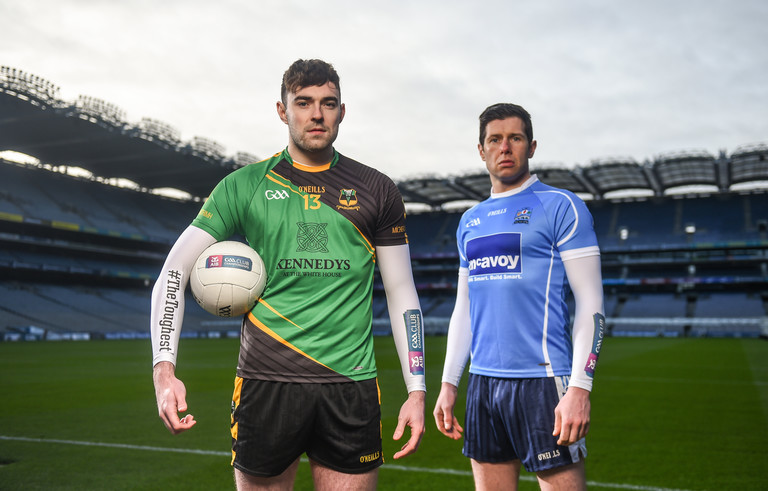 "There's the utmost respect there and I really enjoyed playing against him on Saturday," Cavanagh made clear.

"It was quite emotional because we knew it was the last time. We shook hands before the game, we shook hands after.

"I told him what I thought of him after the game, I told him it was an absolute honour to play against one of the best defenders the game has ever seen.

"It was a wee bit of a fracas in the middle but all good GAA stories have something like that in them."