Tomás Ó Sé knows that for Kerry people, it remains a "pebble in the shoe" that the Kingdom didn't defeat Tyrone during their Championship battles of the 2000s.

"That time in 2003 compared to now, the amount of analysis done on teams prior to matches wasn't that much," Ó Sé, a five-time All-Ireland winner, told The Sunday Game.

"We didn't have a huge amount of homework done on Tyrone. Were we expecting what happened on the day? Probably not.

"When you look back on it, the first team to organise themselves in a unit and work both defensively and attacking were Tyrone. They were a phenomenal unit together, once we had the ball, they just chased and harried. They were physical.

"The stylish players they had up front were the key. They could mix that."

Following that semi-final, Pat Spillane famously labelled Tyrone's style of play as "puke football". It was high intensity with Tyrone players swarming around their Kerry counterparts whenever they had possession.

"I can say hand on heart that we were never told to go out and play that way," said Sean Cavanagh, a member of the three Tyrone teams which beat Kerry.

It kind evolved naturally from the type of players we had in our team.

I remember going into that game and thinking, 'We're probably going to lose today'. We hadn't beaten any big teams.

Going into that game, we knew there was real potential in our team and we knew we were a seriously athletic outfit but we didn't really understand how good this Kerry team were.

Kerry to us were the kingpins of Gaelic football and this was us going to take a cut at them. That ferociousness was borne out of fear.

I remember the changing room in the Cusack Stand beforehand, we were tearing into each other like nothing I've ever seen since or before; guys with their tops off - it was a warm day - and I remember thinking to myself, 'I can't wait to get out onto the field to get a break because we're going to kill one another in here'.

The pace of those games, even now, is unheard of. It was borne out of us believing that to beat this Kerry team we had to tear into them with everything we had. It certainly wasn't a systematic thing.

Having watched those games against Tyrone during the Covid-19 lockdown, Tomás Ó Sé looks back with regret that Kerry never adapted their style of play. 2008 is an especially painful thorn. With a forward line featuring Kieran Donaghy and Tommy Walsh, Kerry's priority was to get high ball into the big men as quickly as possible. 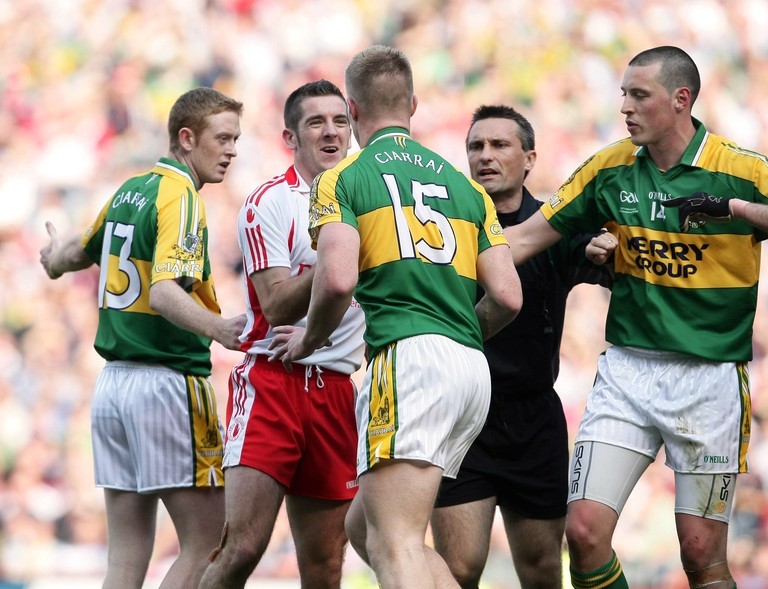 Cavanagh said that Tyrone's major fear was that Kerry would change their approach to better utilise Colm Cooper and Declan O'Sullivan.

"Credit to Mickey and his backroom team, Kerry played Cork in the semi-final and we'd watched that tactic over and over again," said Cavanagh.

"We were frightened to hell of the fact that you might change it and go through Gooch and Declan O'Sullivan. In my eyes, those guys were better footballers and had the ability to hurt us more than aerial that Donaghy and Walsh. We knew the McMahons had that 6' 4" stature."

Ó Sé and Cavanagh also picked their combined Kerry and Tyrone teams of that decade. 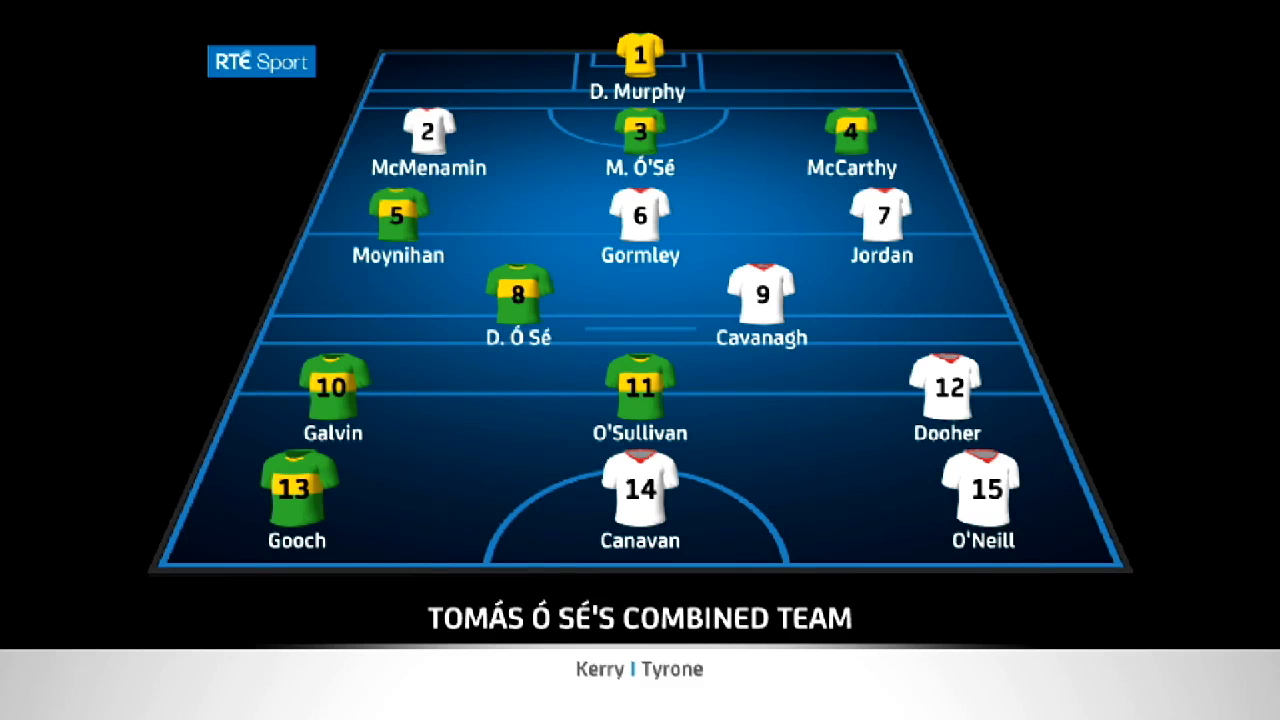 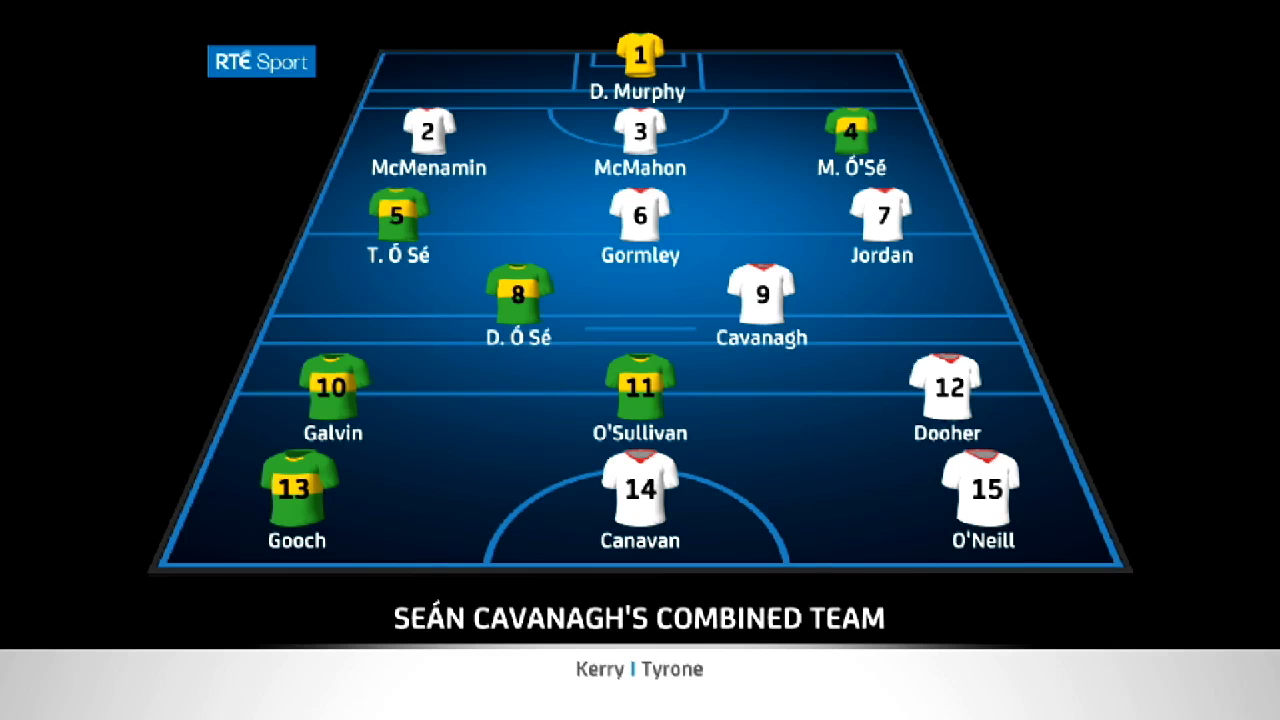