Those in search of characters in the GAA found what they were looking for at Cusack Park on Wednesday night.

Though he was on the wrong end of a 10-point defeat against Kilkenny, Westmeath U21 goalkeeper Sean Maher gained himself hero status among many fans, most of them neutral observers.

On a balmy evening in Mullingar for the Leinster U21 semi-final, Maher donned the type of attire more commonly seen on a young goalkeeper during a Fitzgibbon Cup game in January.

With his jumper, long hair, beard and no lack of ability Maher was a standout figure in the game.

Great experience to make back to back Leinster hurling semi finals, only a matter of time before we make that breakthrough #hurling #u21

After Westmeath took a one-point lead into the break, Kilkenny came out firing in the second half. It was Maher who kept his side in contention with a couple of brilliant saves from Liam Blanchfield and Alan Murphy.

Check out his save from Murphy at the 1:11 mark below. His little nudge on Murphy after making the save was a particular highlight (check that our properly on GAA Now).

In his Twitter profile, Maher describes himself as: 'Westmeath Hurler, Boxing, Footballer, Gym lover, Movie and Tv buff, Kinda an actor but not really'. The latter part refers to him once making an appearance on the TV series Vikings.

Maher is also a man of some considerable bulk.

Here is playing for the Westmeath U21s against Dublin last summer. 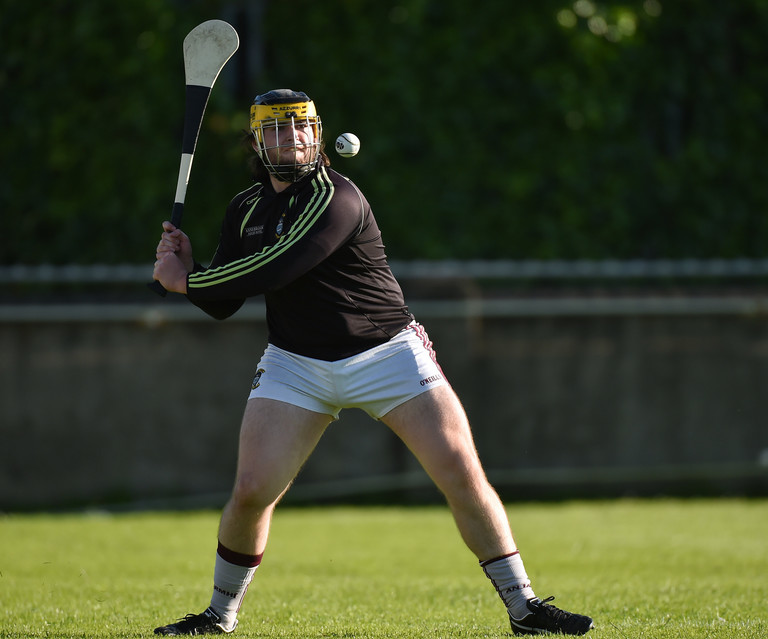 For many watching the game on TG4, they had found a new favourite inter-county player in the Castletown-Geoghegan man.

The Westmeath keeper has stones.

This Westmeath U21 keeper is definitely my new favourite hurler

THE MANS AN ABSOLUTE HERO

I'm sorry we won't be seeing more of that Westmeath goalie this year. Clearly quite a character.

Westmeath keeper is a throwback to the Antrim lad from 1989.

This westmeath keeper single handly keeping them in the game . Superb display .

Westmeath keeper is so rock and roll! #beardedstopper

Some serious thighs on the Westmeath goalkeeper #trunksoftrees

That Westmeath goalkeeper isnt your typical GAA player, beast of a man #u21hurling

See Also: Angry Leitrim Fan Sums Up Everything That's Wrong With The Championship