'He Is A Great Mentor Really. The Advice He Gives You Take Notice Of It'

Kerry forward Sean O’Shea says Dublin are still the team to beat in this year’s championship despite their showing in the league.

The return of two-time All-Star Rory O’Carroll and the possible return of Diarmuid Connolly strengthens Dublin’s drive for a fifth All-Ireland title in a row, according to O’Shea.

O’Shea, speaking at the PwC GAA/GPA Player of the Month Awards in Cork, said he wouldn’t pay much heed to a disappointing league campaign for Dublin where they lost to Monaghan, Kerry and Tyrone.

“I wouldn’t be looking to their results in the league. They were back late from holidays,” said O’Shea.

They have such a good depth in the squad as well. They have got a few good players back to them. It will just increase the strength of their panel. They will be looking forward to the summer. They won’t be too concerned about the league.

Their focus this year will be on the championship. Dublin have to be the favourites. They are going for five in a row. They won the last four and haven’t won them for no reason.

It would be huge for Kerry to win an All-Ireland. But we can’t look that far ahead yet. We have Munster to try and navigate first.

After that you get to the Super 8s. Last year we weren’t close.

O’Shea was honoured at the PwC GAA/GPA Player of the Month Awards for his performances during the league, while Limerick’s Aaron Gillane picked up the hurling award after playing a lead role as John Kiely’s men added the league to their All-Ireland crown.

O’Shea is in his third year on the Kerry panel, having made his debut in the championship against Clare last year and the 20-year-old Kenmare clubman is looking forward to meeting them again in the Munster semi-final on June 1.

Former AFL star Tommy Walsh could make his first championship start for Kerry since 2009 in that game O’Shea believes working with the ex-Sydney Swans and St Kilda player has been invaluable. 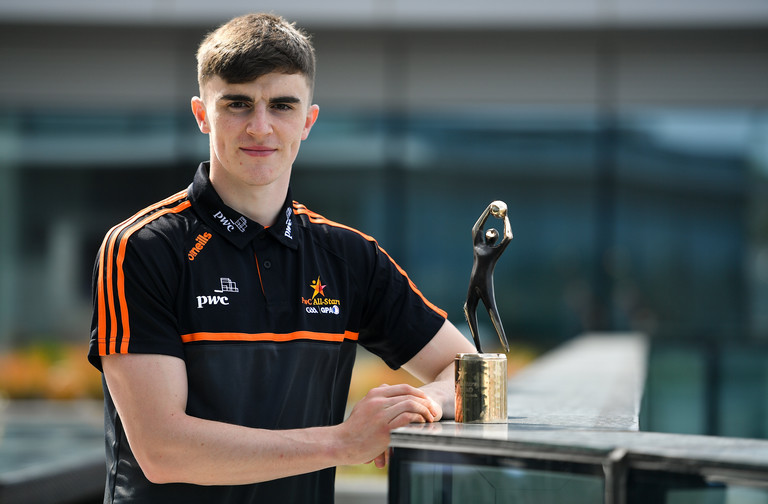 “Tommy has been great since he came back,” said O’Shea.

“Off the field as well he has been a big presence around the place. Coming from the professional side of the game he has great experience. He brings great communication with him.

“Before he went to Australia he was established for Kerry at such a young age. Then he went out and it is great to have him back now. He was very good in the league for us.

“He has experience on his side. He is a great mentor really. The advice he gives you take notice of it because he knows what he is talking about.

“The knowledge they gain on the professional side of things is massive. They are full-time footballers out there. They are training every day looking at how they can get better. He brings it back to us and tells us about ways we can improve.

“Little things like talking to us and giving us advice for young fellas it’s big.”

Kerry lost the NFL Division 1 final against Mayo at Croke Park but impressed throughout the campaign winning six of their seven games in the group phase.

Peter Keane’s men look set to retain their Munster title but on the opposite side Limerick sprung a massive shock when they saw off Tipperary on Saturday.

“They were very impressive and it was a great win for Limerick football,” said O’Shea.

“Tipperary are a very good side as well but Limerick were definitely the better team on the day, up in Thurles as well. They were attacking and playing a good brand of football.

“It is good to see a result like that so early in the championship. People say these games are a foregone conclusion but that turns it on its head.”

GAA
3 days ago
By Michael McCarthy
15 For 30: Vote Now For Your Best Meath Team Of The Last 30 Years
GAA
4 days ago
By PJ Browne
Watch In Full: Kerry Vs Tyrone In The 2005 All-Ireland Football Final
78

GAA
5 days ago
By Gary Connaughton
Is There A More Beautiful GAA Pitch In The Country Than This One?
Previous Next