'We’re Travelling Alone, The Best You Can Do Is Call Somebody On The Hands-Free'

Winning a league title has never been cause for great celebration among Kerry supporters. Maybe there would be the odd nod to acknowledge the team was going in the right direction.

In these strange times, it might not even have got that on Saturday as Kerry trounced a much-changed Donegal side with Tyrone matters on their minds.

For the players too - due to Covid-19 guidelines - it was an unusual experience at Austin Stack Park.

"It was different to what you would usually associate with winning," says Sean O'Shea, speaking at the launch of AIB's sixth year as All-Ireland Senior Football Championship sponsors.

"David (Clifford) went up and lifted the cup and couldn’t bring it down to the pitch after. That’s the way things are at the moment with the precautions in place but it was nice to get the win." 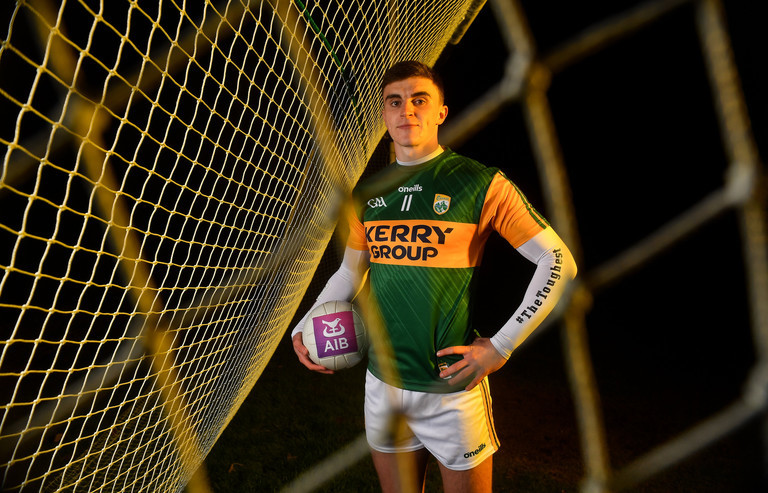 So too were the circumstances strange when Kerry travelled to Inniskeen earlier this month for the penultimate round of the National League against Monaghan. Rather than taking the team bus, players drove.

"It was my first time on the M50 as well, so I don’t think I’d be liking to do that every day. It’s a bit of a challenge. It’s different driving around the Kerry roads here. It was different but I was back in Cork for eight o’clock that evening so it was fine.

"Obviously with all the precautions in place, the management and the county board have been excellent in everything they have done. They have been really professional about it and are doing everything they can to make sure we stay safe and we’re staying compliant.

"We usually have a bit of craic going up in the bus or going to training there is a good gang of us coming from Cork. This year we’re travelling alone and the best you can do is call somebody on the hands-free in the car and that’s the only conversation you’ll have."

Some things do remain the same in Kerry, like yet another inside forward announcing himself on the inter-county scene. Dr Crokes man Tony Brosnan scored three points against Monaghan and added another six against Donegal as he was named Man of the Match.

"He’s been playing very well for us and he’s been doing the same for his club and it’s great to see," O'Shea says.

"It just shows the strength of the panel at the moment. Fellas are dying to get the opportunity to put their hand up and when fellas get that opportunity they want to take it.

"Training has been going very well the last few weeks and the panel has developed and we really have a lot of numbers now who feel like they can make an impact when they get the chance."

Conor McKenna: 'Money And Playing Professional Sport Wasn’t Enough For Me Any More' 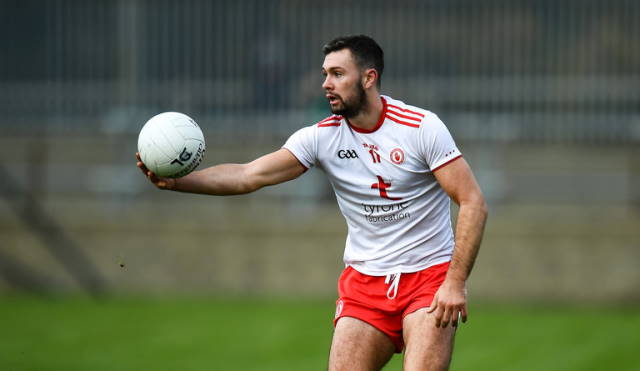