A couple of miles outside of Birr lays a gem of hurling heartland so small that if you find yourself passing by, you might be on the road out towards Kinnitty or Roscrea before you know it. There’s no shop to stock the locals, nor a pub to occupy them or induce wayward passers-by. The church sits high in the distance, about a kilometre to the east of the crossroads, the only tell-tale sign that you’re passing through some description of a parish. A few hundred yards towards the Birr side of the crossroads is the home of the GAA club, Seir Kieran, a modest abode with a single field and a small, humble clubhouse.

For a small townland dotted on the shoulder of such a might hurling stronghold in Birr, a club which boasts multiple All-Ireland club championships in its vast honour roll, Seir Kieran punches far beyond its deceptive weight. Maybe it’s the earth-borne hunger for the sweeping ash emanating from across the Tipperary border, or the overflow of rich success from Birr, arriving home with school-goers and those travelling for work, or perhaps it simply an added ingredient in the well of water the locals take from.

Seir Kieran is home of course to 14 All Star awards, studded across the mantlepieces of five former players. On Saturday, the club aims to return to the lofty pinnacle of Offaly’ Senior A competition, after a year in the doldrums of Senior B, against Clodiagh Gaels.

What’s more impressive, however, is the club is also going for intermediate honours in the county, in an astonishing double for a parish of just a few hundred occupants. The intermediate team face off against Clara in a fitting tone setter for the main event on Saturday afternoon, in a double-speared hunt for county glory that only a few clubs in the country could dream of.

The club last won the Offaly senior title in 1998, which was their third title that decade. That triumphant era of course coincided with that of the famed inter-county team of decade. Since then, again, much like their inter-county counterparts, the club has experienced a barren period that held firm until last year’s relegation from the top tier of the senior level. Perhaps when Seir Kieran is winning, Offaly is too?

Back in the 90s, soaring the small club to success while doing the same for their county was the Dooley brothers, quite likely the game’s greatest ever sibling triple threat.

At the time, Johnny, Joe and Billy were three of the most prolific point-takers in the game and together provided a deadly attack for both club and county. With such undoubted talent in their rosters, any team with three players of the talent of the Dooley brothers will be better off, regardless of the size of the parish. Many clubs rely on the brotherhood of families and it’s not a rarity to see two, three or even four brothers tog out on the same fields across the country. It is slightly rarer for three from the same homestead go onto be All Star calibre talents. 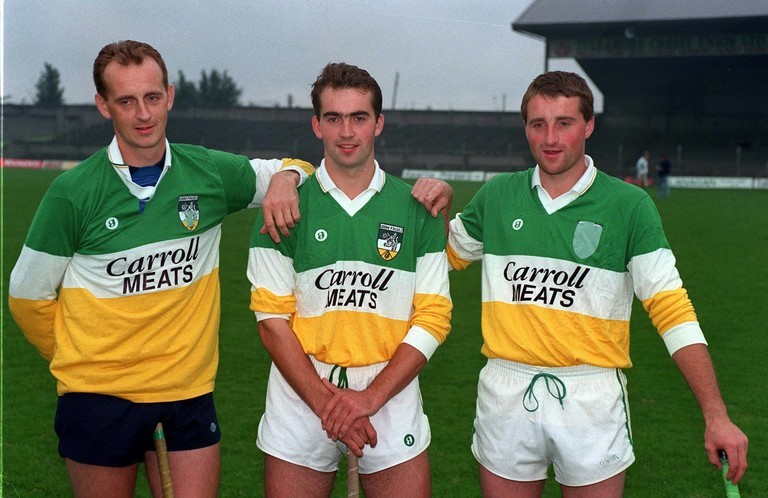 It was at the back where Seir Kieran and Offaly were shored up by another All Star, the mighty Kevin Kinahan. With three awards to his name during the 90s, the mammoth full back was one of the finest #3s of his time and stood an immovable block of granite that soldiered Offaly to two All-Ireland medals plus a couple of Leinster titles. 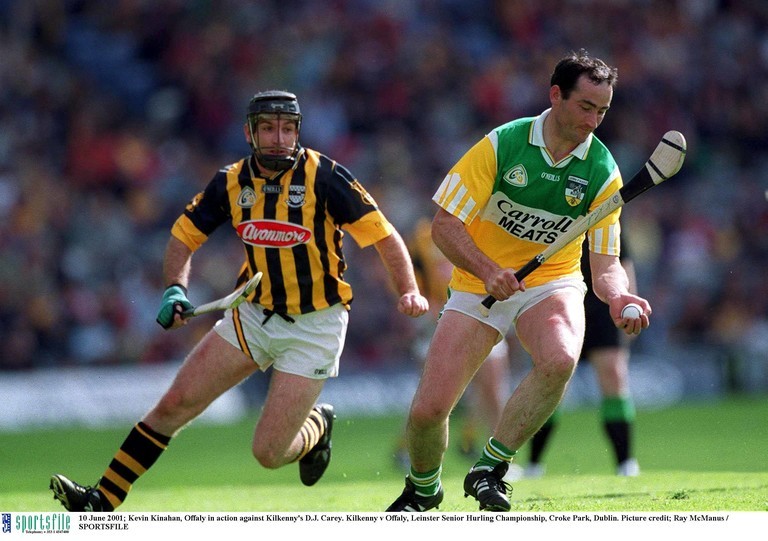 Sprinkled around them was plenty of talented club guile in goalkeeper Liam Coughlan, a few more from the Dooley dynasty that hadn’t reached the same county heights but offered terrific club hurling, Ger and Paddy Connors in the backs and Mike Coughlan, a hardy and talented forward to compliment the Dooley contingent. Seir Kieran was very much familial affair with the vast majority of the side eating and quarrelling over the same breakfast tables.

Looking ahead to Saturday, where the club’s intermediate and senior sides will play in a double-header finale in St Brendan’s Park in Birr, the county firepower mightn’t be what it once was – although they do boast Offaly veteran Joe Bergin in their ranks – but many of the attributes are still the same. The club ethic of heart, hard work, passion and determination are key, not least a never-say-die attitude that some clubs would love to bottle. 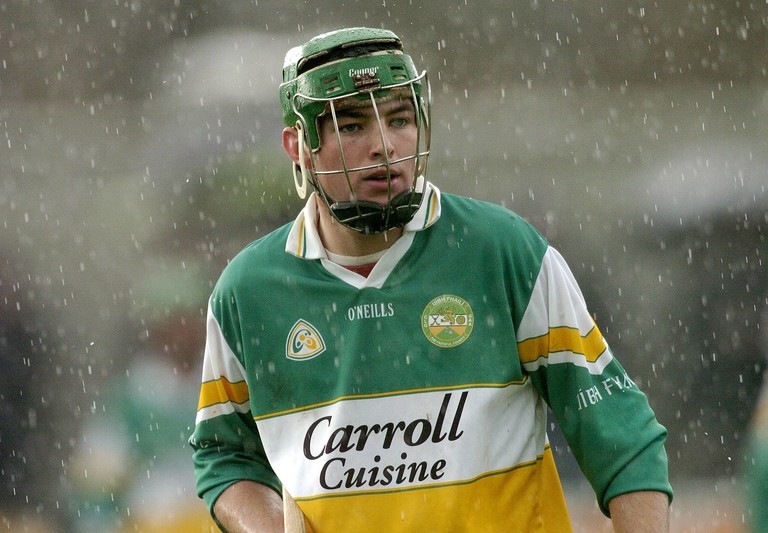 After winning their last crown back in 1998, neighbours Carrig & Riverstown, another tiny club that had not reached the same heights as those over the road, offered the following note of congratulation: “Well done to Seir Kieran on winning the County Final in Birr last Saturday. Apart from being unlucky in last year's Final they have now won four Championships. They give great hope for the survival and the future of small clubs."

On Saturday, Seir Kieran is a proven example that small GAA clubs can dream above and beyond their supposed limitations, with a bit of fight and belief and a dash of talent and luck, sometimes you old adage “it's not the size of the dog in the fight, it's the size of the fight in the dog” is more than just a cliché.

SEE ALSO: Sixmilebridge Legend Ready To Call It A Day After Two-And-A-Half Decades