The GAA moustache - a dying style unfortunately. But, at the same time, an admirable one. At least we have the history books to applaud these feats of facial hair growth.

That the moustache is notably more popular among the hurling fraternity is noticeable here. We're unsure what conclusions to draw from this discovery. 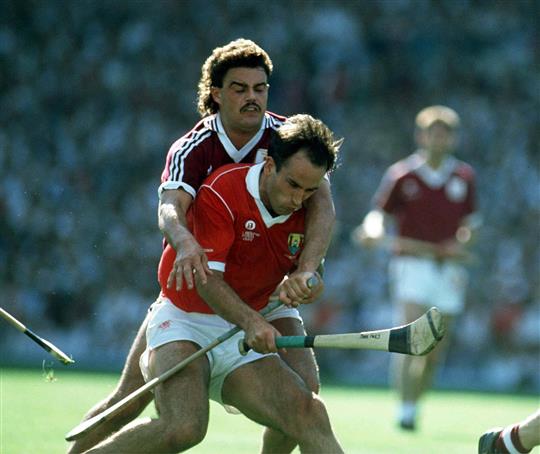 Once described by Keith Duggan as the coolest player in the history of Gaelic Games, Gerry Mac spent the glory years working in construction, returning home in August to play a couple of hurling matches, namely, the All-Ireland semi-final and final.

A New York Times article a number of years ago by Dan Barry featured an interview with the Mac.

One of the best Galway hurlers ever was Gerry McInerney, who, as a boy in Kinvara, practiced his swing while tending cows. A nationally prominent player in the 1980s and early ’90s, he was known for his fierce defense, distinctive mullet and white cleats — a rebellious fashion statement within the staid Gaelic Athletic Association, the cultural organization that oversees Irish sports.

While working construction in New York for several years, he commuted to Ireland to play hurling, helping Galway win consecutive All-Ireland championships, in 1987 and 1988. Then back to the States, back to anonymous manual labor. The glamorous life of an amateur sportsman, compensated only with expenses — though, he says, “You might get a couple of pints.”

His moustache was partially overshadowed by his flowing mullet and his white boots and tanned legs. 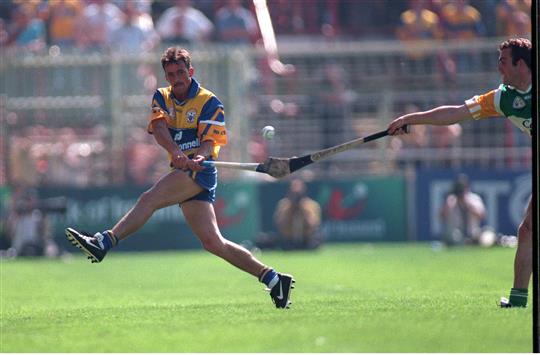 The owner of the curious nickname 'Fingers' and the possessor of the most deliberately obnoxious swagger in hurling, PJ O'Connell's persisted with the moustache long after its 80s heyday. 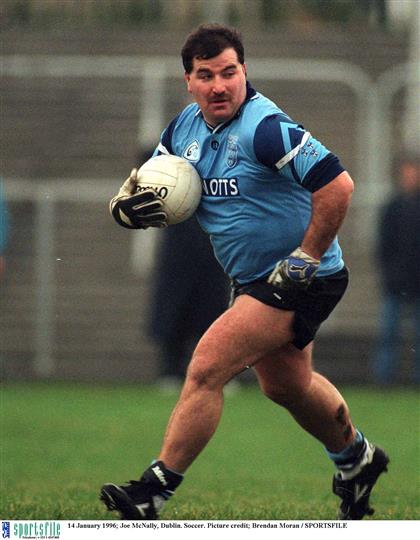 Once decked during the national anthem by Paídí O'Sé, Joe won an All-Ireland in his first year at senior in 1983, playing for a number of subsequent years before falling out of favour at the turn of the decade.

A blast from the very distant past, he was brought out of retirement by Mickey Whelan in 1996 - who was otherwise a stickler for S & C but he made room for Joe. He rescued Dublin in a tense Leinster semi-final against Louth in Navan.

'Will Galway bate Mayo? Not if they have Willie Joe!' was never strictly accurate as a lyric. Willie's record against Galway was in fact no better than 50-50, if even that.

During the latter part of his career, Mayo began to gain the whip hand over their southern rivals for the first time in over thirty years. Willie Joe donned a nappy for the biggest win of his career against Tyrone in the 1989 All-Ireland semi-final. 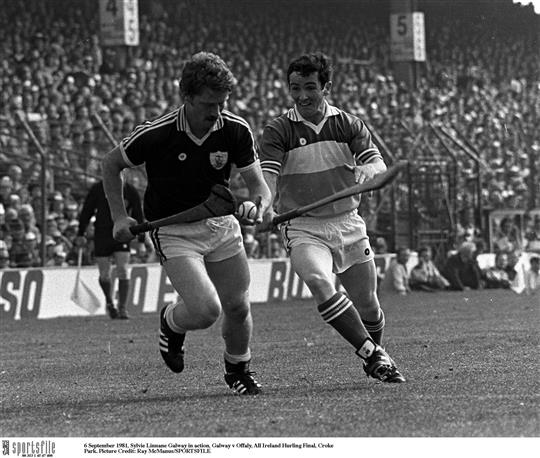 Renowned well beyond his county's boundaries as a byword for cartoon hardness, Sylvie's toughness seemed to be paradoxically exaggerated thanks to his feminine first name. 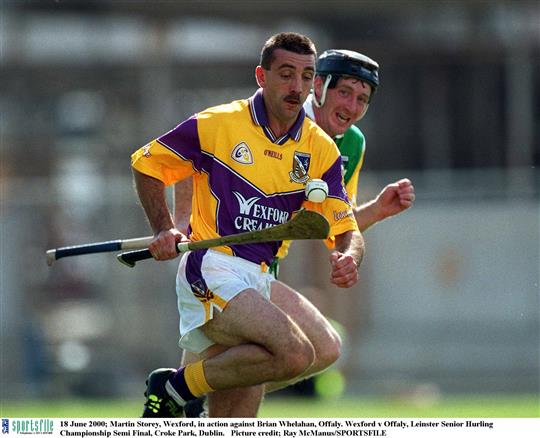 Joined Billy Byrne and George O'Connor in a Wexford team that remained devoted to the moustache long after Liverpool Football Club had decided that it was finished as a fashion statement.

The most famous moustache still operating in modern hurling. Hamstrung by a raft of retirement and opt-outs, Cheddar and Laois endured a recessionary year in 2016 but his moustache remained unbowed, pristine and magnificent. 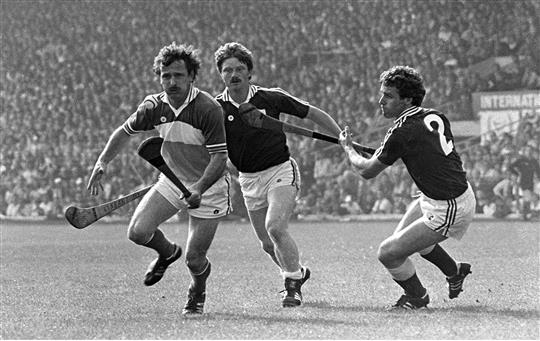 Another famous hurler from the 80s.

With his back to goal in the final moments of the 1981 All-Ireland hurling final, he simply tossed the ball over his shoulder and into the net, rather in the manner of Lloyd Christmas throwing the salt shaker over his shoulder in Dumb and Dumber.

Galway howled that he'd thrown the ball but the ref saw nothing wrong and gave the goal. Offaly had won their first All-Ireland hurling title.

SEE ALSO: The Veteran XV: Footballers We Can't Imagine The Summer Without