Martin Farragher had his All-Ireland semi-final cruelly cut short after just a minute. He had to endure 59 minutes on the sidelines and even after watching his Corofin team-mates fight to reach the final in Croke Park, uncertainty surrounded his involvement. Reason won out and his appeal was successful, allowing him to return for the final and put in a man-of-the-match performance.

Corofin are the AIB All-Ireland champions after defeating Nemo Rangers 2-19 to 0-10. It was a brutally efficient and dominant performance by the Galway club who claimed their third All-Ireland title in history. 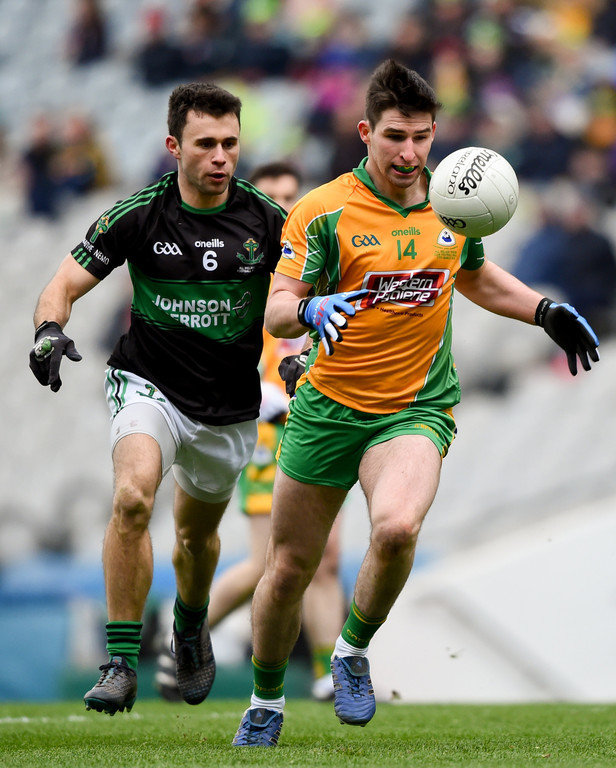 Leading the way was Corofin's full-forward, Martin Farragher, who off left or right was peerless today as he fired five points from play.

Corofin's forwards operated as an epic unit that overran the Cork side's defense. It just did not click for the Munster champions today but they were beaten by a complete team who were on it from 1-15.

Corofin's success should prove a big boast for the entire county, with Michael Lundy and Liam Silke one of many potential squad members who are expected to join up with Kevin Walsh's side in the coming weeks.

SEE ALSO: Patience Needed By Both Counties As Kerry Face Kildare This Weekend