'The Thing We Want Really Is More Publicity, Someone To Show Our Games'

24 men crossed the border from Cork to stand on the back of a lorry in Kerry. Only the Fitzgibbon Cup could bring this to pass.

Shane Conway was the only player from a county outside of Division 1 to play in the final of the higher education tournament last month. His 0-6 helped UCC overcome Mary 1. It was a remarkable performance made all the more impressive given it came in his debut Fitzgibbon season. 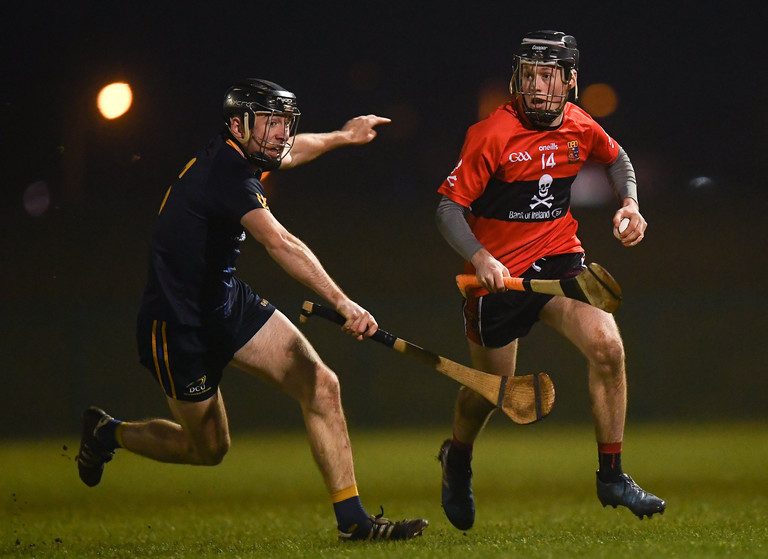 Throughout the tournament Conway's club, Lixnaw, brought a busload of supporters to cheer on their prized son. After UCC won it they returned the favour and brought a bus back with a trophy in tow.

"It was a shock that we landed down there," Conway tells Balls.ie's hurling show the Three Man-Weave. "We got a great turnout in Lixnaw, a good crowd came out. The lads had a good time down there, I certainly did anyway!"

The images and videos that circulated of the victorious outfit perched on top of a heavy-haul lorry were an instant reminder of all that is great about university level hurling. The idea was forged during celebrations on Sunday and enacted just a day later.

We were inside in the bar Sunday and John Granger, he is over the sports department, said we will go down to Lixnaw and we will get a bus. Sure we thought nothing of it at the time. I remember waking up then Monday morning, 'is this actually happening?' There were 24 fellas putting their thumbs up saying they were going.

Hurling has always maintained a special place in Conway's heart. "I know it's strange to hear from a Kerryman," he declares with a smile.

He hails from Lixnaw in North Kerry. A parish that maintains a proud tradition of hurling amidst the football madness that rules the rest of the kingdom. Lixnaw is a pocket of fanatical devotion and a badge of honour the 20-year-old wore proudly during the tournament. The travelling support, who braced a three-hour trip to come to Waterford and watch the final, "made it that bit more special."

It wasn't just the support of his club but the support of the county that enabled Conway to thrive this year. He is quick to cite Kerry hurling Manager, Fintan O'Connor, for his understanding in allowing him to balance the two and urges other inter-county managers to do the same.

Fintan was good, he was very nice and just said 'you don’t have to be coming back for training. If you can, play the games at the weekend.' When I picked up a small injury, I got a few stitches at one stage, he left me off for two weeks. He was very good to me. I thought it was easy to balance to be honest.

Look we were training hard. We are training since we met in October sometime, or just after that. It wasn't like we were taking it lightly or anything like that. I think county managers should give them a small bit of leeway, even just training once a week instead of twice. It might be some bit better for them. It’s a high standard of training. You are getting good, competitive games. I think the coaches should allow a bit of leeway with Fitzgibbon.

There is no let-up for Conway or his loyal travelling support as now Kerry continue to build for the Joe McDonagh Cup later this year. On the way to that, they'll hope to secure a Division 2A final spot with victory over Meath later today. 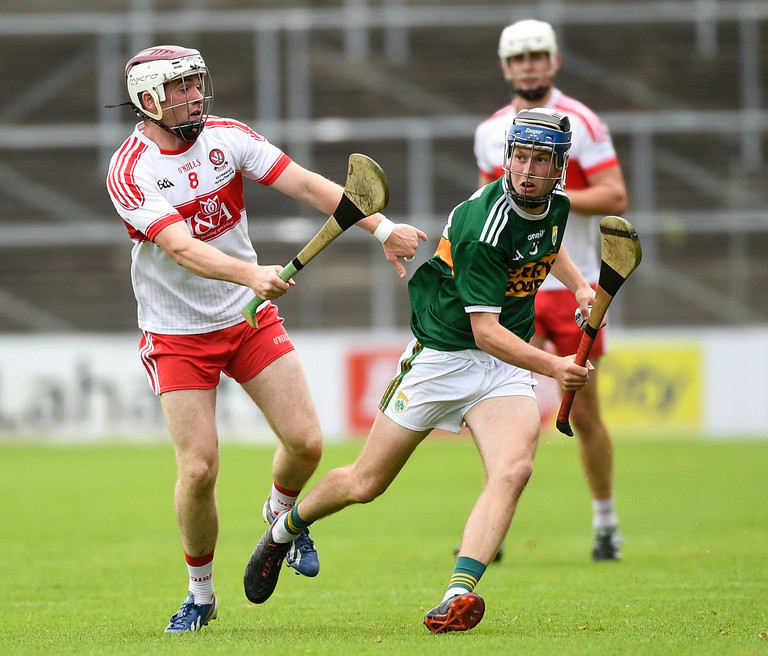 The prospect of a spot in the new Division 1 shake-up is an enticing one for Kerry, not only in terms of pitting themselves against the best. Conway explains the knock-on effect is what it would do for the county which is as important as any short-term gauge.

"It’d be so nice to get a big county down to Kerry, it’d really help us down here and help the younger generation stick at it just to progress it further.

"We’d get more of a support. We are playing with the footballers now Sunday and there will be a bigger crowd which is brilliant, a few more people will get to see us play.

"If it was next year and you were up in 1B, Kilkenny could come down to you, surely a bigger crowd would come down then to watch their great players. It’d get kids interested to say if they are playing Kilkenny, maybe we will one day I can. It’d make us even better, to one day compete."

Last year's debut season of the new second-tier hurling championship was an unmitigated success. The Joe McDonagh Cup produced competitive and entertaining games as six teams vied for a place in the Liam McCarthy Cup.

One bugbear for all involved was the lack of promotion or coverage afforded to the competition. Conway is comfortable with the intense block of games that the tournament brings but assertive in his view that it should be afforded more attention, he even offers a workable solution.

This year the Fitzgibbon Cup was streamed live on YouTube, with over 22,000 views for the final. It's a broadcasting platform Conway suggests for the Joe McDonagh Cup: "You could just stream them. They are good quality games and high-scoring."

The thing we want really is more publicity. If someone was to air the games, even on a Monday night to publicise us as well it’d help. It’d be massive for people at home. Look even sometimes we’ve to travel long distances, we’re going to Antrim at some point and it’s tough to commute up there. It'd be nice if the game was on, whatever day it might be so people can see us play and what we’re like.

We are putting in hard work and coming a small bit. The main thing is it’d help us get more bodies playing hurling.

A proud flag bearer for UCC, Lixnaw and Kerry hurling. Shane Conway is leading the way.

GAA
1 year ago
By Sean Meehan
Fitzgibbon and Sigerson Cups 'Unlikely' To Take Place In 2021
GAA
1 year ago
By Gary Connaughton
Watch: UCC's Mark Coleman Points Last Minute Sideline Cut To Win Fitzgibbon Semi-Final
GAA
3 years ago
By Balls Team
'You Miss Playing 5-A-Side A Lot More Than You Miss The Big Things'
Popular on Balls
Football
2 days ago
By PJ Browne
Ireland's Lee O'Connor Says It Was An 'Easy Decision' To Leave Celtic
Football
1 day ago
By Eoin Harrington
Quiz: Name Every Player To Score In A Champions League Final
Rugby
1 day ago
By Colman Stanley
Roy Keane Made Quite An Impression On Eddie Jones And The England Rugby Team
52