The victory over Beaufort returned the club to senior status for the first time in 11 years. It also means that Spa players will not play with East Kerry in the 2021 Senior Football Championship this autumn.

Shane Cronin is one of numerous Spa players to have won back-to-back Kerry senior titles with the East Kerry divisional side. On Monday night, Spa's quick step to senior level became even more real when they were drawn to play local rivals Killarney Legion in the championship.

Shane's father Sean was a selector with East Kerry in previous years, and will continue in that role this year.

"Yeah, look, I suppose it's only fair," said Shane when asked about being removed from the East Kerry WhatsApp group on Radio Kerry's Terrace Talk show.

"There's going to be a few new faces joining the panel now with Kilcummin back [down to intermediate].

"Some people say it was my father that removed me from the WhatsApp group. My father is sticking with East Kerry. There's a divide in the house at the moment for a couple of weeks until things are finished with the county championship." 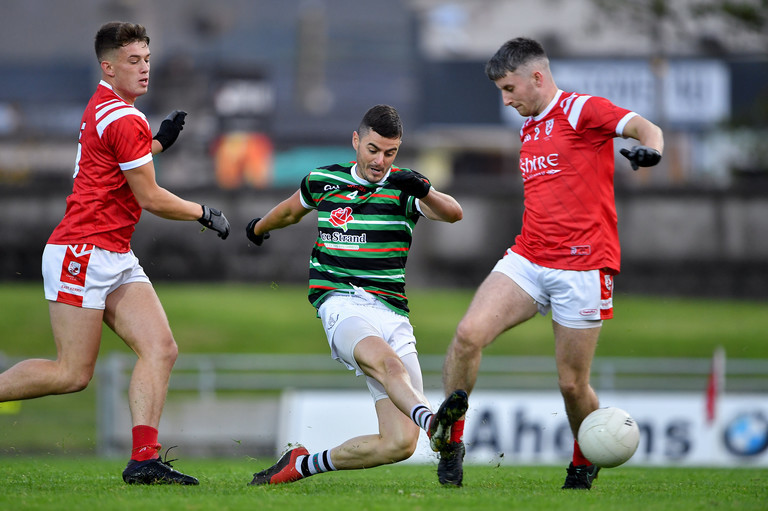 11 September 2020; Trevor Wallace of St Brendan's takes a shot as Shane Cronin and Chris O'Donoghue, right, of East Kerry close in during the SFC semi-final. Photo by Piaras Ó Mídheach/Sportsfile

Cronin added: "Usually, at this time of the year, we'd be going up to Spa with East Kerry, and preparing for a county championship.

"Now, we're going up to Spa with the fellas we've grown up with. It's very special for the club. It's been 11 years since Spa played senior county championship. It's far too long. We're absolutely delighted to be playing on our own.

"We're going to miss those boys. We've won two great county championships with them. We owe them a lot. At the end of the day, Spa is our club, and that's where we want to be. That's where we feel we should be." 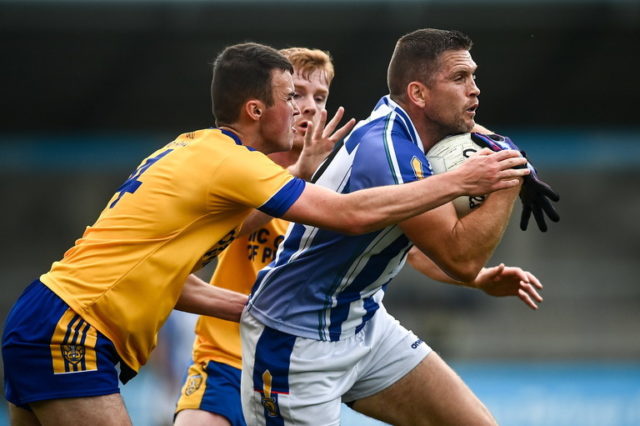