'I Love Speed. Liam Challenged Me To Bring Some Element Of That To The Team'

Seamus Callanan was a good few minutes into his speech following Tipperary's All-Ireland hurling final win when there came a moment which Shane McCormack did not foresee.

It was a mention from the Tipp captain - more than a cursory one - as Callanan stood in the Hogan Stand moments after lifting the Liam MacCarthy Cup.

"He was unbelievable," said Callanan of McCormack, "you could see it there in the old legs near the end - we were still going."

In Liam Sheedy's well-populated backroom team, McCormack was the sprint coach, the man charged with quickening the panel's step.

"I wasn’t expecting that, to be honest, but that’s Seamie," McCormack tells Balls.

"He doesn’t leave anybody behind. I’ve played a very small part. I’m one of the one per cents. I was in the backroom doing my little thing and getting out of there."

McCormack, a Wexford native, is one of Ireland's top sprint coaches. "It’s been a 20-year journey of making mistakes and learning from mistakes," says the man who got an early start in coaching due to a ruptured hamstring suffered in his late teens.

Phil Healy - the fastest Irish woman ever over 100m and 200m - is the big name in the group which he trains at the Waterford Institute of Technology.

The pair have worked together for the past six years. Their partnership stepped up a notch two years ago when Healy moved from Cork to Waterford; the long distance athlete and coach dynamic which had existed was not extracting every drop from the relationship.

Last year, in the space of six weeks, Healy broke both the Irish 100m and 200m records. In the latter, she became the first Irish woman over top dip below 23 seconds. 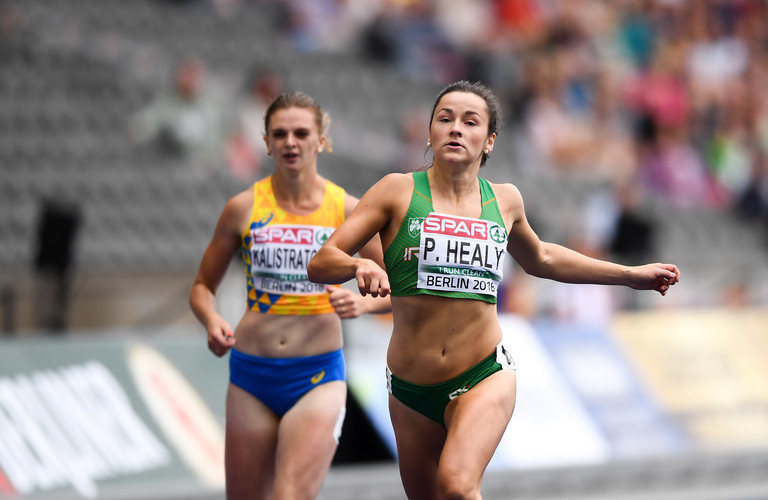 Phil Healy competing in the Women's 200m at the 2018 European Athletics Championships at The Olympic Stadium in Berlin, Germany. Photo by Sam Barnes/Sportsfile

It was those significant achievements - and the two having mutual friends - which led to a call from Sheedy.

Even before agreeing to the role with the Tipp hurlers, McCormack was already a busy man. In addition to coaching athletics - nearly a full-time job in itself - he is also IT director for Sun Life, a global financial services company.

McCormack met with Sheedy, they flicked through their calendars and found a slot in the week which worked for both.

Once a week, from around the time Tipperary were knocked out the league by Dublin at the quarter-final stage, the panel got some lessons in speed.

"Athletics is my grá," says McCormack.

I played GAA but athletics is my thing, speed is my thing - I love speed. Liam challenged me to bring some element of that to the team. That’s the part I enjoyed.

The opportunity came at a welcome time. During a warm weather training camp in Malta - 12 weeks before her final opportunity to run the World University Games - Phil Healy broke a bone in her foot.

McCormack says he and Healy went to a "dark place" as they pushed harder than ever to get the Cork woman fit for the championships. The distraction of working with Tipperary was gladly received.

Remarkably, not only did Healy regain fitness in time, she made it all the way to the final, finishing sixth.

"It’s a watered-down version of what I would do with track sprinters," says McCormack of the work he did with Tipperary.

"It was about making them aware of how to be a little bit faster; having them thinking a little bit differently without overloading them with information. These guys think fast anyway, they’re fast hurlers.

"They have a fantastic strength and conditioning coach, Cairbre Ó Cairealláin. They were extremely well conditioned.

"What I was doing was the fine-tuning. It would have been hard to go into any other setup and do what I was doing. They might not have been conditioned to be able to run fast."

The feedback which McCormack got from the panel regarding his sessions was hugely positive.

"You’ll know straight away," he says.

Liam won’t keep you around if you’re not adding anything to his setup.

Biomechanically, they looked way better. They were finding better positions, they looked a little bit sharper. That’s the sum of the parts. That’s down to their fitness work, their strength and conditioning work, their hurling work.

I was just getting them to think a little bit differently about how they were doing things. Then the drills I had done, hopefully, had some carry over.

Their speed levels were going up anyway. They seemed to buy into it. These guys are modern day professional athletes, whether people say it’s an amateur sport or not. They’re always looking at their own advantages as well.

They were a very welcoming, genuine, committed bunch of guys. You’ll hear this about any winning team but genuinely from Liam down to the last subs, these were a really nice bunch of lads.

On the day 14-man Tipperary came back from five points down against McCormack's home county in the All-Ireland semi-final, he was just up the road watching it on his phone as Healy warmed up to defend her Irish 200m title at the National Championships in Santry. Athletics will always be the priority. 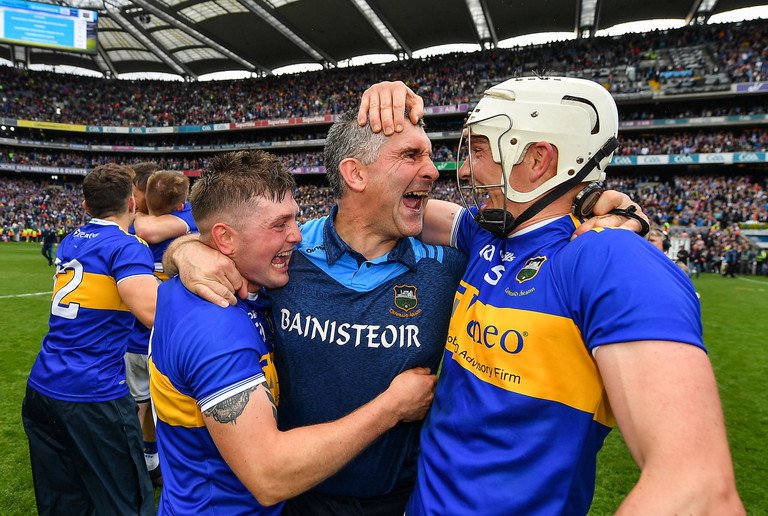 From his summer with Tipp has arisen a feeling that both the GAA and Irish athletics would benefit from standing under the same umbrella, like they did a century ago.

"John Coghlan is gone to Meath GAA, Gary Ryan is back coaching athletics but he was with Tipp.

"Guys are coming out of colleges with S&C degrees and they’re brilliant, they’re adding something beneficial. Somebody who’s coached sprinting and speed for 20 years, like myself, has a different perspective on speed. You have more experience to then bring that speed to a team sport.

"Athletics coaches are underrated. In the UK now, some of the top sprint coaches are working with the England rugby team.

"Let’s call a spade a spade: there isn’t a huge amount of money in athletics coaching unless you are at the top end and you’re dealing with a brand-sponsored group of athletes where normally what happens is the coach gets paid.

"That doesn’t exist in Ireland. The athletes themselves just get their funding and whatever they can find with sponsors here and there.

"The financial backing isn’t there that is in the GAA. Hats off to the GAA, they’ve set up a system that works. You see people giving out about the price of tickets but the flip side of that, the money goes back into coaching.

"Maybe there is a way that GAA and Athletics Ireland can work together, maybe through the Institute of Sport.

"If there was a model where every county had an athletics development officer but they were part of the athletics association and they were coaching sprinters, jumpers and throwers… It needs a bigger, deeper dive but there’s a model that would work, I believe, if it came from the top down.

"We’ve missed a trick with athletics not being part of the Gaelic Athletic Association any more."

Olympics
2 months ago
By Sean Meehan
Provinces Are Split On What Sporting Event They'll Miss Most This Year
GAA
3 months ago
By PJ Browne
Quiz: Name The All-Ireland Hurling Finals Man Of The Match 2010 - 2019
GAA
11 months ago
By PJ Browne
'I’m Getting More Mature On The Field But More Childish In The Dressing Room'
Popular on Balls
The Rewind
22 hours ago
By Gary Connaughton
Quiz: Can You Defeat The Beast In This Final Round Of 'The Chase'?
6