Meath Captain Channels Pride Of A County After Monumental Win

Meath won the All-Ireland Senior Ladies Football Championship for the first time on Sunday. They defeated Dublin 1-11 to 0-12 in a thrilling final at Croke Park.

The victory completes what was already a remarkable year for Meath. It was their first season back at senior level, and the game was also the county's first senior final.

In Dublin, they beat a side which had won the last four titles.

"Nobody believed that we could do this today, but we believed we could," said Meath captain Shauna Ennis in her speech.

"And now, we're going home with the Brendan Martin Cup.

"Winning this cup is not just for the team that's standing here in front of me. It's for every woman that's gone before us, and put on the Meath jersey; girls who've played before me for many, many years. Without those girls, we wouldn't be where we are today."

Ennis went on to thank the Meath management team.

"We are so lucky to have each and every one of you," she said.

"Without ye, we wouldn't be here today.

"Eamonn Murray may come across as cool, calm and collected, but I saw him shedding tears when that final whistle blew.

"Paul, Paddy, and Shane, ye came in when literally we were at the bottom, and nobody else wanted us. Now you've got us to the very top.

"Mark and Eugene, you upped our game even more, and we wouldn't be here without ye.

"Michelle and Mary, our mammies who mind us every day of the week, thank you so, so much.

"Dublin, I think it's safe to say that was the hardest match I've ever played in my life. There's a reason ye are fantastic champions, and have won the last four-in-a-row." 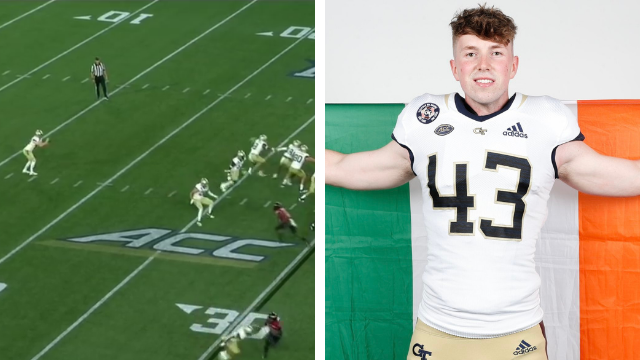