Simon Coveney has described the scenes before and after Sunday's All-Ireland hurling final between Cork and Limerick at Croke Park as "indefensible".

"If I'm honest, when you look at particularly the gatherings before and after the match, a lot of that is indefensible in terms of large numbers of people meeting in close proximity to each other," the minister for both foreign affairs and defence told RTÉ Radio 1's Today programme.

"That isn't how what was supposed to work.

"I was at the match on Sunday. So was the Taoiseach, so were many others. I think what the government has been trying to do is work with sporting organisations to allow people to enjoy sport, particularly in large stadiums where there is space, where there should be structure around social distancing, wearing of masks, clear guidelines.

"Of course, we're relying on the public as well to behave responsibly. Nobody can defend [it] from the social media images that were going around after the match in terms of large crowds of people gathering outside pubs." 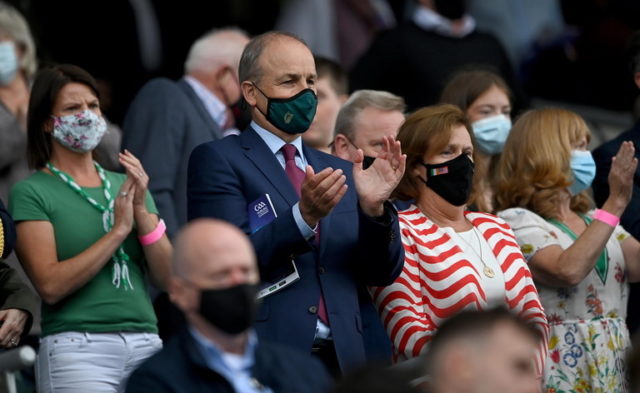 Asked if the government felt "let down" by the GAA's application of Covid-19 public health guidelines, Coveney replied that he did not think it would be helpful to "get into the blame game".

"We need to learn some lessons from the match on Sunday because there are other big GAA events coming up in terms of the football semi-final and final," he said.

"I think we need to learn lessons from last Sunday on that.

"The guidelines are clear: If you're in a stadium watching a match, you should be wearing a mask - that's clear. That was the case last Sunday, and it will be the case for other events as well.

"The whole point of having pilot events like this, and we've had a number of them over the summer is to learn lessons from them, and to be better the next time. That's what we have to do in the case of the All-Ireland final last Sunday."

Questioned about the possibility that additional measures would be imposed on GAA games, Coveney said: "That's a conversation that needs to take place between the government and the GAA. Just because statements are not being made publicly, that doesn't mean conversations are not taking place." 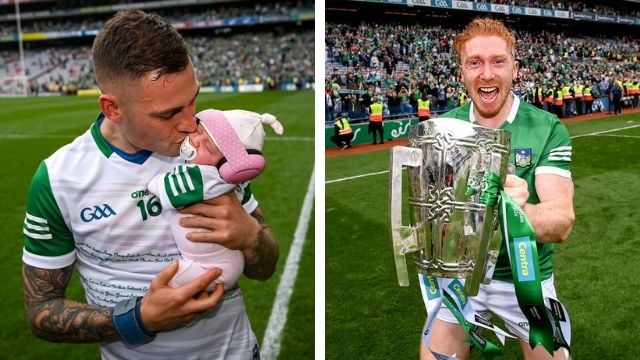 GAA
2 months ago
By Jonathan Byrne
Dublin Fan Fails To Sue GAA After Getting Struck By O'Neills On Hill 16
Irish Life
6 months ago
By PJ Browne
In Pictures: Eid Prayers Held At Croke Park For Second Year
Rugby
1 year ago
By Balls Team
Report: Croke Park 'Earmarked' For Lions Vs South Africa Test Match
Previous Next