Galway's four-week wait for their All-Ireland Camogie Championship semi-final is nearly up. On Sunday, at 2pm in Croke Park, they will face Tipperary.

It was not until last Saturday evening, when Tipp beat Waterford and were then drawn from a bowl, that Galway discovered who their opposition would be this weekend.

Galway head into the match on the back of a confidence-boosting win. In their last game of the group stage, they beat Kilkenny by a point.

That victory will have bred belief for a couple of reasons: Galway had lost to Kilkenny in December's All-Ireland final and again in June's National League final. They also won despite losing Catherine Finnerty to a red card just 15 minutes into the game, and being three points down at half-time.

"The most satisfying thing for us was that we never gave up," said Galway's Siobhan McGrath, the PwC GPA Player of the Month in Camogie.

"I think our work-rate was really good that day. Not even that we won, but the way we responded after the red card, that was probably the biggest thing to take away. It gives you a bit of confidence going into the knockout stages. I think it was 45 minutes playing with 14. Those sort of games, hopefully, will bring you on.

"It's not like the management absolutely roared us out of it or anything, it wasn't anything like that. We had a bit of a wind advantage in the second half and I think we just... I don't know, actually, I can't really put my finger on what it was.

"I think we kind of just regrouped at half-time, maybe we needed those few minutes to settle ourselves. The red card happened just before the water break, but there's only so much you can say in a minute, in that water break.

"I think it was just the fact that we kind of just had time at half-time to talk about it. A big thing, I think, was none of us panicked on the pitch. I think that was the biggest thing really." 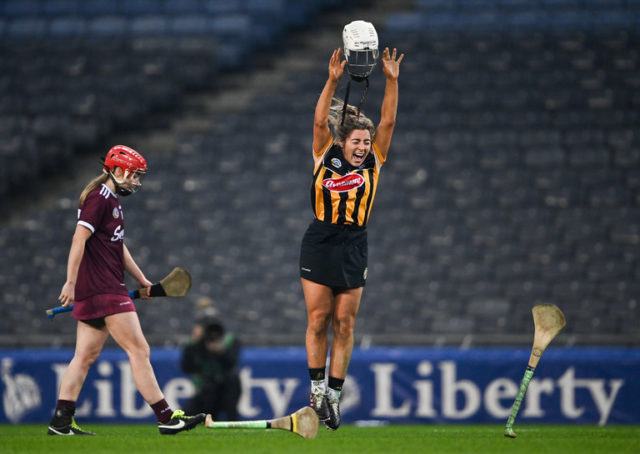 12 December 2020; Meighan Farrell of Kilkenny takes off her helmet as she celebrates at the final whistle after the Liberty Insurance All-Ireland Senior Camogie Championship final win against Galway at Croke Park in Dublin. Photo by Piaras Ó Mídheach/Sportsfile

Before the management team, led by Cathal Murray, arrived in at half-time, Galway players had already begun pinpointing where they needed to improve after the break.

"It's kind of better sometimes when you identify that yourselves, without the management having to absolutely roar the place down or anything, which they don't - we're very lucky that way," said McGrath.

"I think it's kind of better when the players identify that themselves and then, of course, the management have a look at it and they rejig us as they see fit."

The win also had significance beyond it being against their great rivals: It qualified Galway directly for the semi-final.

"We've beat one of the stronger teams in a group stage and come the knockout stage, it's a completely different ball game.

"Although it's great any time you beat a stronger team, we have our feet firmly on the ground, realising that it's a long way from that match to knockout. A lot of things can change." 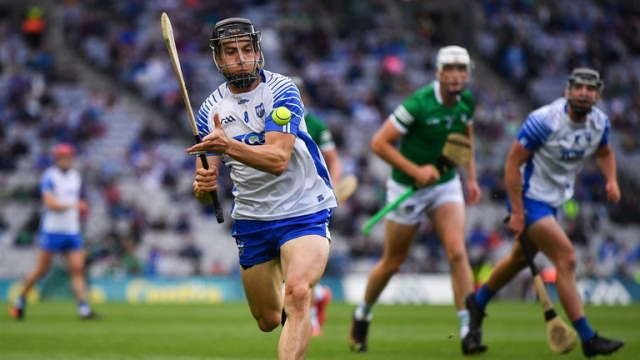