"Society Thinks I Should Retire" - Why Do We Rush Our Heroes Into Retirement?

The book, 'Thinking, Fast and Slow' is a renowned contribution to the task of understanding cognitive biases and behavioural science. It was written by noble prize winner Daniel Kahneman. At one point Kahneman discusses a friend of his who recently listened to a glorious symphony, one of the best created, but towards the end of the recording there was a screeching sound. His friend said it had "ruined the whole experience."

This, Kahneman explained, is a typical cognitive trap. The experience was not ruined, he had 20 minutes or so of brilliant music but because his memory was ruined he let it override the experience.

The same thing happens in the GAA sphere. It seems that a player could give an overwhelming consistency of performances but one dip and he is derided. As a career progresses and this glitch occurs, it will often be offered as evidence that a player is 'past it.'

Kieran Donaghy announced today he will commit to another year with the Kerry footballers. He'll be 35 next March. Like many before him, his 'decline' was cited as soon as he moved north of 30:

The hunger that drove this extraordinary young man from nowhere to superstardom disappeared as soon as he became 'Star.' He took his eye off the ball. He is just 31, but his career was over long ago. At the end of 2007 he seemed the natural heir to the legendary Eoin Liston. Sadly two years does not make a Bomber.

The GAA has a peculiar attitude towards experienced players. The revolving door. 30 and out. Men are derided as 'over the hill' as soon as they have a slight dip in form. Their undoubted ability that we have all experienced overridden by a single, recent memory. Down in Kerry they seem to approach this differently, if you've gone before you can go again.

When Kerry bowed out of the 2013 Championship after an enthralling semi-final against Dublin, many professed that the tide had very much turned. Kerry would have to overturn the squad and shift in order to build for the future. Marc O'Se, Aidan O'Mahony, Paul Galvin were all expected to retire.

So too was Donaghy, who came off the bench that day. Instead O'Se, Donaghy and O'Mahony went on to win an All-Ireland title in 2014. Galvin retired, only to come back a year later. This is a regular occurrence in the Kingdom. Mike McCarthy retired in 2006 well shy of 30 only to return in 2009 and win an All-Ireland, in a new position of centre back.

All more than capable contributors, even with the additional notches on the belt.

It is not only a dip in form that results in an 'imminent retirement' diagnose. At 29, Michael Meehan was dismissed as finished because of injury trouble. At 33, he returned to help Galway beat Donegal and reach an All-Ireland quarter-final last year. 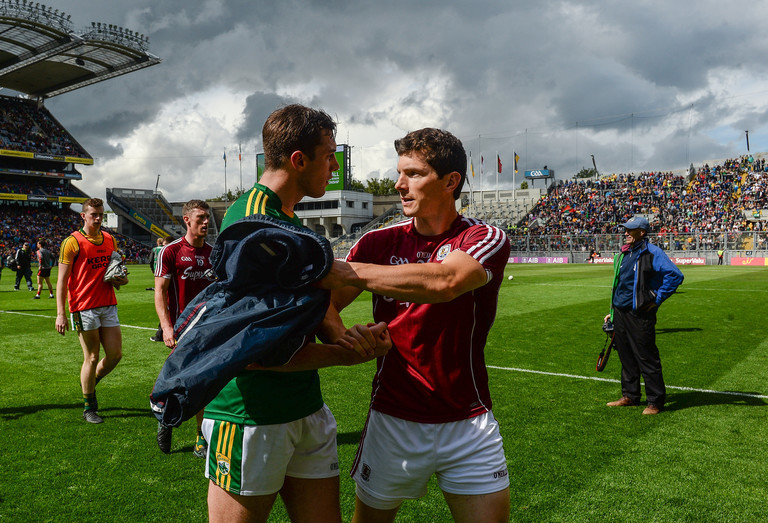 This 'no country for old men' is projected by the fan as much as the structures that are discouraging to older players. We dismiss evidence that an individual is more than capable of going again because of their age. Donaghy represents a rock 'n' roll allure to be cherished. The experience of his brand should not be dismissed based on once-off dips, there is little evidence to suggest he is incapable of performing once again in the green and gold.

The most reason year of his career ended in disappointment with a semi-final loss and a red card, but that shouldn't define his career.

One bum note does not ruin the symphony.