Some Of Our Favourite 'The Toughest Season' Photo Entries So Far

It's been one week since we started inviting entries for The Toughest Season picture book and we have been blown away by the response. There are still nearly two weeks left to enter, so if you haven't done so already or are only hearing about it for the first time, don't worry!

For those who haven't heard about this special competition, following on from the success of The Toughest Summer documentary series, AIB and the GAA's official photographers, Sportsfile, are teaming up to create a unique picture book, titled The Toughest Season, and they're looking for GAA communities to get involved.

We want you to send us your GAA photo from the 2020 season, for a chance to feature in the book. Not only that, but one lucky winner with receive a €1,000 for their GAA club.

There is no strict criteria for the pictures, with the only request that the theme focuses on the importance of Gaelic Games to the local community; particularly in these unprecedented times. They can be a photo from on-field action, magic moments, or something special your GAA community did during the year.

Entries are welcome on social media, using the hashtag #TheToughest, or through the submission form at the bottom of this article. To give you some inspiration, here are a selection of the great photos we've received so far.

If you've already entered but your picture isn't featured here, don't worry, these are just a variety of different types of images we've received.

There is no strength without unity

GAA communities played an integral role during the toughest times around the country this year. Whether it be looking after neighbours or showing our appreciation to those on the frontline, these moments will stick with us for the rest of our lives.

We've been delighted to hear about what different GAA communities have been doing, through their entries to the competition.

For instance, during the lockdown, Cavan Gaels GFC spent a Friday handing out ice cream to staff in Cavan General Hospital. 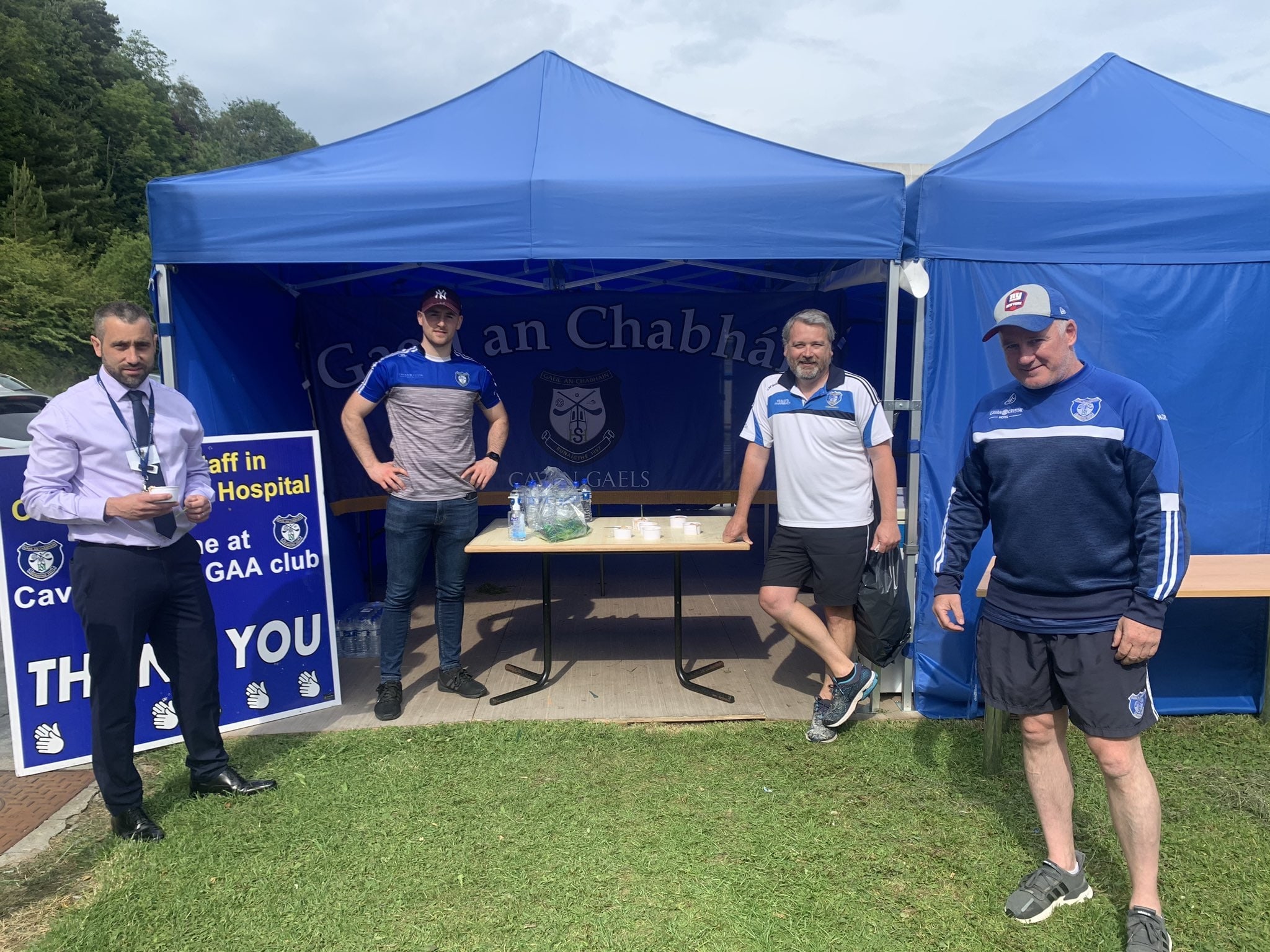 Here's another great example along a similar theme. Sent in to us by Ciara Buckley, this photo comes from a jersey presentation by Ballyhaunis GAA Healthy Clubs, in conjunction with Text to Talk, to the Ballyhaunis Junior football team. Their new jerseys promote positive mental health messaging. 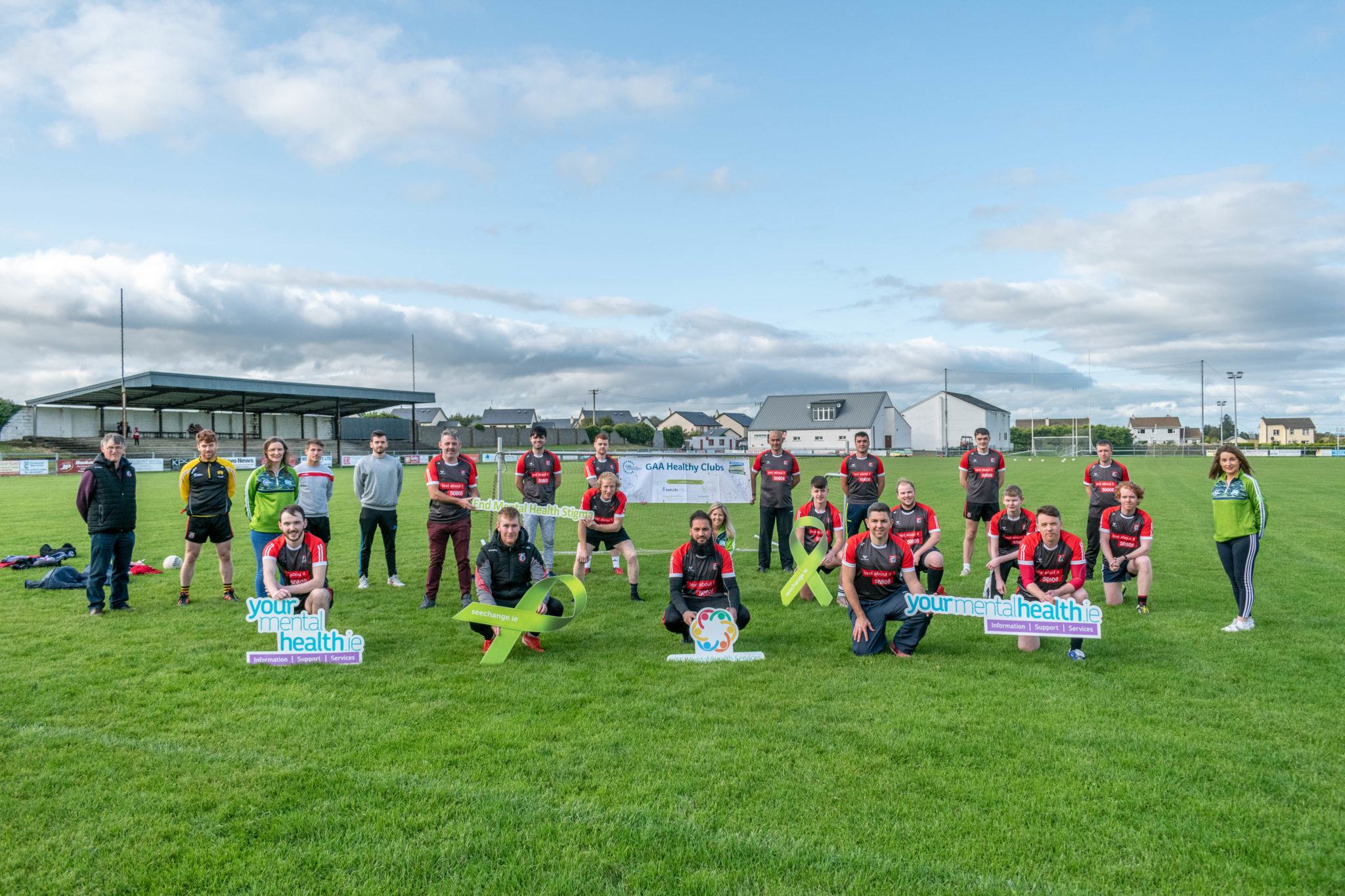 While it has been a difficult year, we've been blown away by some of the fantastic photos that perfectly capture the moments of joy Gaelic Games have brought us in 2020.

This first example comes from Patricia Carroll. Photographer, Fintan McTiernan, captured the embrace between Patricia's brother and team manager, Macarten, and his son, Paddy, after Cremartin Shamrocks won the Under 15 Football Championship in Monaghan. It was an emotional moment, with the match played three days after the burial of Paddy's aunt and godmother, Sonia. 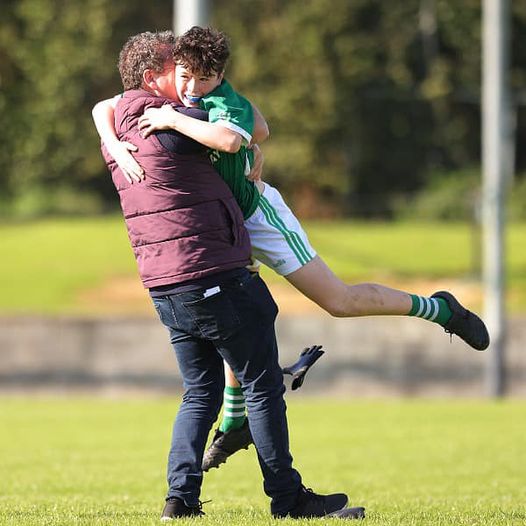 Or what about this entry from Ciara O'Malley? It comes from the Galway Junior Football Championship final, where St Brendan's emerged victorious. The team physio, Ciara, had spent the previous day working in Galway Airport as a Covid-19 tester.

Fast forward 24 hours and this photo captures the moment she congratulates her brother Darragh, who won his first county title at the tender age of 39. 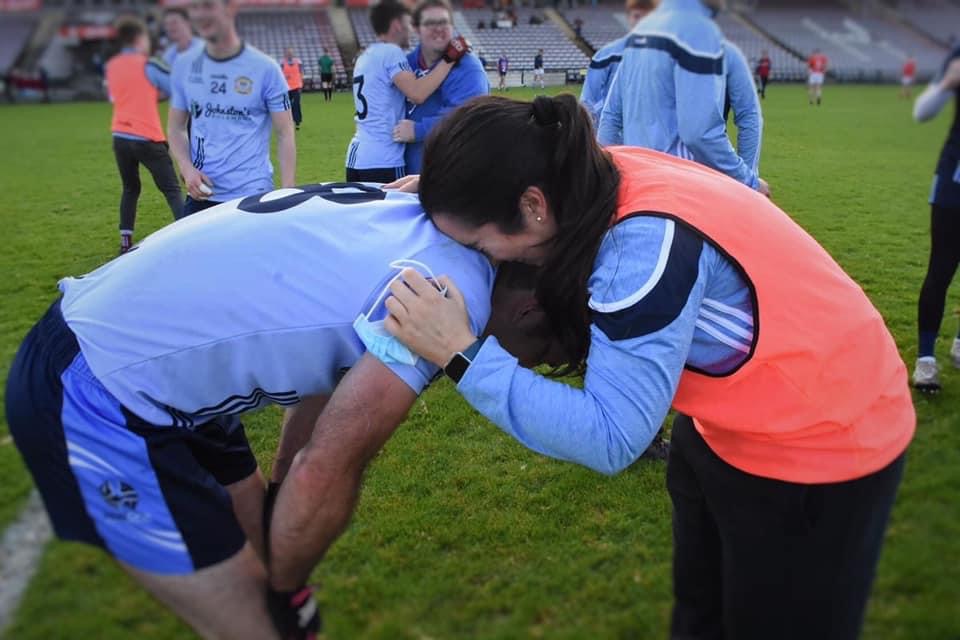 One thing we can always be certain about is that GAA players will get all sorts of weather thrown at them. Sometimes it may make conditions tricky on the field but it sure does make for some brilliant photos.

Ballindine, Mayo, was the setting for this brilliant photo, taken by John Murphy during Shrule/Glencorrib's match against Swinford, just a couple of weeks ago. 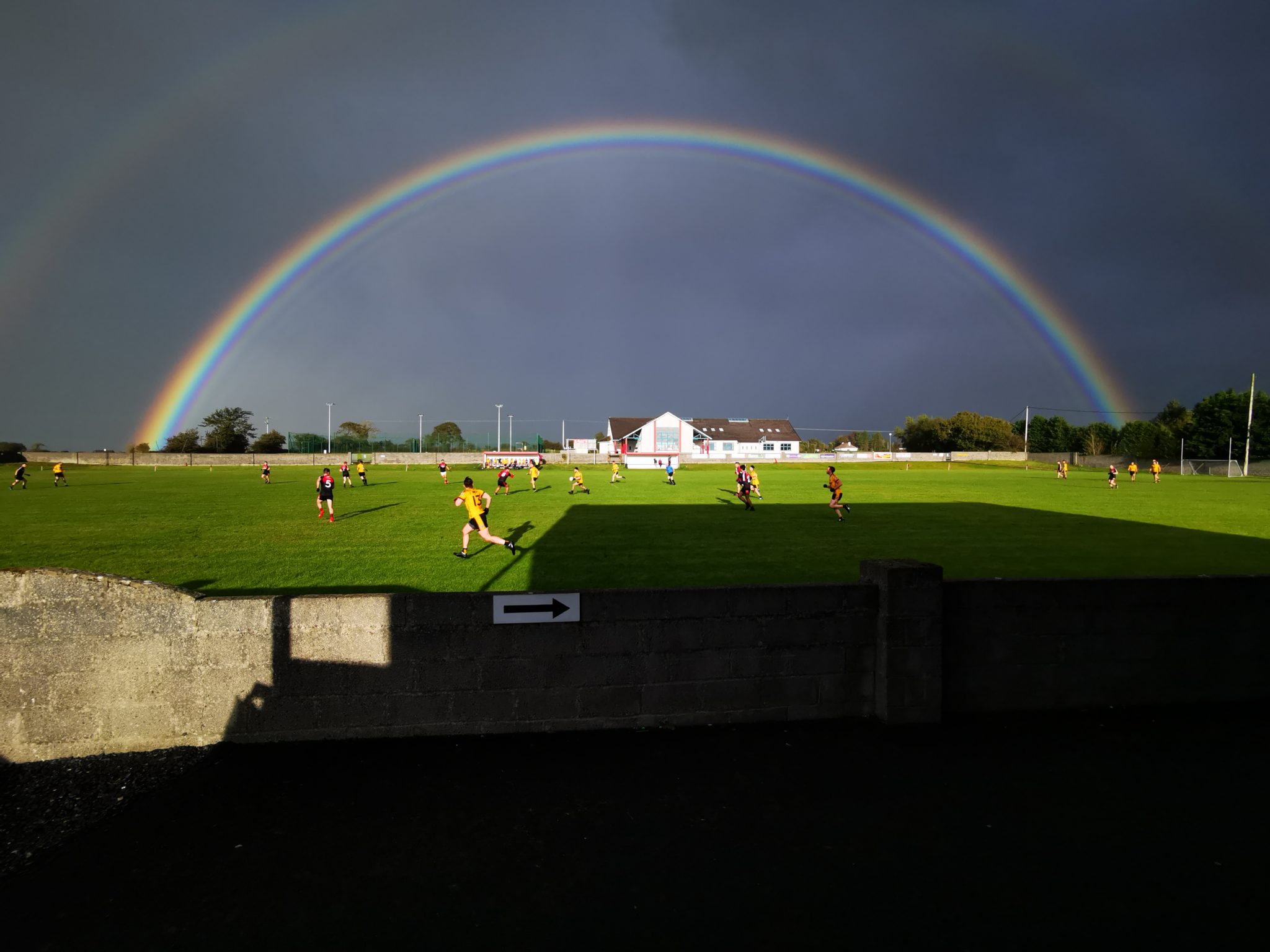 Meanwhile, back in July, Monasterevan and Clogherinkoe players had to battle through a summer downpour. It may have been wet but if provided a great photo opportunity for Dónal Harrison. 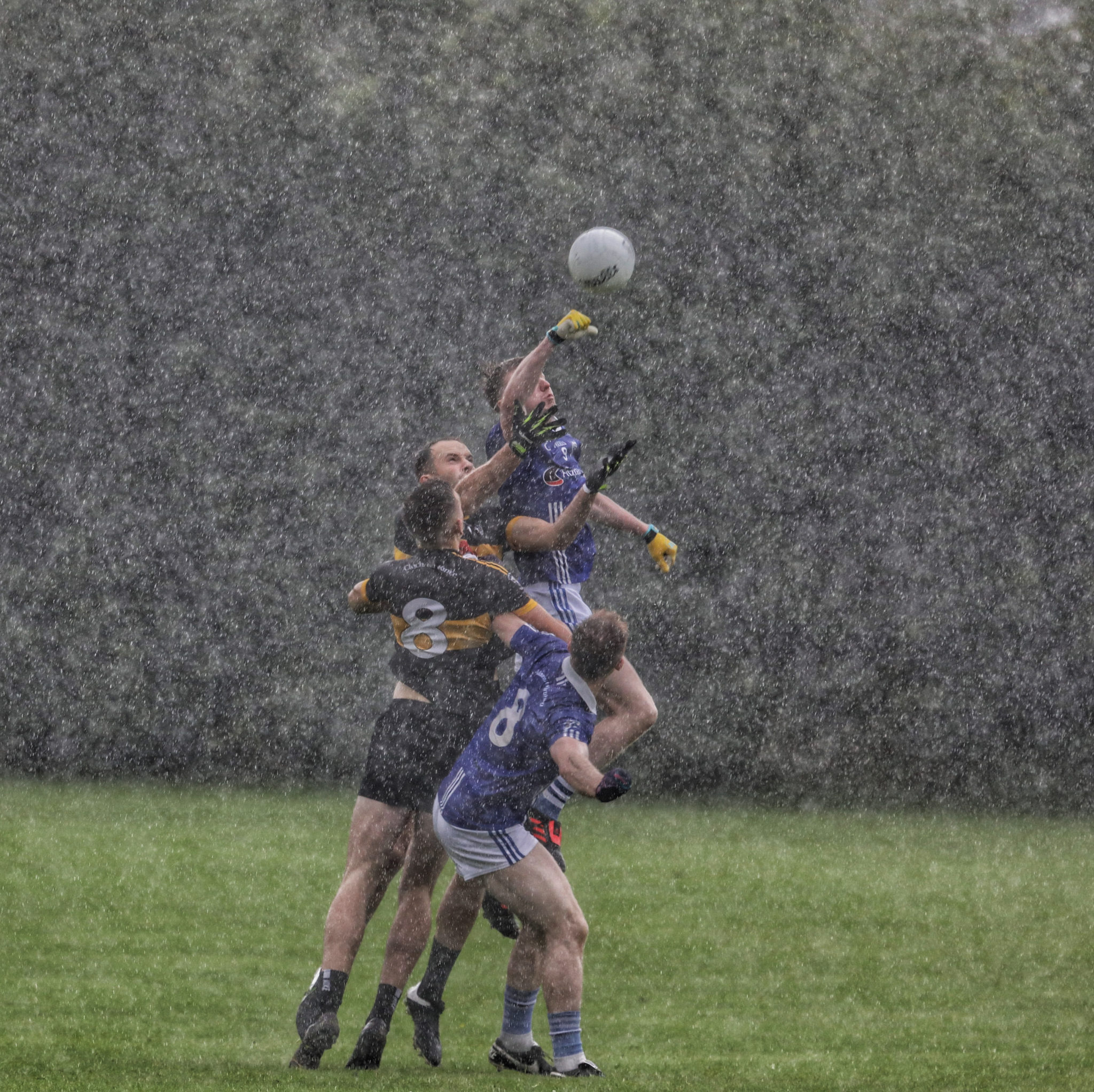 Sometimes it's about being ready with the camera at just the right moment.

Anne Doyle sent us in this great photo from a Cappagh GAA underage hurling match in Kildare. 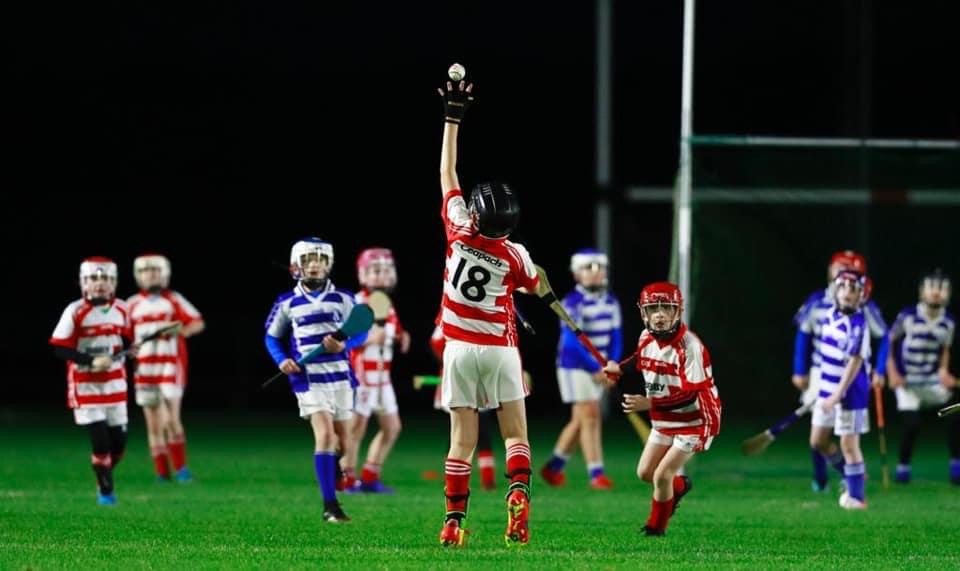 Here's another great shot, sent in by Mairead McCarthy, from St Brigids vs Ballyboden. 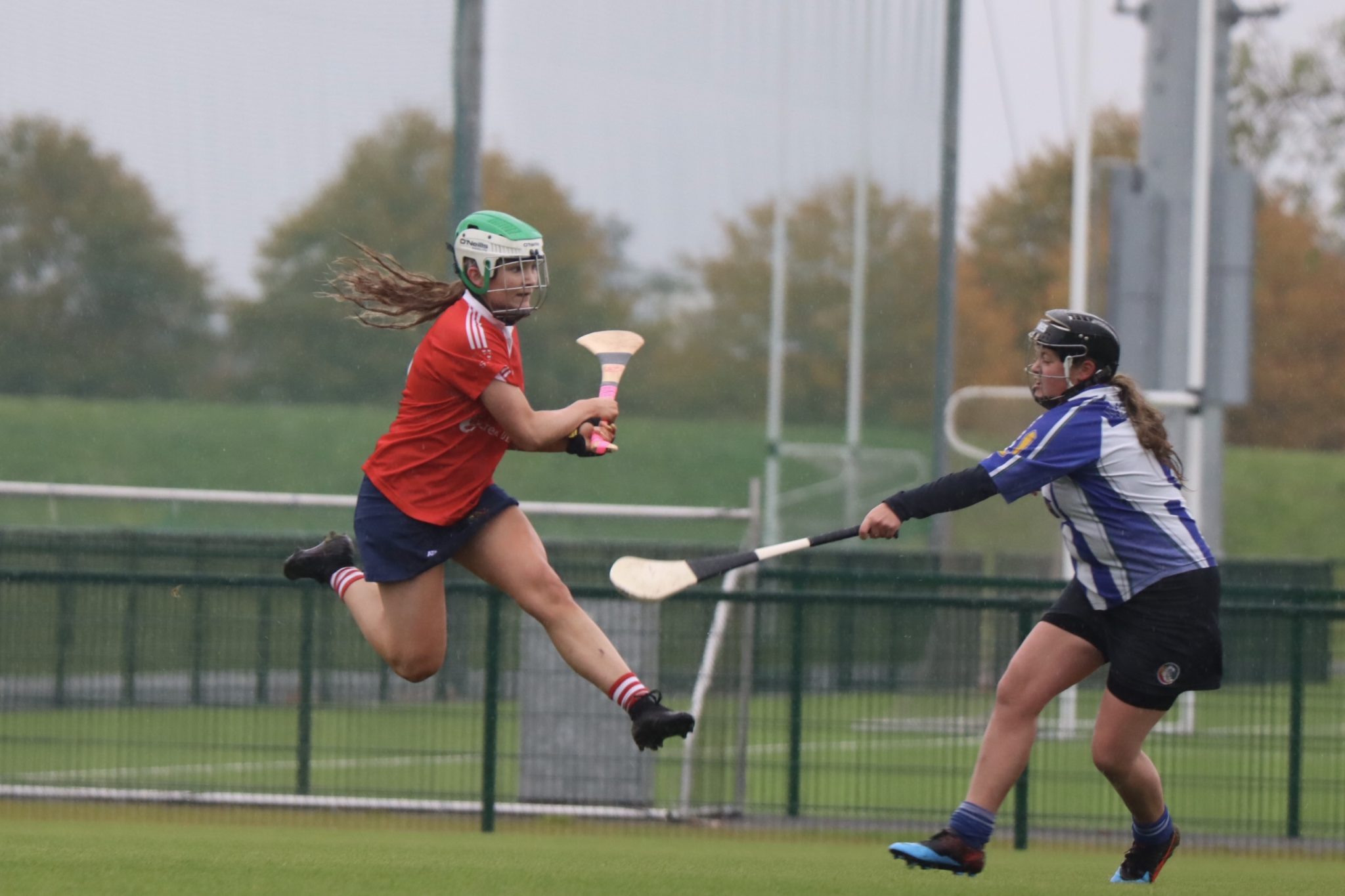 This was one comes in from Andy Walsh. In a match he describes as "The greatest comeback since Bobby Ewing came out of the shower," Ballinrobe beat Garrymore 3-14 to 3-11 in the Mayo Junior B Championship. 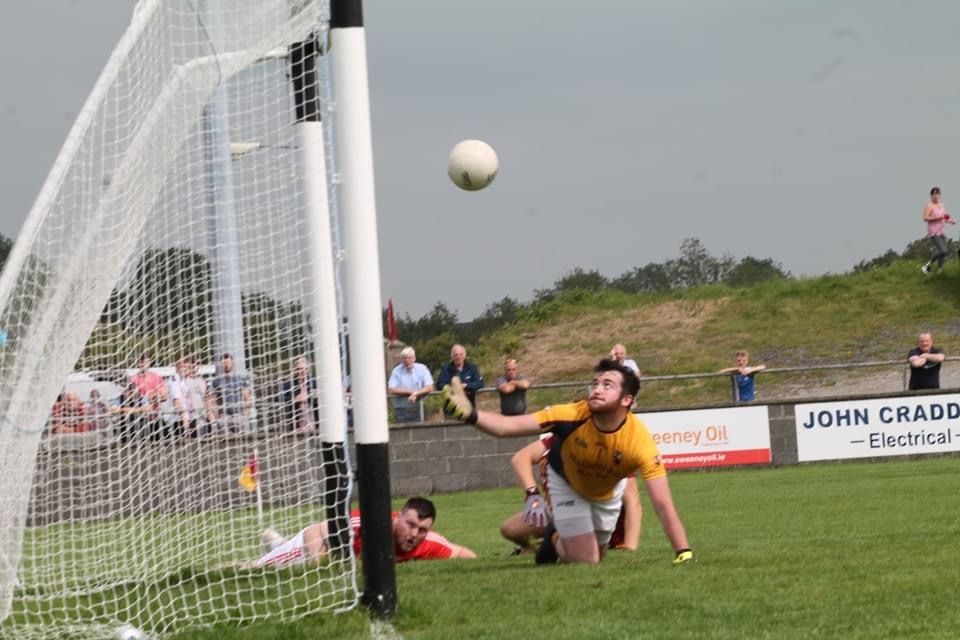 Supporters through thick and thin

What about those behind the team? Their friends, family and supporters. We've received some great photos of fans around the country.

Liam Maguire may be the youngest supporter we've seen so far. He's the son of Ballinagh's Cavan Intermediate Football Championship winning manager, Adrian. Here he is with his buddy, Missy. 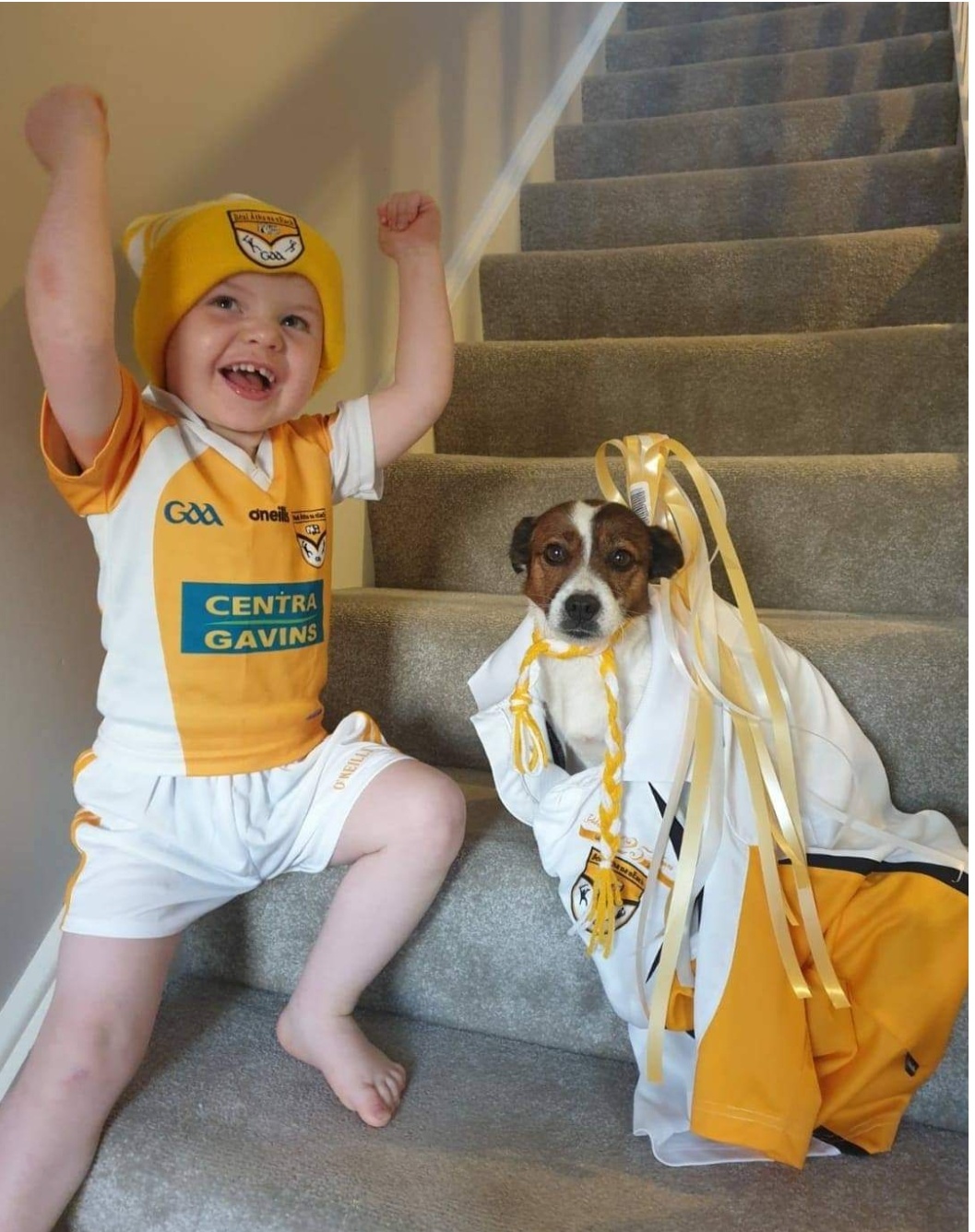 At the end of November, a special edition photo book will be published, combining the best of pictures submitted by the public with some of those taken by Sportsfile, between January and 23 October. The proceeds of the book will go to AIB Together’s partner charities, Pieta House, Food Cloud, Soar, Alone and Age NI & Age UK.