9 Years After Being Founded, South Africa Gaels GAA Club Is A Roaring Success

Sporo is definitely a GAA player. He reels off the cliché about playing out of position.

"If I’m playing, I’m happy," he says, standing by the side of the Ballyboden St Enda's pitch.

Sporo, real name Thando Dlamini (number 11 in the photo above), plays for the South Africa Gaels club. They have just walked off the field after a close exhibition game with Ballyboden.

It was a game in which the referee could not be accused of hometown bias. (The ball was lobbed suspiciously close to a SA Gaels player from the throw-in and several Ballyboden players were whistled harshly for overcarrying.) Not that the visitors needed those favourable moments to stay in touch, they could have done so without.

The Gaels, based in Johannesburg, were in Ireland for the GAA World Games which took place at Waterford IT with the finals then played at Croke Park.

"Thando is an all-rounder: full-forward, midfielder and also defender," explains Greg Heraty, a local Ballyboden man who moved to South Africa in 2012 and is now coach of the team.

"Our goalkeeper actually got injured during the World Games today. Sporo put his hand up."

Now 27, Sporo - who played like Graham Brody against Ballyboden - is in his sixth year playing Gaelic football.

It's a good sport to play. Soccer, rugby, all the sports will give you a certain amount of hand-eye coordination but Gaelic football, you get the whole lot.

The amount of physicality and the athleticism mean it’s a terrific sport to play.

When Sporo began his GAA career, he was living in Johannesburg but has since moved for work. That doesn't stop him making it to the once-a-week training sessions.

"Sporo travels 300km there and back for training on a Sunday," says Heraty. "That’s the kind of commitment you can’t buy."

The South Africa Gaels team, sponsored by FexCo, was founded nearly a decade ago by Irish and UK expats. 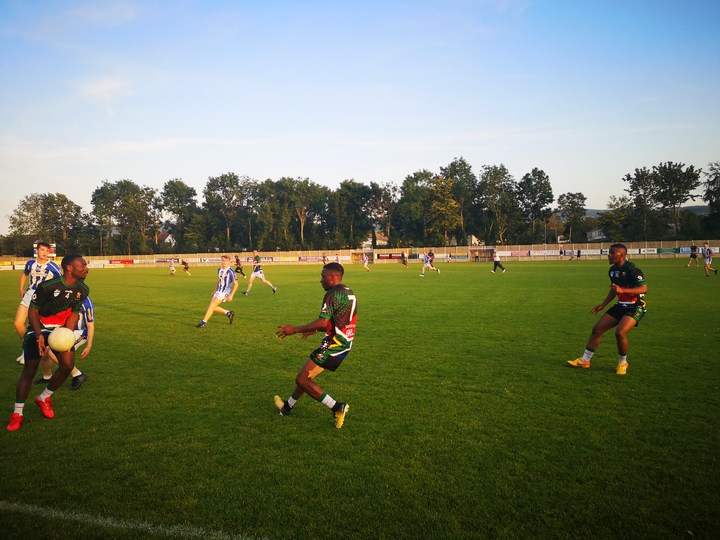 Heraty initially travelled to South Africa on a one-year contract with an Irish firm but fell in love with the country (and a local girl). He has since set up his own IT company.

"Like any Irish person who goes abroad, the first thing I did was try to find the local GAA club," he says.

"I came across a guy called Paul Carpenter, he’s from the UK. He was one of the main founders of the SA Gaels in 2010.

"I arrived on the Sunday and flew out on the Wednesday for the Gulf Gaelic Games."

In the intervening years, the growth of the SA Gaels club has been phenomenal. They now have a total membership of nearly 600.

"We’ve got three development officers - they’re local, they’re from Johannesburg and we’ve trained them. Full-time they bring Gaelic football into the primary and secondary schools in Johannesburg.

"How we like to describe it is an amalgamation of soccer and rugby.

"For them, it’s an incredible new sport that they haven’t been exposed to before. They really enjoy it. It’s a really fulfilling thing for the SA Gaels to see so many young boys and girls take up the sport.

"We take a lot of footage from GAA GO. That’s been a great help for us. We can stream the games for the lads. We’re now seeing nearly tribal divisions within the squad. We’ve got some looking for a Mayo resurgence, a couple of Dublin supporters and a few Kerry fans. "

Though the World Games finished in disappointment for the Gaels, they still made gains. Drawn in a tough group in the native-born men's football section - one featuring Australia and Birmingham-based Sean McDermotts - they finished a commendable third. Sporo's ambition of playing Croke Park would not be realised.

The women's side were knocked out in the group stage after drawing their final game. They went on to reach the Shield final but, exhausted, lost to the French team.

"The team played remarkably considering what they were up against," says Heraty.

"The big feedback from most of the organisers who were there three years ago [at the GAA World Games] is they don’t recognise the South African ladies team. They’re on another level.

"From a team development perspective, we’ve come on leaps and bounds. Over the duration of the tournament, our team camaraderie has become stronger, a lot closer." 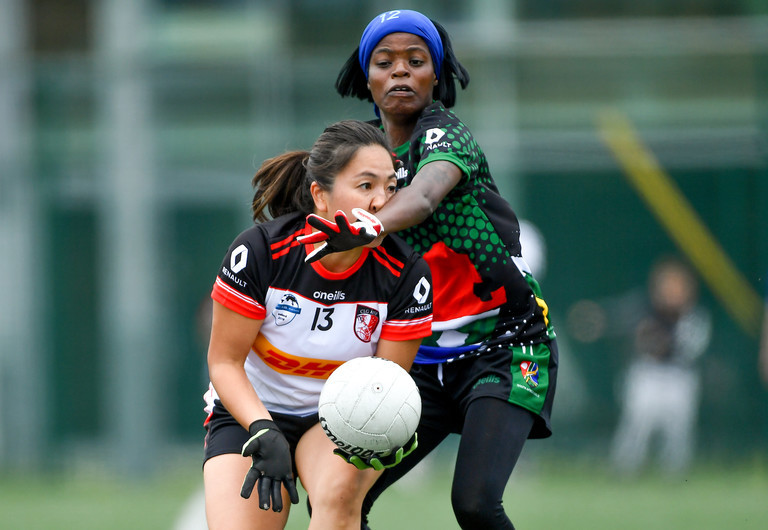 Both the Gaels men's and women's teams played their Ballyboden counterparts in exhibition games but there was another reason for their presence in South Dublin: they had a pick-up to make, one which will benefit their nursery in Johannesburg.

"What Ballyboden have done for us is that over the last three or four weeks, they’ve held a football boot donation drive," says Heraty.

"It’s been incredibly successful. I’m not too sure we’re going to have enough space in our bags to fit all the boots, the gear and the footballs. It will really help us take the game to the next level. A lot of those players in primary schools are playing in their school shoes, their bare feet.

"You saw tonight how incredibly talented our senior players are and they’ve been playing the game for five or six years. What we’re really excited about is what the talent will be like of our primary and high school kids in about 10 years.

"My family have been part of Ballyboden for many years. My father, my two brothers, myself, my sister. I sat in those changing rooms and played on this pitch as a young man. It was an emotional and proud moment for me to sit in that same dressing room with my new team - my brothers."