For Caitriona Cormican, coronavirus was a double-blow that struck her profession and her passion.

On the field, the Galway woman is the centre-back that helped them to an All-Ireland title last year. Off it, she is a GP in the city centre. Both quarters were thrown into turmoil.

"It was a very, very strange few months," she explains.

"Initially, when we got the news that it hit Ireland it was a very worrying time and we just didn't know what was in store for us. We were seeing other countries like Italy and worrying that could be us.

"We didn't know if our hospitals would be able to handle the numbers if they rose too high. Overnight we had to change the way we worked as GPs, our normal day-to-day is loads of face-to-face contact and that helps make the special bond you have with your patients.

"Overnight we had to change to phone and video consults and that was solely for the safety of patients and staff. It was a very challenging time." 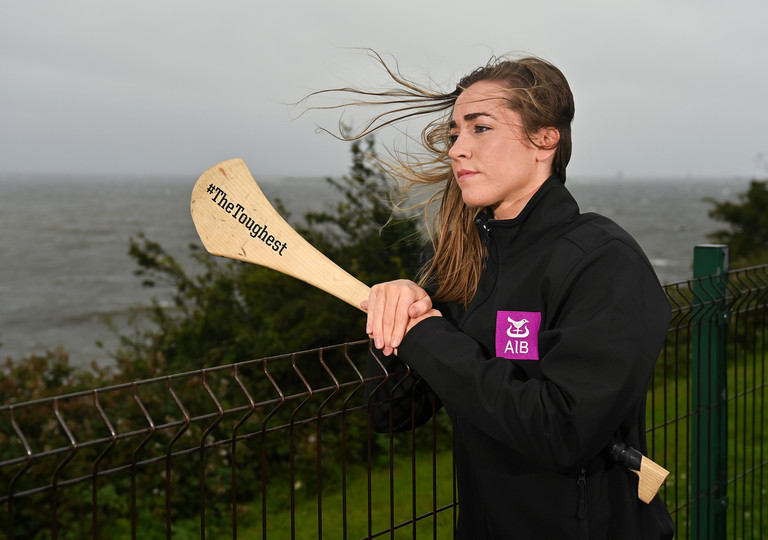 She was speaking ahead of Episode Three of AIB’s 'The Toughest Summer,' a documentary which tells the story of Summer 2020 which saw an unprecedented halt to Gaelic Games.

The series is made up of five webisodes as well as a full-length documentary to air on RTÉ One in late August. Caitriona Cormican features in the third webisode that will be available on AIB’s YouTube channel from 1pm on Thursday 6th August.

Needless to say, the stress of her work significantly increased in the aftermath of the pandemic. What's more, she did not have the familiar means of release.

"Sport has always been an outlet. It is always helped regardless of how stressful the job has been. We go through a lot of stressful jobs: training, 24-hour calls... weeks where we could do over 100 hours. For me, sport was a big outlet and that definitely helped keep me sane."

She quickly realised it wasn't the sport itself that she craved. Camogie was the facilitator for something much more crucial.

When people asked me, 'are you missing the sport?' I said, 'do you know what, I'm actually missing the people.' And when I talked to others they were the same.

If you'd asked me while we were in the midst of sport is that what you were going to miss you probably wouldn't have thought it but it just shows we are all social creatures.

You don't realise it but when you go into a dressing room after having a bad day it lifts your spirits and you don't even realise you're helping others around you by just being there.

The absence of that took its toll. Her work showed her the true scale of that reality.

"Definitely, as a GP I did see the huge effect that lockdown had from a very young age right up to the elderly. Just routine things like school, children really missed that routine, being at home and missing that social interaction with their friends as well. The elderly having to cocoon, the loneliness and missing their grandchildren...

"Exercise and sport play a huge part in people's lives to help with their mental health. So not having that aspect to help people get back on track and clear their head was a huge void." 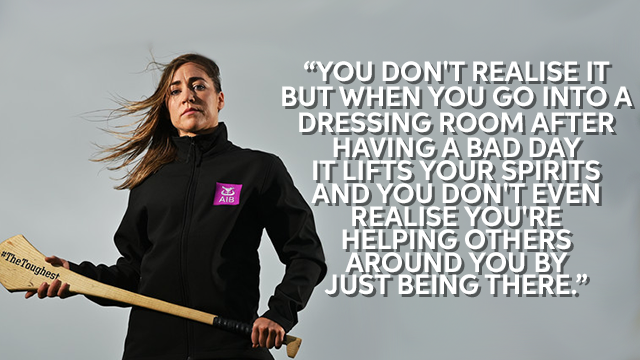 Away from the office, Cormican did her best to help in any way she could. Friends, family and team-mates were all encouraged to ask questions if they needed to. Her efforts did not go unappreciated. In her webisode, she receives thanks in the form of letters from local schoolchildren.

Amidst the overwhelming sense of uncertainty, the doctor knew her expertise could help. She welcomed the opportunity to do so.

"It’s very important to people that you are approachable and they can ask you anything. So I’d always tell the girls that if they ever have any queries not to be afraid to ask me. I would have had a good few people contact me.

"Friends and family and different things over the months just with different queries. I’m happy to be there for people because sometimes, it might be just a simple thing but it might be affecting someone. If you can help someone like that it is great."

Which brings her to a final plea. There has been much done but there is more to do. The coming months should bring plenty of club action and a return to Intercounty Camogie. With a defence of their O'Duffy Cup on the horizon, Caitríona Cormican can't wait to get back playing but that can only happen if we all play a part.

"I know we are in this month now and people are probably saying, "When is this going to end?" But, you know, the guidelines that are in place and what they are advising, it is for our own safety.

"We do not have any magic tablet, we do not have a vaccine yet. So the only thing that can prevent the spread is us as humans and following what we're being advised to do.