For those of us suffering from sports grief, Sundays are the hardest. On other days of the week, we might be heading towards acceptance. On Sundays, we're stuck in the bargaining stage.

If we could just have sport back, we'll watch everything you put in front of us. Never again will be balk at the first Super Sunday game being Watford V Bournemouth.

Luckily the sporting gods (TV schedulers) haven't been too cruel to us. OK, there's no current sport unless you want to watch weird Indy Car racing featuring Skype national anthems and prayers, but if the lockdown has given us anything, it's an appreciation for classic sport, and there's plenty of that on display today.

Covering a multitude of sports and eras, there really is something for everyone across the stations today. We've whittled it down to 14 classic occasions you can choose from, which should keep you going from early afternoon until late tonight.

We've broken it down by sport.

Galway end their 29 year wait for a hurling All-Ireland on @SportTG4 today at 2pm pic.twitter.com/ulrvcv6kLQ

One famine had to come to an end in the 2017 All-Ireland final. A novel pairing, this was Joe Canning's crowning moment. Emotiional scenes and great hurling.

If you can't get to a TV, you'll be able to watch the full game right here on Balls.ie as well from 2pm.

The legendary match between All-Ireland champions Derry and Down in the Ulster first round of 1994 is one of the games on All-Ireland Gold on @SportTG4 this Sunday. Throw-in is at 3.35 pic.twitter.com/Qs1V6qqza0

Derry were champions of 1993. Down had been champions in 1991. Ulster had become the most competitive province in Ireland and these two giants met in the first round of what was then a straight knockout competition. What followed has gone down in history as one of the best football games ever played. We can't wait to find out if it was as good as advertised.

Again, the full game will be up right here on Balls.ie as well from 3.35pm.

Was there ever a hurler who could strike a ball like Paul Flynn?

An all-time classic, Waterford V Cork in the 2004 Munster Final is "live" on @SportTG4 at 2pm today. pic.twitter.com/FMb6gAULKK

This game was on TG4 a couple of weeks ago, and on RTE the other night, so if you don't watch it this time, you've no excuse. A hurling classic to match the football game above, it's also slightly easier watching for Waterford fans who might have sat through the 2017 All-Ireland earlier. 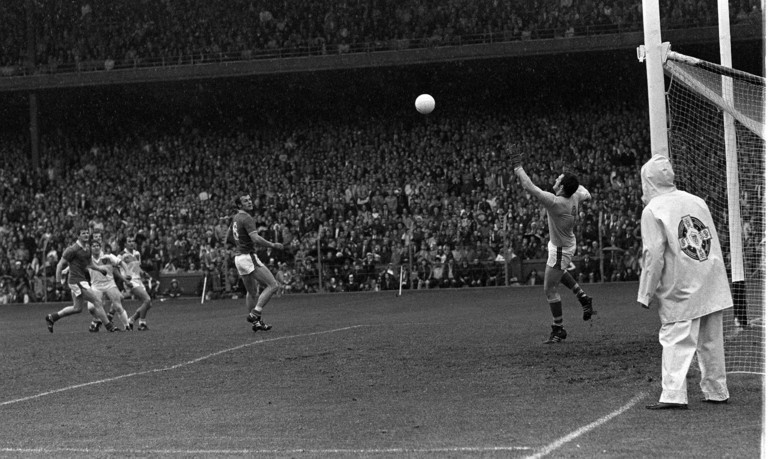 One of the most famous games of all-time, but how often if ever have you watched the full game? 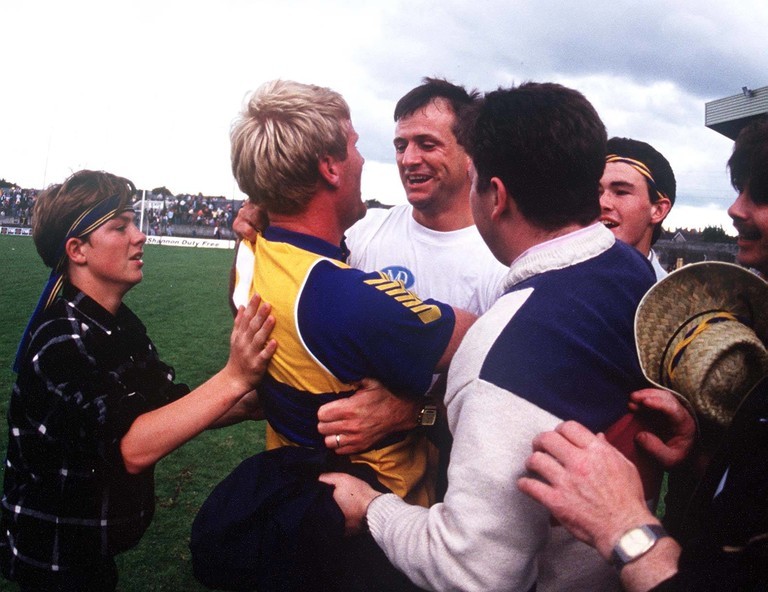 One of the most remarkable days in Gaelic football history. John Maughan's Clare shocked the nation by beating Kerry in the Munster final, ending the 58 year domination of Cork and Kerry in the competition.

Clare remain the only team outside of the big two to win the title since 1935. 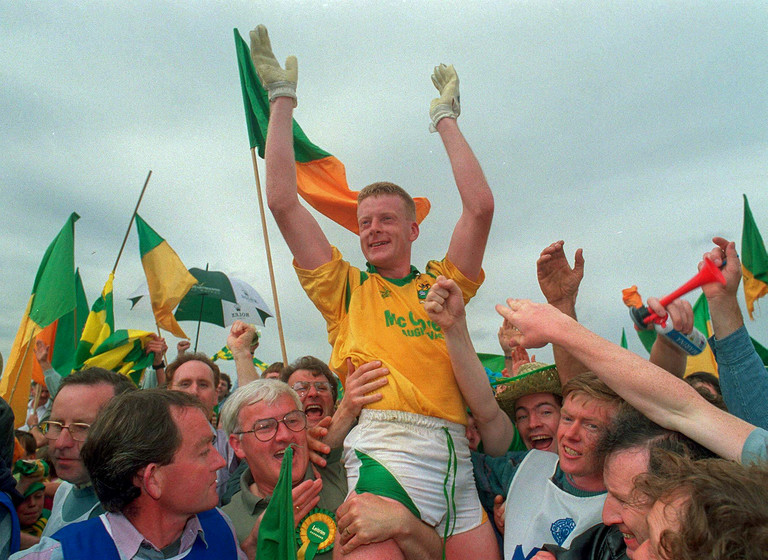 An unbelievable night of underdog nostalgia on eir Sport 2 is rounded up with this game.

Two years after Clare, it was the turn of Leitrim to upset the odds, winning their only ever Connacht title on a historic day.

Two classic Merseyside derbies from when Liverpool and Everton ruled English football. Plenty of Irish players on display in these games too.

Documentary covering the trip of the Republic and Northern Ireland to Euro 2016 with highlights, player interviews and fan memories.

First broadcast over Christmas in 2016, there was a great reaction to the show, with Robbie Brady's goal in Lille the obvious highlight.

A must watch for any Chelsea fans. This was the day the Blues clinched their second successive title and did it against the gold standard of the Premier League, and did it in style.

This is the football offering we're most looking forward to today.

The visit of Spain to Lansdowne Road was a pivotal one on the road to Italy. While the Ireland team under Jack might not always have been the easiest to watch, the sense of occasion at these games and the quality of the endeavour are always fascinating to watch, and this is one not too many of us have seen any more than brief highlights of.

Sport on TV: Other

The full coverage of the final day of the 2015 Masters is exactly what golf fans need right now. There's nothing like Augusta Sunday and if, like us, you don't remember too many of the specifics of the 2015 event, then it'll be just like living it for the first time if you tune in this afternoon.

A bit of a strange one, but the BBC look back on the first ever London marathon in 1981, which over 7000 runners competed in. While the occasion is the central focus, and there's some great shots of early 80s London, the actual sport comes into focus too, especially as the men's race was arguably the most dramatic marathon in history, finishing in a dead heat. 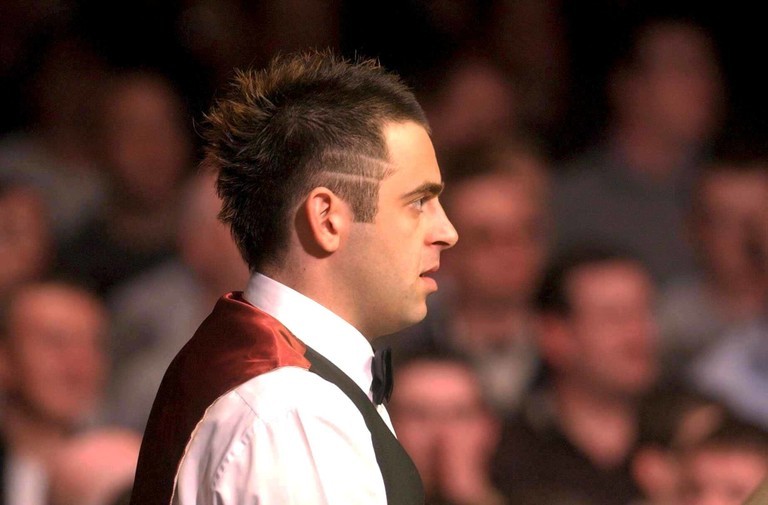 As we approach the end of the April, the sports world should be taking regular and relaxed visits to the Crucible this weekend. We're not, but BBC have helpfully put on a classic match between two of the all-time great for us to put on the slippers, have a cup of tea, and relax to this afternoon.

SEE ALSO: Balls Remembers: The Greatest Football Advert Ever Made

GAA
2 weeks ago
By Michael McCarthy
Watch In Full: Armagh Vs. Dublin In The 2002 All-Ireland Football Semi-Final
5

GAA
1 month ago
By Michael McCarthy
Watch "Live": Galway Vs Waterford In The 2017 All-Ireland Hurling Final
Previous Next

The Rewind News
23 hours ago
By Donny Mahoney
Supermacs CEO: Covid-19 Payment For Part-Time Workers 'Like Winning The Lotto'
5