Stephen Rochford has brought a new level of professionalism to Donegal training which has lifted the panel says Stephen McMenamin.

Rochford, the former Mayo manager who led the county to All-Ireland finals in 2016 and 2017, became a surprise addition to Declan Bonner's Donegal backroom team last autumn.

"Training has been better [for] having him in there," says McMenamin, now in his second year with the Donegal senior panel.

"Technique, ball skills, your kicking, your hand passing, everything has to be better with him. It’s not good enough to just go to training, turn up. He wants you to be performing the best you can and I think he gets the best out of everyone at training.

"100 per cent it's definitely making a difference. He focuses on something different every week. Kick-outs, he's putting massive effort onto them. Attacking football, we're trying to improve on our attacking every training and he brings out the best in it." 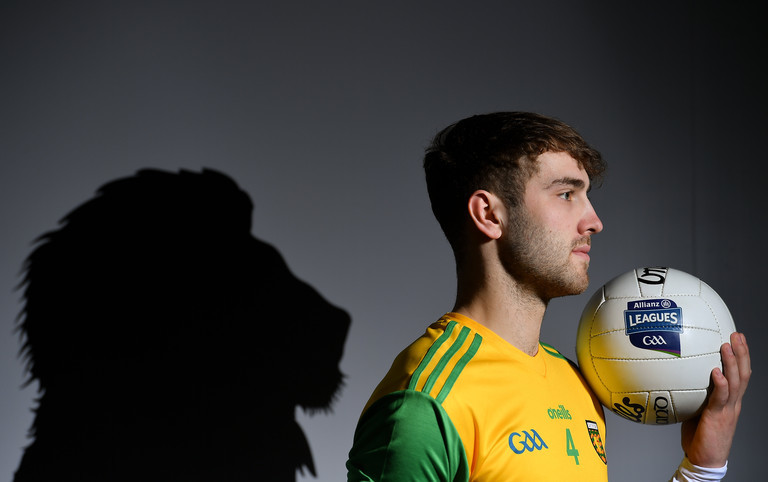 McMenamin came through the Donegal age grades with a group of 12 or so players who are all now on the senior panel together. For much of that time, Declan Bonner was their manager. He's someone who that group inside out.

Bonner is at the top of the tree with coaches Rochford, Karl Lacey and Gary Boyle working underneath him. Rochford has an overall purview of the team with Karl Lacey concentrating on the defence and Gary Boyle on the attack.

"He's coming in new and he sees everyone on the same page," says McMenamin (whom you can to on this week's Three Man Weave podcast) of Rochford.

"Training-wise, they pick their team on who's training well. And Stephen Rochford would see no big names in Donegal, he knows everyone on the same sheet.

"The strength and depth we have in the team, no man’s place in the team is secure. Compared to other years where you sort of knew the team but this year you’re looking over your shoulder and nobody is safe at the minute. There could be 10 or 11 backs there at the minute who will feel like they should be starting so it’s not easy.

"Hopefully to go on and win an All-Ireland, that's the main goal to be fair."

Above: In attendance at the 2019 Allianz Football League Finals preview is Stephen McMenamin of Donegal at Croke Park in Dublin. 2019 marks the 27th year of Allianz’ support of courage on the field of play through its sponsorship of the Allianz Football and Hurling Leagues. Mayo meet Kerry in this Sunday’s Division 1 decider at Croke Park (4pm), while Meath and Donegal will contest the Division 2 Final in Croke Park on Saturday (5pm), preceded by the Division 4 final meeting of Leitrim and Derry (3pm). Photo by Brendan Moran/Sportsfile

GAA
21 hours ago
By Gary Connaughton
Watch: Clare Club Score The Strangest Goal You Are Likely To See
Previous Next