Stephen O'Keeffe says he will not be making a return to the Waterford senior hurling panel.

The 2017 All-Star goalkeeper stepped away from the Deise panel last December following Waterford's defeat to Limerick in the All-Ireland final.

On Sunday, O'Keeffe stood between the sticks as his Ballygunner side won their eighth consecutive Waterford SHC title with a 20-point victory over Roanmore.

"That's that finished for me now," O'Keeffe told TG4 when asked about his inter-county career.

"In fairness now, the two lads, Shaun [O'Brien] and Billy [Nolan] are doing brilliant in there.

"There would be no guarantees, even if I went back, that there would be a place for me. I've given it a good nine or ten years, and that chapter is finished for myself.

“I've given it a good nine or ten years now, that chapter is finished”

O'Keeffe had one of his quieter days between the posts for Ballygunner on Sunday.

"We really wanted to target the start of the game, not let Roanmore build momentum, because they are very dangerous when they do.

"You saw all the tackling that was going on around the middle, they created a lot of turnovers. When they did, they punished [Roanmore] with points. We built up a lead before the first waterbreak. That set up a platform for the rest of the game.

"It was really, really good. There seemed to be support runners everywhere. The passes seemed to be going to hand and shots were finding their target.

"It gives everyone a life when you see the things you're working on in training coming off. Over the last few weeks, we've been stumbling a small bit with our performances, certain passes not going to hand, maybe shots going wide."

See Also: There Was No Stopping Dessie Hutchinson In Deise Hurling Final 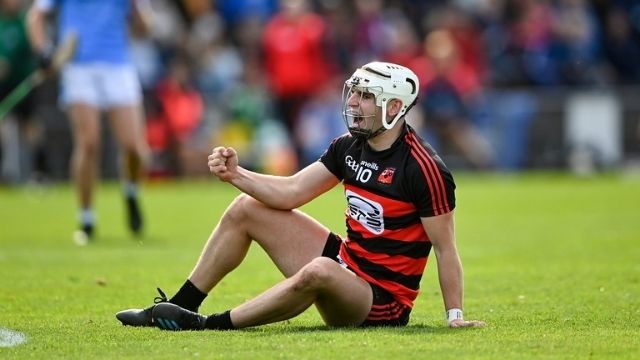