Clough/Ballacolla Get 'Huge' Win On 'Miserable Night For Hurling'

Clough/Ballacolla reached the semi-finals of the Leinster Senior Club Hurling Championship with a surprise win over Wexford champions Rapparees on Saturday.

It was a 1-17 to 0-12 win for the Laois champions whose goal came from Man of the Match, Stephen 'Picky' Maher. The Clough/Ballacolla half-forward hit 1-9 at O'Moore Park on what he called "a miserable night for hurling". Though, the game being Clough/Ballacolla's first win in the Leinster championship will have made it worth enduring some tough conditions.

"It was freezing cold, impossible to warm the hands," Maher told RTÉ after the game.

"I missed a few frees, I wasn't happy on that side [of my game].

"It's a huge win for this team. We've been trying to get a victory in Leinster for a good few years now. '09, '11, '15, and we couldn't get over the line. I think we had a good group of players this year. We've gone from strength to strength, and thankfully, today, we've got that victory. It's a huge lift off the shoulders.

"In fairness, we were coming off the back of a county final win. We had a pep in our step, and they were waiting around for nine or ten weeks. It's a huge victory for the club itself."

Laois champions Clough-Ballacolla are through to a Leinster semi-final after an impressive 1-17 to 0-12 win over Raparees with Stephen Maher finishing beautifully for the only goal of the game at O’Moore Park. pic.twitter.com/ye314bWhcK

Maher's goal came just after half-time with the sides level at eight points each.

"I remember the ball going in, and I knew it was going to break somewhere," said Maher, recalling his goal.

"It was a scrappy enough all in. It just broke, and I got one tough, and I didn't have time to catch it so I went with a little flick. Thankfully, it found itself in the back of the net."

Clough/Ballacolla will play either Dublin champions Kilmacud Crokes or Westmeath champions Raharney in the semi-final. 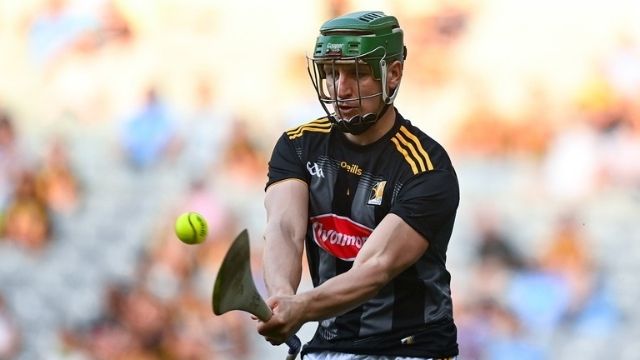