The build up has been dogged with controversy but thankfully Mayo versus Dublin Part II is almost here. These two teams know each other inside out at this stage so will there be any surprises on Saturday? What can the management teams do to gain an edge? Yesterday we looked at what Dublin could do to improve so today we turn our eyes West.

What can Stephen Rochford do differently this time while still maintaining the same level of performance from his side?

Love him or hate him, everyone has an opinion on Aidan O'Shea. If he scored 2-5 his detractors would still say he didn't pass enough. If held scoreless, the knives are immediately out for not having an impact. The truth is that O'Shea had a decent game in the drawn match. Not everything he did worked, but not everything Mayo did helped him either. Mayo cannot remain static in their tactics so utilising O'Shea away from full forward for at least twenty minutes could be a perfect move. He is a great foot passer, can burst onto passes, and as with Cillian O'Connor's equaliser, he can set up a score.

Bringing O'Shea to the forty to give Cian O'Sullivan some company could be just what he and Mayo need to upset Dublin. 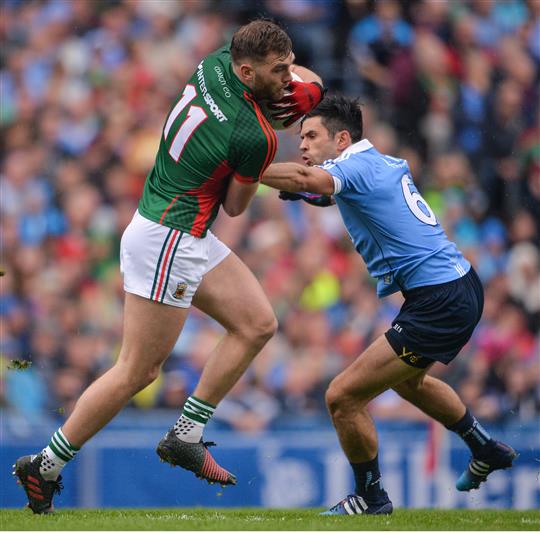 Barry Moran came on in the closing stages of the final but his impact was minimal. Coming on for Alan Dillon after injury to the Ballintubber man, Moran's position was ambiguous. If he appears in the replay, you can be sure the Mitchell's man will have a much more defined role.

He could easily be pitched in to midfield by Stephen Rochford to combat Dublin's long kick-outs or more likely, we could see him head to the edge of the square. Andy Moran and O'Shea enjoyed some joy off the Dublin full back line, separately, but throw in Barry to join either of them and it could lead to serious chaos. It's an option from either the throw-in or in the second half. It could give Mayo an outlet that they did not have the last day out. 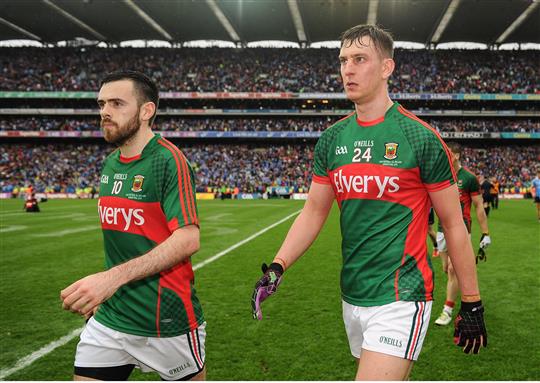 Seamus O'Shea has been a major part of this Mayo side over the last few years. He has had the sixth highest number of possessions this season according to SURE GAA Season of Statistics. His black-card in last year's semi-final was a serious blow to Mayo's challenge in the end. However, last Sunday wasn't his finest day with three, glaring, unforced turnovers on handpasses. Chances are that he won't make that mistake again. There is the option though of having Donal Vaughan follow Brian Fenton, with Tom Parsons taking up McAuley or Bastick. Vaughan's athleticism and point scoring could stop the Raheny man's gambols forward and thwart those breaks that caused Mayo such worry last time out. Introducing a fit again Chris Barrett into the half back line and bringing O'Shea off the bench in the second half might tip the balance in the midfield battle for the Green and Red.