The Sam Maguire trophy dons blue once more. Dublin's status of greatest team of the decade is assured, the tag of greatest team looms. Their victory over Tyrone brought to an end the 2018 Championship and thus it is time for All-Star and Player of the Year debates.

The Sunday Game have released their Team of the Year, which features eight players from the All-Ireland champions. A selection panel of Sean Cavanagh, Ciaran Whelan, Tomás Ó Sé, Lee Keegan, Colm Cooper and Michael Murphy choose the team.

It also saw two from Tyrone, two from Monaghan, one from Galway, one from Donegal and one from Kerry. 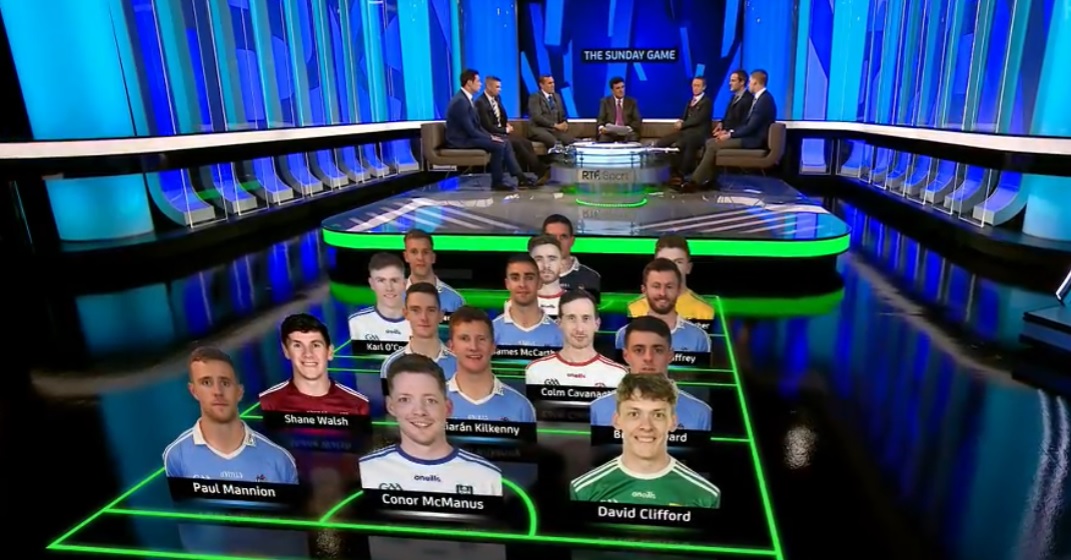 Player of the year went to Ciaran Kilkenny from Dublin.

SEE ALSO: The Five Most Influential Players As Dublin Storm To All-Ireland Glory