"When you’re infallible, you never learn from your mistakes," McGeeney told Sky Sports.

"That’s the only way I can put it.

"We had four minutes of extra-time there, with maybe 10 or 11 head injuries. That’s nothing to do with Mayo or James [Horan], that’s not his call. That’s the man in the middle. There were more stoppages in that game."

McGeeney's complaint was verified as being legitimate on The Sunday Game. Kevin McStay established that there should have more than ten minutes of added time. 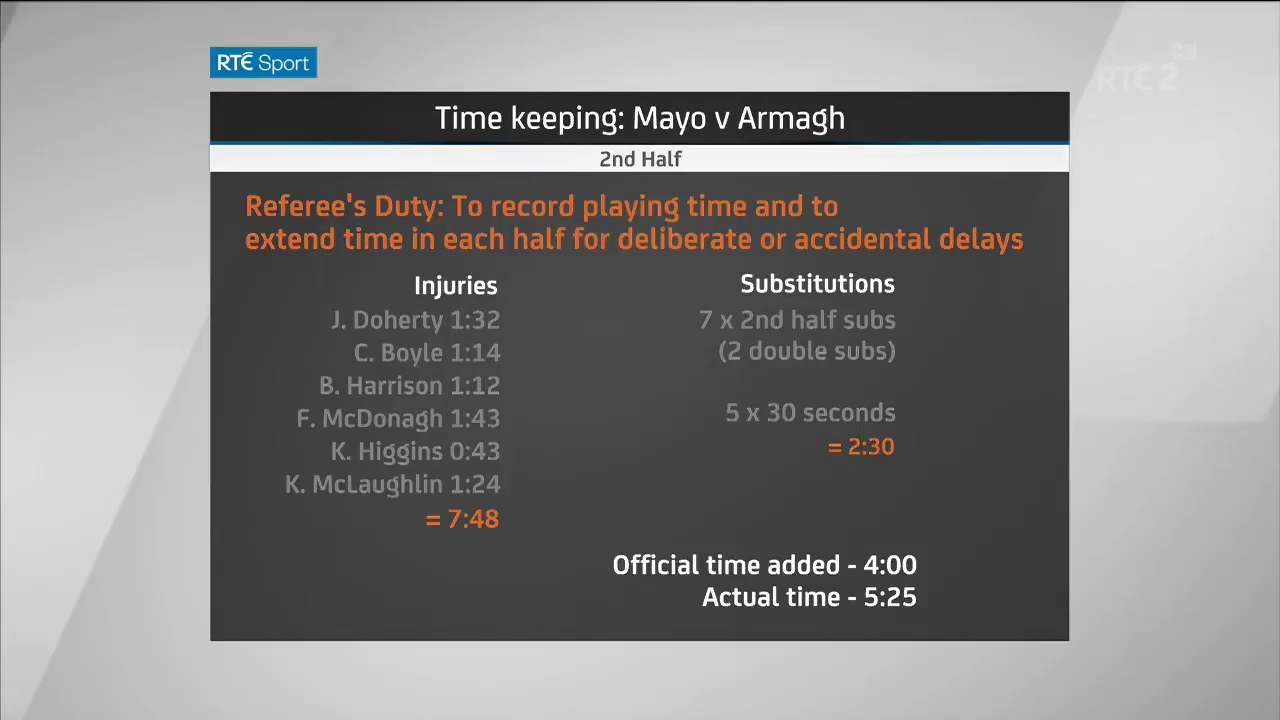 "It's not just in this game, it's in a lot of the big championship games this year," said McStay.

The issue of time-keeping, it's been a struggle.

We've got it in two categories here, injuries and substitutions made; we have it at over ten minutes. There were other categories I left out like consultations with other officials - that was just short of three minutes.

Four minutes were announced and we've established two-and-a-half times that should have been played.

It's really not good enough. Five years ago [when Mayo were beaten by Kerry], we were here debating the exact same thing. It hasn't moved on and they're going to have to resolve that issue.

"We continually as the question, 'Why is the referee in charge of the time?'" added Sean Cavanagh.

"Lots of other sports, it's operated so well like in basketball where they have a timekeeper.

"Maurice Deegan didn't have a good game last night. Armagh fans were not happy he was appointed the game in the first place, they certainly weren't happy after the game. He made a number of harsh calls."

There were 4 minutes of additional time in the Mayo-Armagh qualifier. In reality there should have been 10 minutes. Kevin McStay explains why #rtegaa pic.twitter.com/pY7pw9F4Ll

See Also: The Draw Has Been Made For Round 4 Of The Football Qualifiers