2020 has been a very strange year, but the outcome of the All-Ireland Championship was as predictable as ever, as a final quarter surge saw Dublin claim a record sixth consecutive title.

This was Mayo's 10th final to lose, since last winning in 1951 and it looked set to be an awful day for James Horan's side, when Dean Rock palmed to the net after 12 seconds.

The Sunday Game named their team of the year last night with Dublin accounting for nine of the players selected. Three Mayo players made the cut, along with two from Cavan and Tipperary's Conor Sweeney.

Ciaran Kilkenny was named as Footballer of the Year and Kevin McStay felt the Castleknock playmaker has added a strong scoring dimension to his game.

"He's had a great season, but I really felt his second half effort's today, where he imposed himself, after difficulties with Paddy Durcan (in first half), he drove them on. The big players stand up and he did it,"

"He's had a fantastic year. I have him down for (scoring) about 1-19 or 1-20. That's the big thing he added to his game. He improved again as a fantastic footballer. He added another layer to his whole performances this year," McStay said when speaking on the Saturday Game last night.

Kevin McStay explains why the Dublin star came out on top #RTEGAA pic.twitter.com/LFSpiJGZRp

"Probably one of the most complete players in the game and has been over the last 5-8 years. A crucial part of the six in a row and fantastic. He's added scores to his link play," Cavanagh said.

Ciaran Kilkenny, Con O'Callaghan and Brian Fenton, were the three names shortlisted for the Sunday Games Player of the Year, with all three of them highly likely to be in the running for the official accolade. 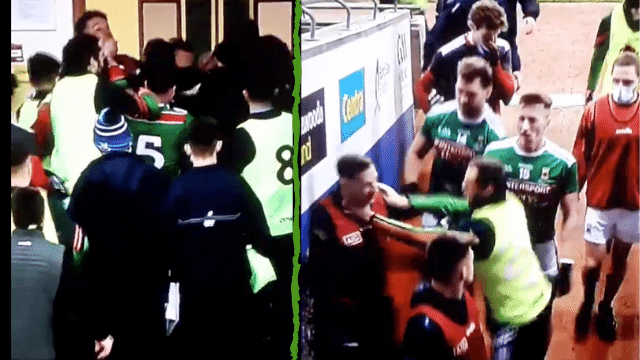 Football
3 months ago
By Donny Mahoney
These Are Some Of Ireland's Most Famous Sporting Cousins
GAA
1 year ago
By PJ Browne
Jack McCaffrey Explains Why Aussie Rules Did Not Appeal To Him
GAA
1 year ago
By PJ Browne
Kilkenny Reveals How Teammates Roused Him To All-Ireland MOTM Performance
Popular on Balls
The Rewind
16 hours ago
By Fiachra Gallagher
"Guy Was An Interior Decorator!": 20 Years On From One Of The Best Sopranos Episodes
Rugby
12 hours ago
By Eoin Harrington
Kyle Sinckler Was Incredibly Honest About His Lions Omission
Football
18 hours ago
By Gary Connaughton
Derby County Have Mick McCarthy To Thank After Crazy Escape From Relegation
48