As It Stands: The Super 8 Tables After The 2nd Round Of Games

After taking a pillorying in the wake of last weekend's less than impressive fare in Croke Park, the Super 8s, when taken on the road, appears to work very well indeed. In Roscommon, Tyrone, Kildare and Monaghan, the games on show all offered some sense of intrigue; with Galway's victory in Newbridge perhaps the pick of these round 2 matches. So, with a fascinating weekend of football to come, here are the Super 8 tables as it stands. 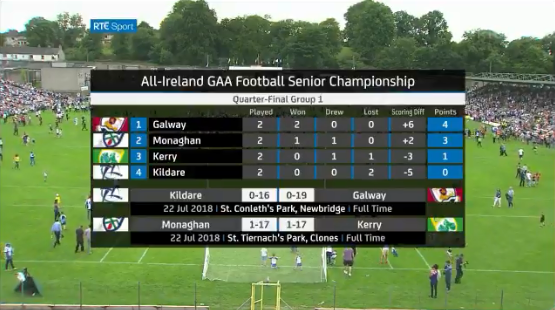 Galway overcame Kildare in Newbridge in a wonderful match-up this afternoon. With four points from two games, they will take their place in the All-Ireland semi-finals. In eking out a late, late draw against Monaghan in Clones, Kerry ensured Group 1 will go down to the last day. A win for Monaghan against Galway will be enough for them to join the Tribesmen in the semi-finals. But, if Kerry are to go through to the semi-finals, they will need to beat Kildare (who are now out) and hope Galway overcome Monaghan in Salthill. 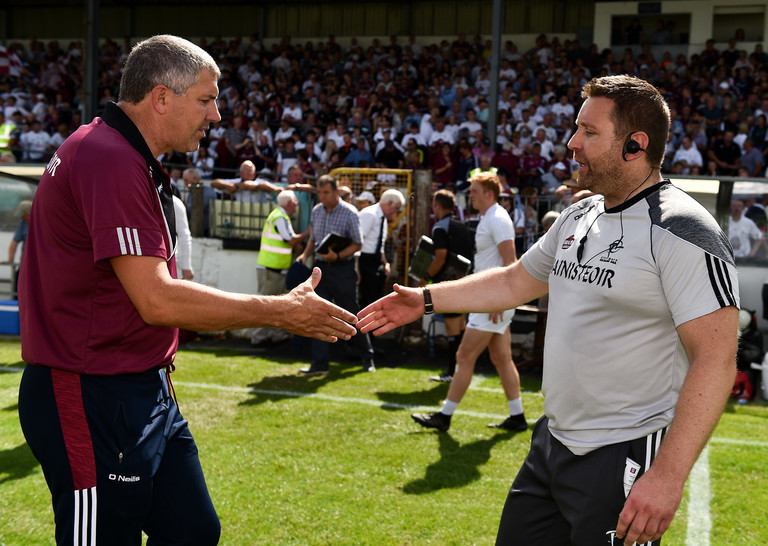 Dublin booked their place in the 2018 All-Ireland semi-finals, and, despite an admittedly narrow win in Omagh, remain the team to beat in this year's championship. For Tyrone, their fate will be determined by next week's visit to Donegal. With both sides tied on 2 points after 2 games, it will be winner-takes-all in Ballybofey. As for Roscommon, they've already reached the end of their championship road for 2018. With Dublin safely through, many are concerned that next week's dead rubber in Croke Park could attract an alarmingly low crowd. 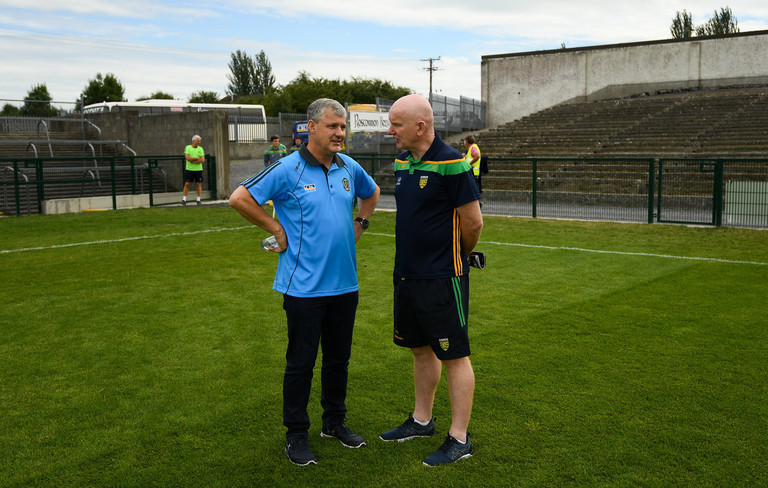 See Also: Watch: Phenomenal Michael Murphy Back To His Best For Donegal