St Brendan's of Killarney completed a Hogan Cup two-in-a-row in scintillating fashion this afternoon at Headquarters with a 0-18 to 0-10 win over St Peter's of Wexford. The match featured a whole host of classy, young Kerry forwards but the highlight of the game was undoubtedly a smokebomb that was uncorked without about 10 minutes left in the game in the area of the Brendan's supporters.

A cloud covered a large portion of the Croke Park field as if it were the Smoke Monster from the TV programme 'Lost' seeking vengeance. The sight of smoke clouds around Croker remains a rare occurrence, beyond the odd blue smokebomb unleashed by Dublin fans. The stewards on call must have presumed they were in for an easy day but seem utterly befuddled by the smoke bomb. 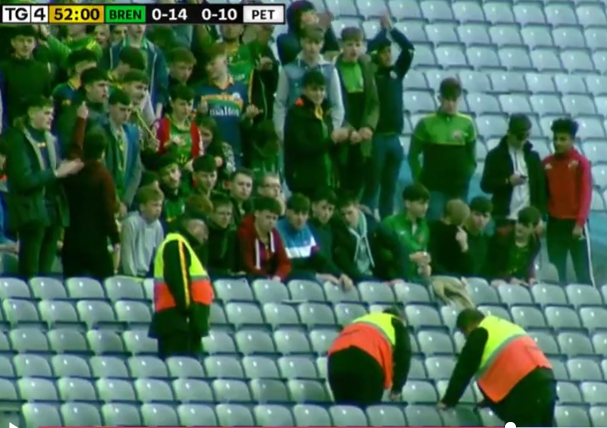 Props to Billy Courtney of Brendan's who nailed a free from the ground despite the cloud of smoke.

READ ALSO: 'Kerry Really Should Be Ashamed Of Themselves'