TG4 will have live action from the Mayo Senior Football Championship and the Tipperary Senior Hurling Championship this weekend.

At 2pm on Sunday, in the opening ground of the Mayo SFC, Breaffy take on The Neale in Group 4.

Breaffy - who lost last year's final to Knockmore - have Robbie Hennelly, Mattie Ruane, and Aidan, Conor, and Seamus O'Shea among their numbers, while The Neale have Mayo attacker Tommy Conroy.

We are delighted to confirm @SportTG4 will be covering a live game from the Mayo GAA @ConnachtGold SFC next Sunday @ 2pm. Make sure you tune in. ?

That game is followed at 3:45pm by the meeting of Borris-Ileigh and Nenagh Éire Óg in the Tipperary SHC. Whichever side wins will progress to the next round. Both sides have already beaten Roscrea and lost to Kilruane MacDonaghs in Group 4.

Borris-Ileigh won the title in 2019, and reached the All-Ireland final that season. Nenagh were last in a county final three years ago, and have lost four finals in the last 15 years.

TG4 also has its Monday night highlights show, which airs at 8pm, with action from club games around the country.

Quiz: Can You Get 8/8 In Our County Hurling Finals Quiz? 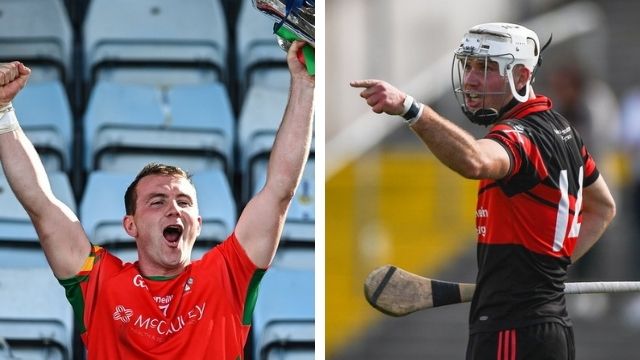