Lessons From 2018 Help The Barrs To Munster Football Title

St Finbarrs won their first Munster football title since 1986 with a tense 2-9 to 1-10 victory over Austin Stacks on Sunday.

Two goals from The Barrs at either end of the game proved crucial to their win. Cillian Myers Murray scored the first after just 19 seconds, and Enda Dennehy their second in the 59th minute.

"They got a last minute goal. The next kickout was so important. We got lucky, we won the break. We tend to be a small bit up and down with our performance. I thought we were very strong in the first half, very efficient. Then in the second half, we were like a different team in the third quarter. That brought Stacks back into it.

"It's testament to our journey from 2016, 2017, all the way here. Those games, sometimes you lose them, but we had that experience at the end.

"Testament to Shieldsy (Micahel Shields) there at the end. He's watching too much Premier League. He won a free at the very last ditch. They are the small moments that get us over the line. Scully winning a break, split his head open winning a 50-50 ball that he didn't deserve to win. There was a sprinkle of them all over the pitch. It's unreal."

When The Barrs won the Cork championship in 2018, it was their first senior football title since 1985. The provincial campaign which followed saw them lose to Dr Crokes in the semi-final by 21 points.

"For a lot of players in 2018, the county final was the be all and end all," said Maguire.

"When we got over that hump, there's no bones about it, we probably celebrated too much and didn't think too much about the opposition. Those are the lessons that you have to learn, and learn the hard way. I've learned my fair share of lessons as a player the hard way it seems."

Michael Darragh Macauley: 'Christmas Has Never Been Great Since. It Was Such A Time For Family' 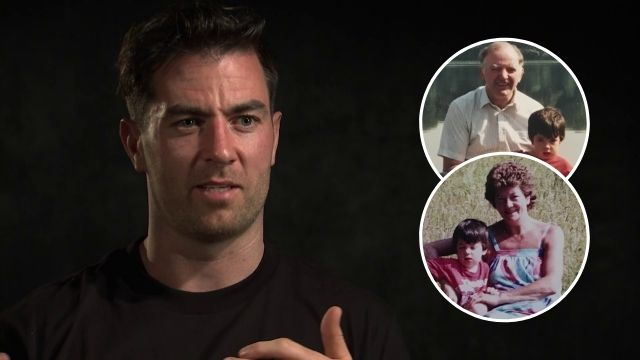