The polls have officially closed. The last stragglers have shuffled out of the polling booth and the winners can be announced. 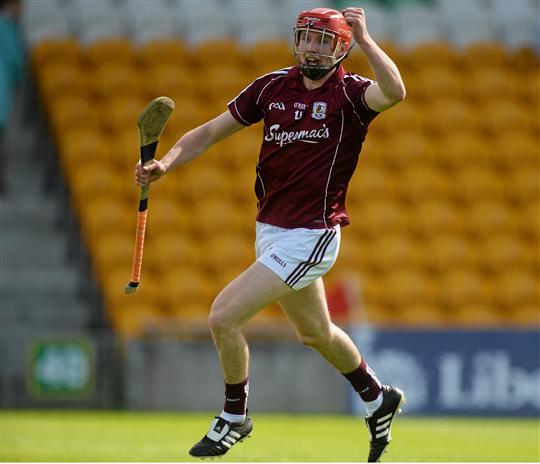 Waterford's Maurice Shanahan may have struck one of the greatest goals ever witnessed in Thurles and Willie Hyland hit an unforgettable hot streak as Laois made history.

But it's hard to deny a fella who hit a hat-trick in ten and a half minutes. Cathal Mannion's devastating attacking display downed the Dubs in Saturday and he has won the most votes in the hurler of the week poll, as voted for by you.

He secured 47% of the vote (take that David Cameron) comfortably beating his nearest rival Shanahan who sits on 31%. 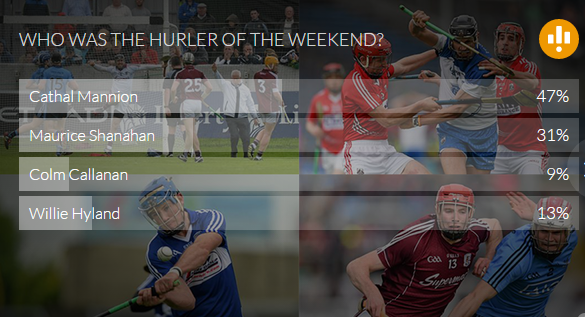 The battle in the football poll could not have been tighter. We're expecting vociferous calls for a recount to emanate from the vicinity of Celtic Park.

After a powerful display which ultimately went unrewarded by victory, Donie Kingston has taken the prize amassing 37% of the vote, pipping Derry's Eoin Bradley on 36%. 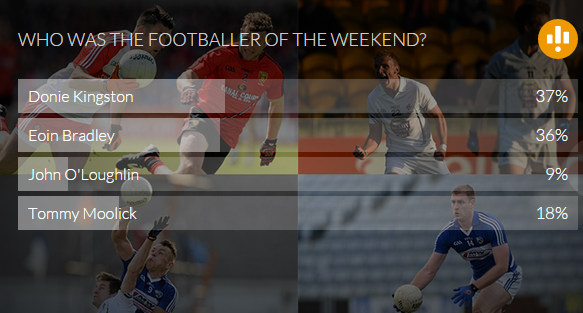 A tight finish, that football one. This weekend it's all football as Laois meet Kildare again on the Saturday and Galway face Mayo in a humdinger in Connacht on the Sunday. And there are two more Leinster quarter finals to be played off along with both Munster semi-finals.