The Irish Participants In This Year's Toughest Trade Have Been Confirmed

You may recall last year how David Bentley played at centre half forward for the Armagh aristocrats, Crossmaglen Rangers - an experience which confirmed his transformation in the public mind from an allegedly entitled pampered footballer into a thoroughly sound lad.

Elsewhere on the programme, Jackie Tyrrell spent a week with the Miami Marlins. Jackie didn't risk being barred from re-entering the country by concluding that baseball was a superior game to hurling. Quite the contrary.

Who will feature on this year's show?

Regrettably, the producers have spurned our suggestion that Seanie Johnston swap places with the Coill Dubh hurler who played the remaining 68 and a half minutes of that challenge match in 2012.

They have also given short shrift to our proposal that Ronan O'Gara swap places with Miami Dolphins kicker Andrew Franks.

Instead, Tipp's Brendan Maher is currently in Queensland trying his hand at cricket. 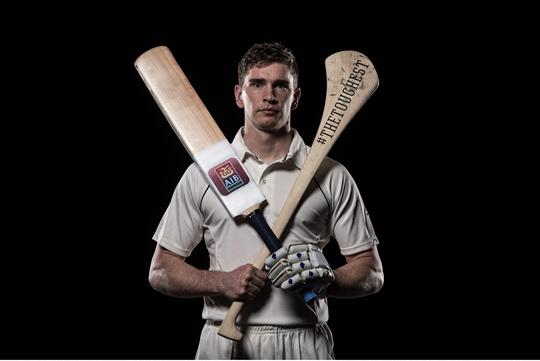 Historians are blue in the face pointing out that cricket was the most popular sport in the country in the late nineteenth century, before declining rapidly as we moved into the twentieth century, a development which was only partially attributable to the GAA.

Many have noted that the areas in which cricket was most popular are the areas where hurling now thrives. The places with the good land and tolerant, happy landlords, essentially. Maher's hand eye co-ordination should come in handy with the willow.

Today, AIB have revealed that Aidan O'Shea is the other player who is switching 'codes'. O'Shea has decided to risk concussion by heading for the States where he will give Gridiron a go. No player better suited to it.

The American participants have yet to be confirmed.

Read more: 5 Other Toughest Trade Swaps That Need To Be Part Of The Sequel