The Sunday Game has been a part of our summers for as long as we can remember. While the show has undergone a bit of a makeover in recent years, we may never reach the levels seen in the 1990's.

It was just a different beast. Here's some of our favourite moments.

(This article leans heavily on the Youtube Channel of KillianM2, which is worth losing a portion of your life to.) 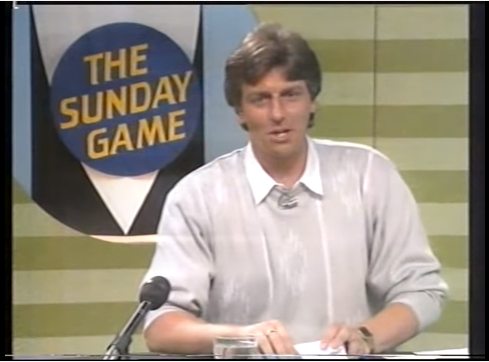 Also, he doesn't have a clue what he's doing with that collar. (Also note: the fading of Lyster's tan). 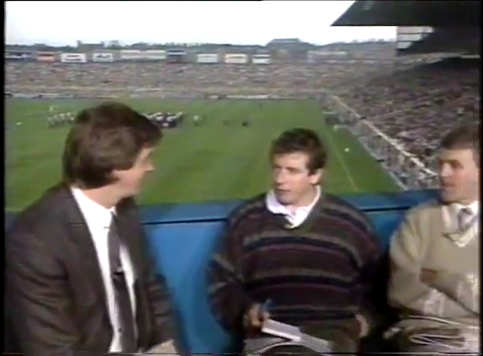 This utterly mental promo for the show in 1991

Colm O'Rourke's introduction as analyst in 1991

RTE put together a short video clip getting to know their new recruit, Colm O'Rourke. It featured an interview and meander around O'Rourke's hometown, in a clear example of an idea that began with the title: 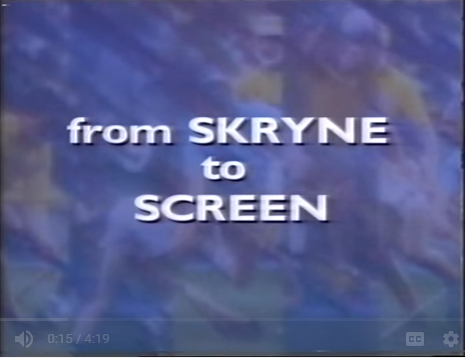 Marty has had some classics in the past, including this ahead of the 1992 Leinster football final between Dublin and Kildare.

A sign of Dublin's determination to win the Leinster Championship today is the fact three players line out with broken noses: Tommy Carr, Dave Foran, and Mick Galvin. 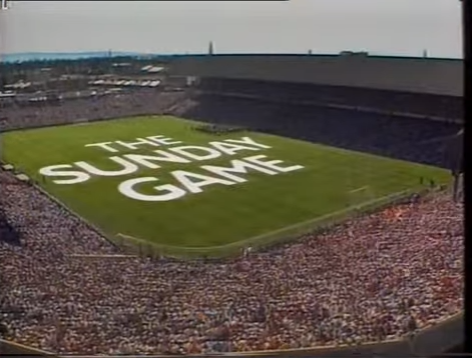 A not-exactly-efficient ratio of stats: anything else on screen

The days before tickers or various other on-screen graphics. 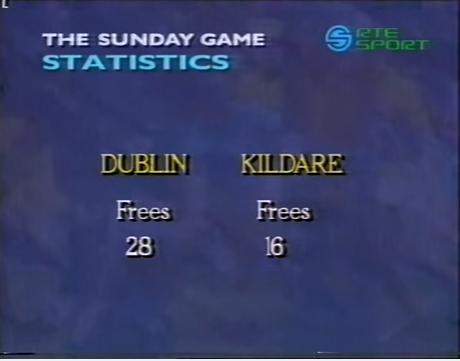 This was seven years before presenters could be offered an easy Field of Dreams pun. 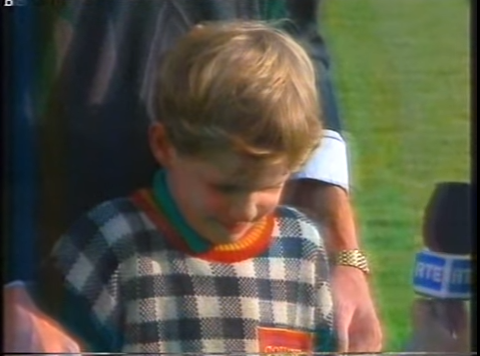 Ending on a song

In 1996, it was the turn of Wexford's Sean "Maradona of the Slaney" Flood.

Pat Spillane's commentary of the '96 brawl

It was the schemozzle to which all other schemozzles aspire, and Spillane's three-minute summary of everything that happened was masterful.

Before Bertie Ahern would analyse Manchester United the following decade, Charlie McCreevey appeared on The Sunday Game, and left quite the impression.

This fella cradling a football at Galway's All-Ireland celebration banquet 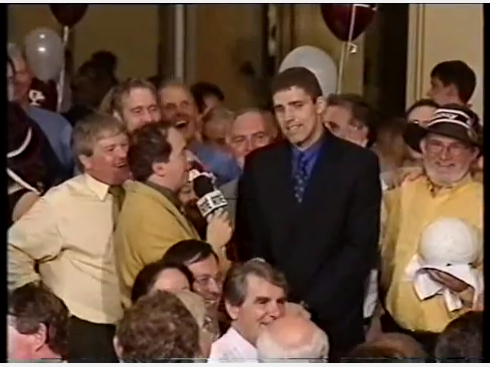 The Rewind
19 hours ago
By Mark Farrelly
Quiz: Name These 20 Peripheral Friends Characters