A comprehensive and unrelenting Tyrone performance helped them to their fourth All-Ireland and first since 2008 on Saturday. Conor Meyler was at the heart of it all.

Meyler held Paddy Durcan to a single point and played a superb diagonal ball for Cathal McShane's goal. It comes after several strong performances this summer, going toe-to-toe with the likes of Paudie Clifford and Ryan McHugh. 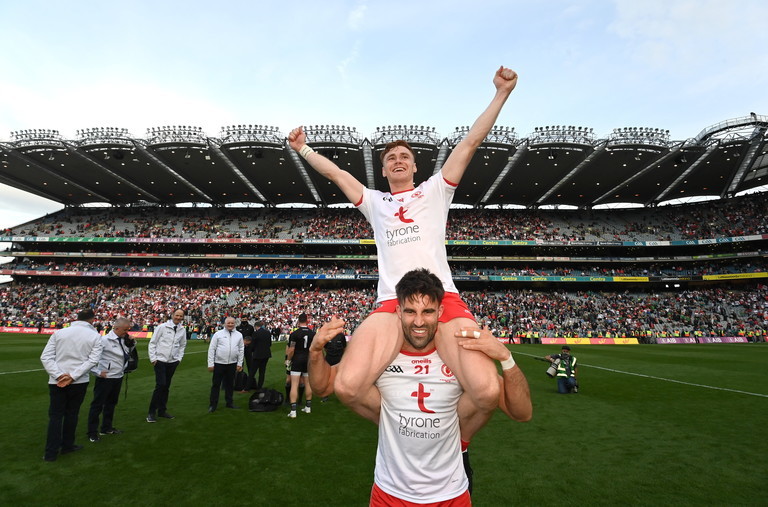 Speaking on The Saturday Game, Sean Cavanagh highlighted the Omagh man as a perfect example of what makes this Tyrone team excel.

"A lot of Tyrone's forwards are comfortable with passing the ball to the player in the better position. Speaking to the guys on the pitch, they all reference a club-like feeling. They are all very comfortable with someone else taking the plaudits.

Conor Meyler is giving an absolute exhibition out there. His athleticism, ball carrying, work rate on and off the ball is absolutely incredible to watch

Oisin McConville pointed to his pass for the goal as an example of how the Ulster champions struck the right offensive balance.

"For a team that supposedly mind the ball and recycle it, for Meyler to take the chance and pop it in. There is a good chance that the ball should be turned over. Rob Hennelly was caught in no man's land. He didn't stay on his line. He didn't take McShane out. He was caught in the middle and it made the finish easy.

"But for Meyler to look up and take the opportunity. In today's game, you get a lot of players who like to play it safe. Play it sideways and backwards because that looks well on the stat sheet. In that case, Meyler saw him and pumped it in."

Clever flick from Cathal McShane to give @TyroneGAALive a goal v @MayoGAA in The All Ireland Senior Football Championship Final ! #GAANOW pic.twitter.com/v5fsueDubg

Meyler was picked at wing-forward on the panel's team of the year. 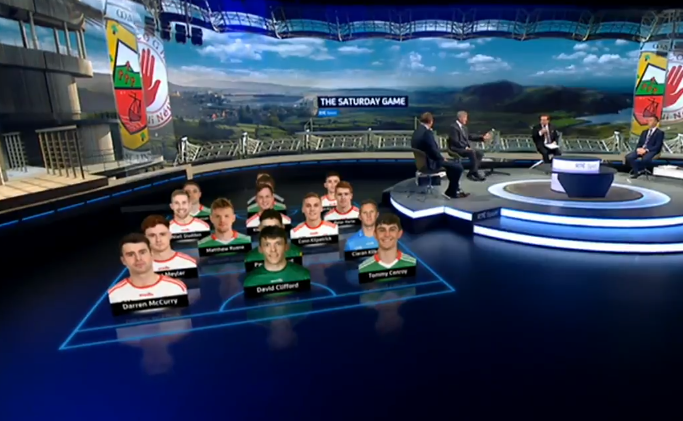 GAA
6 days ago
By PJ Browne
Meyler And Morgan Open Up About Tyrone Covid-19 Troubles
GAA
3 years ago
By PJ Browne
Tyrone Forward Played All-Ireland Four Weeks After Being Told Season Was Over
GAA
6 years ago
By PJ Browne
GIF: Tyrone's Conor Meyler Gets Black Card In Highly Debatable Decision
Popular on Balls
Football
16 hours ago
By Eoin Harrington
Watch: Caoimhín Kelleher Penalty Save Helps Liverpool Through To EFL Cup Fourth Round
Football
20 hours ago
By Jonathan Byrne
The Battle Of Old Trafford: Roy Keane On Why Arsenal 'Crossed That Line'
Football
21 hours ago
By Andrew Dempsey
Shay Given Reveals 'Horrendous' Contract Offer That Forced His Celtic Departure