One code must always be in crisis. As Gaelic football emerges from a gloomy cloud, hurling has become embroiled in a similar one. The nature of 2021's Championship preamble has only heightened the debate.

After four rounds of the Allianz League, criticism has become a weekly feature. While much of it does resemble the Gaelic football debate, one crucial difference lies in its scope and variance.

I might say a prayer to St Anthony tonight to see if he can find the “art of defending” seems to be gone from the game 🤔 pic.twitter.com/iPGwQ8ghg9

On RTE's League Sunday, they dedicated a lengthy segment to this topic. It was fair and well researched, with insightful contributions from Brendan Cummins and Derek McGrath.

However, it was also wide-ranging. A simplistic view of Gaelic football's issue was that it had become too defensive. This was the bedrock of the debate. Every rule proposal, from limiting handpasses to offensive marks, was designed to instigate an attacking evolution. A standard procedure, know the cause of the problem and then find the solution.

What exactly is the problem with hurling?

On Sunday evening's show, they discussed the lack of goals, increase in long-range points, use of possession, the weight of sliotars, volume of frees and change in formations. Issues that range from tactical to legislative. The hardware and the software.

The big question, does all the change make it a better game?

"I think it does," said McGrath.

The best players are the players playing the game at the moment. It is important to point out, that is without disparaging or disrespect for the past. There is a tendency to say traditionalists against innovator, if you like.

I think we are all the same. We all love the game. We are all involved at every level and we just want people loving the game.

'I think there's an awful lot of rubbish spoken about hurling'

We got the views of some of the game's leading managers on where hurling is at the moment #RTEGAA pic.twitter.com/PfoOfNn5rD

For example, a significant factor in the lack of goals was cynical fouls. Too often in recent years was any hint of a goal chance met with a trip or pulldown. Yet black card opponents were widespread and enacting a change in the rules proved tediously difficult.

We want a game with more flow but fewer scores. More goals but better defending. No more cynical fouls and fewer frees. Sell the cow and drink the milk.

There is a strong sense that too many can't see the forest for the trees. Ultimately, there is a desire and requirement that hurling is thrilling and hardy. Everything stems from that. If those boxes are ticked, all else pales in comparison. 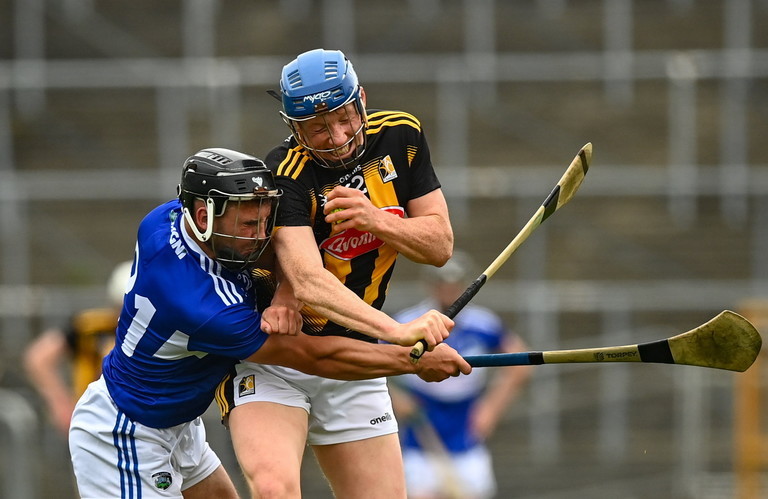 Short-passing and sweepers, high-scoring or low, all of that can be tolerated under the right circumstances.

For all the outcry over frees, there are very few examples of mistakes. The vast majority is a case of the referee enacting the rulebook. As such it will require small bedding in process. Eventually, players will learn to perfect the tackle or refuse the temptation to haul down attackers. Defending and goal chances will improve as a result.

Like the cynical foul legislation, the desired aim is a change in behaviour. It may be in short supply in this contemporary society, but a dose of patience will go a long way.

Then there is the fact that it is still effectively preseason. The condensed calendar included a shortened preparation time. Technically and physically, teams are still getting up to speed. Conditioning will improve, crowds will return and the offering will be better for it.

What is ironic is that while the barmy army bemoans the spectacle, the game itself is arguably on the cusp of its healthiest state ever. For too long, hurling has been on its knees across the country. The same historical counties contesting a cramped competition. That is why recent green shoots in Laois, Antrim and Offaly should be cause for celebration. The next step is building on that momentum and using it as a catalyst to break new ground.

Bar the odd outbreak, the counties that took part in the first Championship still dominate while there is minimal growth elsewhere. That is a far bigger failure, and concern, than the current grievances.

All of this is not to say some change may be necessary. Merely that it needs to be considered, with a definable starting point and desired outcome. Scattergun hysteria does not help.

After all, On Sunday Galway and Waterford served up a decent account for a league fixture. In last year's Championship, the Tribesmen were involved in two rip-roaring affairs. Waterford's win over Kilkenny was another all-time classic. There is life in the game yet.

GAA
1 month ago
By PJ Browne
Quiz: Can You Name The 11 All-Ireland SHC Managers In Two Minutes?
GAA
4 months ago
By PJ Browne
Subtle Change Helped Turn Gearóid Hegarty Into Hurler Of The Year Contender
Hurling
6 months ago
By Maurice Brosnan
How Galway Can Get The Most Out Of History-Seeker Joe Canning
Previous Next