'There Is Only One Word To Describe That, A Miracle'

He does not need an excuse but given he will celebrate his 90th birthday next week, Mícheál Ó Muircheartaigh has been spending some time reminiscing about former champions.

The veteran GAA commentator tremendously enjoyed watching the truly 'great team' Dublin in action last year, but what he cherishes most in the game is change. For the Kerryman, there is no greater joy than a new face lift silverware. 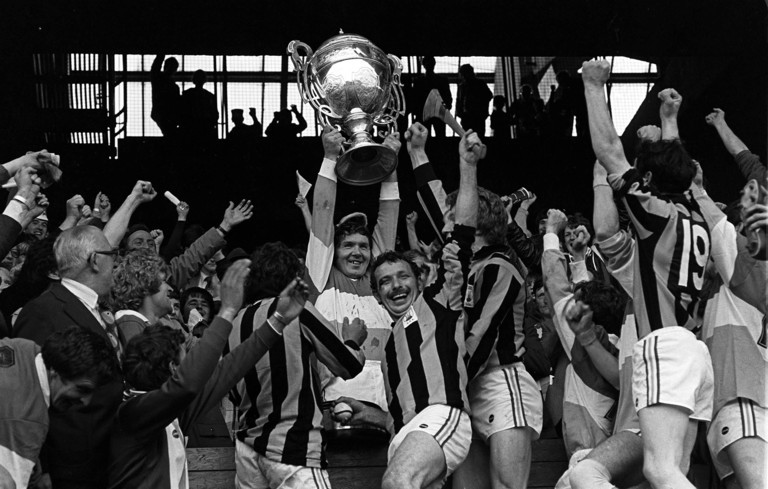 As he looks ahead to the upcoming championship, it is the remote possibility for an unlikely victor that excites him most.

"It is the same in Donegal down to Wexford or up to Antrim. The same feeling is there. They might not be as good as other counties but they will some day," says Ó Muircheartaigh.

He was speaking ahead of chapter four of AIB’s The Toughest Summer, a documentary which will tell the story of summer 2020 and an unprecedented halt to Gaelic Games. Mícheál features in the fourth chapter, which is available to watch on AIB's YouTube channel here.

"I never saw a new county win an All-Ireland in Munster, nor Connacht. I did see Offaly in Leinster. They won hurling and football for the first time. 1980 they won the hurling for the first time ever. A miracle it was. I used to love when it happened. It was a real, real miracle.

"To imagine, they came out in 1980 and beat the All-Ireland champions by one point to win their first-ever Leinster. Not alone, they went on to play in 11 in a row and won seven of them and four All-Irelands. To me, there is only one word to describe that, a miracle.

"I love to see new teams emerging. New talents. Things that never happened before happening. I saw that in Ulster and with Offaly. It is great to be looking forward. Sport keeps the country going. It is for the people."

His experience ensured he understood what success meant to counties better than most. Typically, he has a compelling anecdote at the ready to prove it.

"I saw Armagh play the All-Ireland final of 1953. At the time, I had to go into the GPO before the game and do a preview in Irish that would last ten minutes. From 3.15pm to 3.25pm.

"I wasn’t working in Croke Park that day but I was going there. I had an ordinary bicycle against the pillar outside the GPO. I hoped on it and went like hell! Up to see Malachy McEvoy. Seven minutes after I left the GPO, Malachy McEvoy came soloing up the field and scored a goal.

"But they didn’t win. They missed a penalty that would’ve put them ahead."

I thought of it in 2002 again. They won a penalty again when they played Kerry. I know the mother of the penalty kicker that day, Oisín (McConville). I was often in their house. Her brother played in 1953.

She was waiting for the brother outside after it and she said she’d never forget it. They came out, the man that missed the penalty, they had him surrounded. People giving out about it. Bill McCorry was his name. To the day he died, he was known as the man who missed the penalty. She often spoke about it. 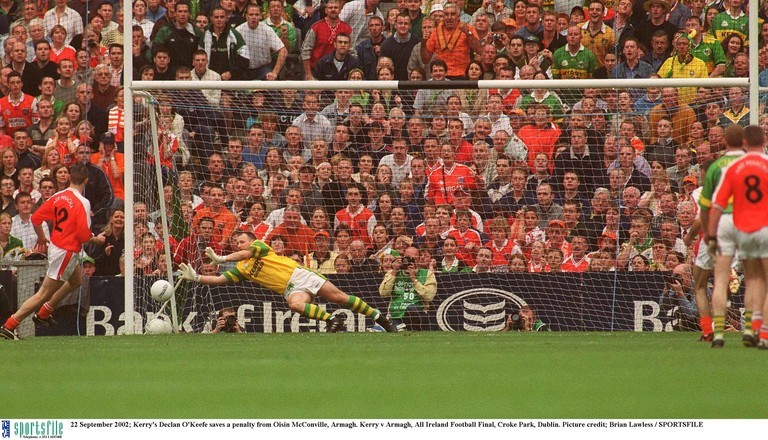 "Her son took it and he missed. She was shook to the ground. 'Will my son by remembered for the next 50 years as the man that missed the penalty in 2002?' She couldn't think of anything else.

"She said she prayed to her dead husband that our son will not be remembered for the next 50 years as the man who missed the penalty in 2002. Fortunately, he scored the goal that won the game.

"These are the things. She looks back on it. There are things from every match that mean an awful lot to different people."

While the prospect of a new name on the Sam Maguire Cup remains unlikely, Ó Muircheartaigh would accept another title for his native Kerry as an alternative. Yet he is by no means confident with a resurgent rivalry on the cards.

"They have to play Cork. It will be played in Cork. It is a straight knockout and Cork have a wonderful football team," he warns.

"Dublin went down to play them in a challenge and they got enough to do against them. A lot of Dublin people spoke about them. That will be a huge game, it could go either way. There is no back door this year. Kerry and Cork in Páirc Uí Chaoimh.

"It is good to be looking forward. If Cork win the best of look to them. It will be a difficult one this year. The pressure on the teams will be there the minute they step on the field. One chance. Leave a winner or a loser."

GAA commentary legend Mícheál Ó Muircheartaigh was speaking ahead of Chapter Four of AIB’s The Toughest Summer, a documentary which tells the story of Summer 2020 which saw an unprecedented halt to Gaelic Games.

The series is made up of five webisodes as well as a full-length documentary to air on RTÉ One in late August. Mícheál is part of the fourth webisode that will be available on AIB’s YouTube channel from 1pm on Thursday 13th August.

SEE ALSO: 'Sport Has always Been An Outlet Regardless Of How Stressful The Job Has Been'

GAA
5 months ago
By Maurice Brosnan
More Than Ever, We Need Mícheál Ó Muircheartaigh's Voice In Our Lives
28