Last night's showing of The Toughest Trade, witnessed Tipperary hurler Brendan Maher switch to cricket for a brief spell by linking up with the Adelaide Strikers while Steve Harmison temporarily took Maher's place at the Borrisoleigh club.

This was episode one of the unique sports documentary and the next instalment will see Mayo's Aidan O'Shea sample American Football. This will be aired on March 15th.

The purpose of the Toughest Trade experiment is to highlight the dedication that GAA players give to their sport by engaging with athletes from professional sports for a short stint. And while Brendan Maher's episode was well received by viewers last night, there really was one star of the show.

There is nobody in Ireland who's opinion we'd value more than a lad wearing this calibre of t-shirt! #TheToughesthttps://t.co/NvX9mQzle9

@AIB_GAA @BennyMaher Brendan who's more famous in Tipp today yourself or the feckin fresian kid?! ?? #TheToughest

So, @AIB_GAA are yiz giving away any of those @ONeills1918 #FeckinFresian jerseys? #chancer ??

Really enjoyed that! That "it's feckin fresian" t shirt the kid was wearing was brilliant #TheToughest

Where would a man get one of those 'I'm feckin fresian' t shirts?? #TheToughest

Incidentally, the 'Feckin Fresian' jersey is a masterful creation from the good people at O'Neills that was invented last year for the 2015 Ploughing Championships. And thankfully it wasn't the only one with this effort being a particular highlight. 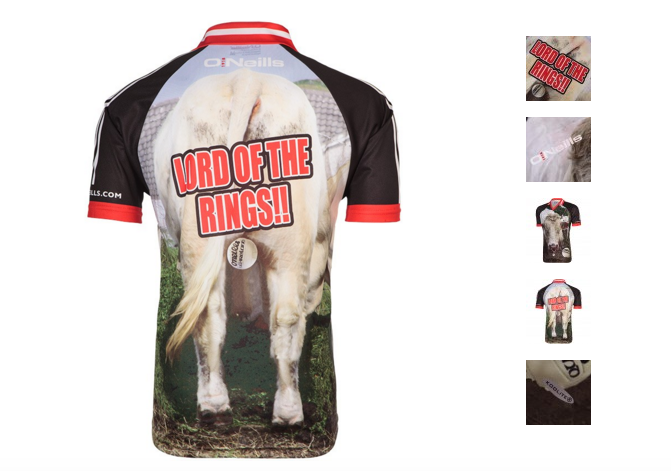 See also: The Full First Episode Of The Toughest Trade - Brendan Maher Goes Down Under