'It Would Probably Help Us If It Was Out Of Croker'

Thomas Galligan feels Cavan would benefit if their All-Ireland semi-final against Dublin was to be played at a venue other than Croke Park.

"I'd just expect it to be in Croke Park because it's an All-Ireland semi-final," Galligan, who was Man of the Match in Cavan's Ulster final victory over Donegal, said on a Tuesday morning video call.

"It would probably help us if it was out of Croker. Ah, it's not up to ùs to make a call on that, the GAA will make a call on that. We'll play wherever. At this stage we were meant to be long beat, so we'll go out and give them a go."

Cavan manager Mickey Graham told the Irish Independent that he would like to see the game played at a "neutral venue", saying that playing at Croke Park would put Cavan at a disadvantage.

Asked if Dublin have an advantage in Croke Park, Galligan said:

"Ah look, they're well used to playing there but I think everyone loves to play and wants to play in Croker.

"I don't think anyone would be disappointed if we had to play it in Croker because growing up that's exactly where you want to play. You want to be playing the best team in the country in Croker. If you make it there you'll make it anywhere."

Galligan was immense for Cavan at the Athletic Grounds as his county shocked Donegal and won their first Ulster title since 1997. The Lacken player suffered a bang to his eye early in the game but played on. He took Tuesday's call sporting a black eye.

"Physically the pains and aches are only starting to come in now because I'm kind of coming back down to earth," Galligan said.

"I still probably haven't taken it in that we've won because nobody expected us to win and everyone was telling us all week that it was just one more game for Doengal to play Dublin. That they just had to sort a few teams out and they'd be ready to take on Dublin.

"It's a bit surreal at the minute. You know, even not having the fans and meeting people. You're not going to the pub or anything like that, you can't do that and get the pats on the back you normally would. Still, nobody can take it away from us, it's great.

"I've two stiches in my eye. I have to get them cleaned up when I see the doctor tonight. I broke my wrist last year so I thought there was something else up with that after the game but it's actually fine today so I'm not worried about that. It will take a little while to loosen out, but it'll be fine. We're back at training tonight and we'll get back on the horse."

Cavan play Dublin in the semi-final on December 5th.

"I suppose it's a little bit daunting but it's also exciting," Galligan said about facing the five-in-a-row All-Ireland champions.

"You're playing the best team in the country and you'll really know where you're at when you play them. There might be a bit of 'daunt' or whatever, but more people will be excited to get playing them. If you said at the start of the year that Cavan would be in an All-Ireland semi-final you would have gotten good odds. I think we'll enjoy it more so that be afraid of it.

"Nobody expected us to get here. There's no pressure on us, we're going out and playing football. The favourites tag probably weighed heavily on Donegal the other night, so hopefully it'll be the same for Dublin."

See Also: Open Letter On Death Of Leinster Football Strikes A Chord That Could Mean A Breaking Point 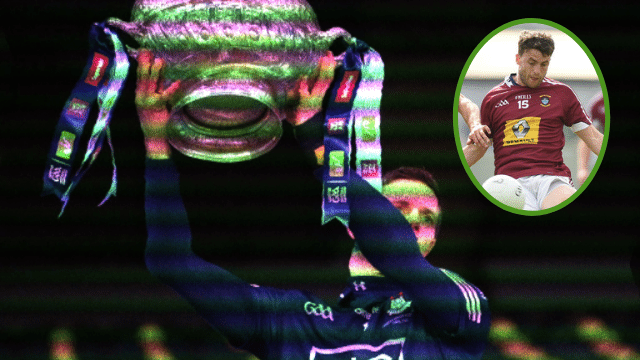