A blockbuster in Kingspan Breffni. Tyrone and Donegal collided in a typically ferocious Ulster semi-final. Controversy, as expected, came.

Referee David Gough was kept busy. Within ten minutes he was reaching for a black card as Peter Harte had his Saturday evening cut short due to a deliberate trip. Yet another Tyrone star could have also seen the line for one incident that officials missed.

Early in the second half, Tiernan McCann enraged Donegal players after he appeared to make contact with the face of  Stephen McMenamin. 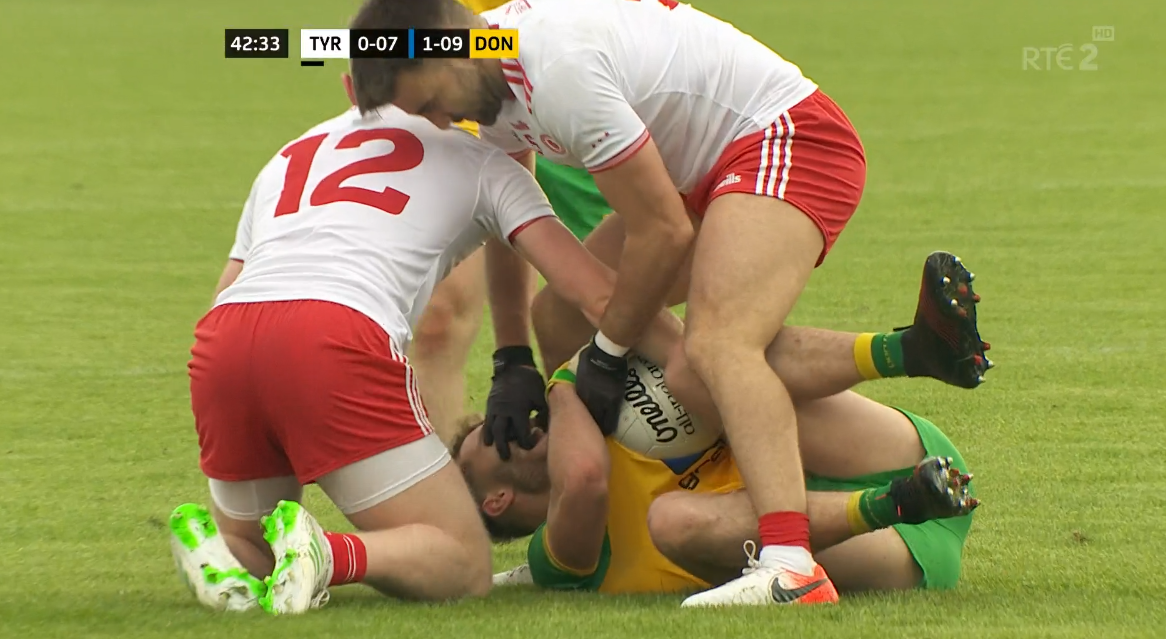 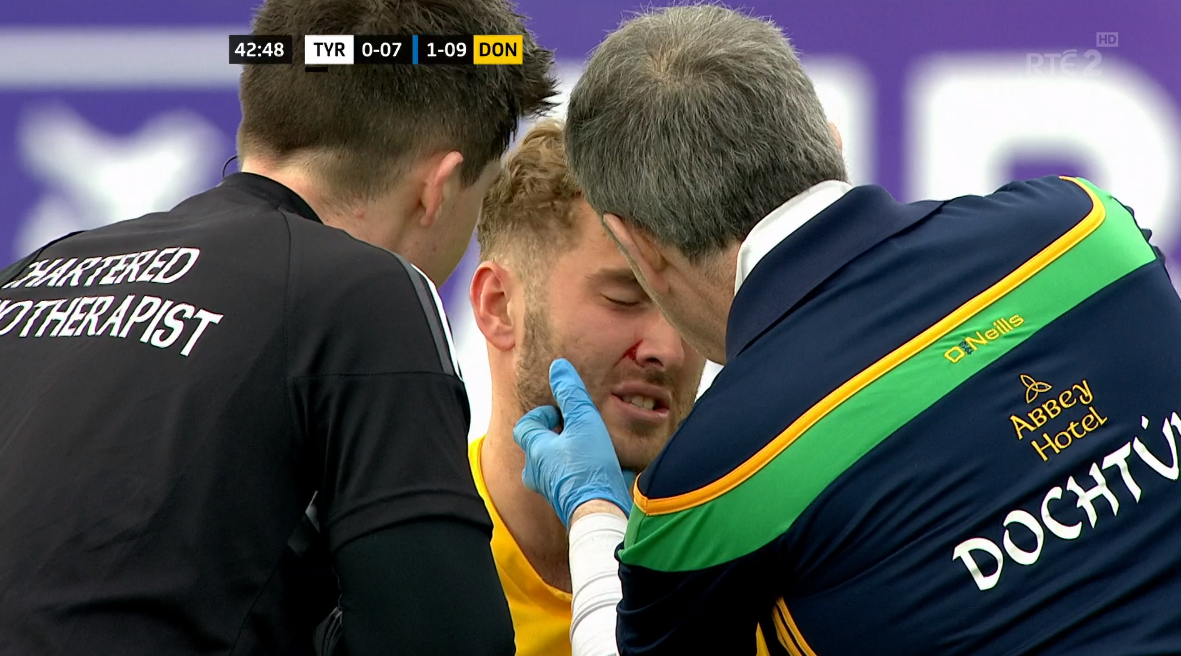 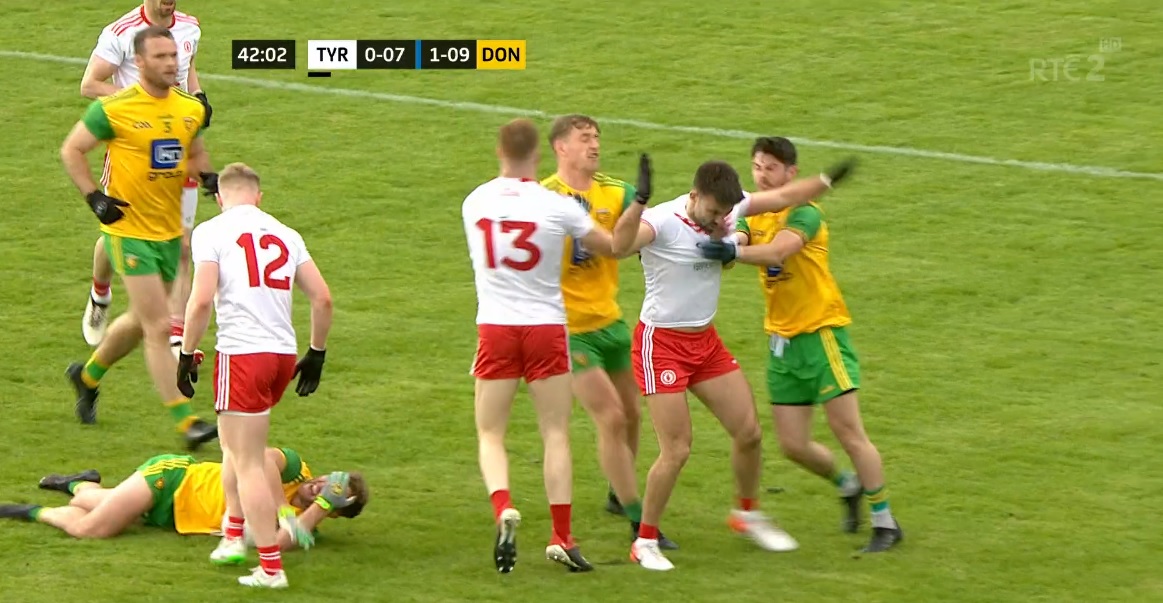 McCann was unpunished for the clash and later came off injured.